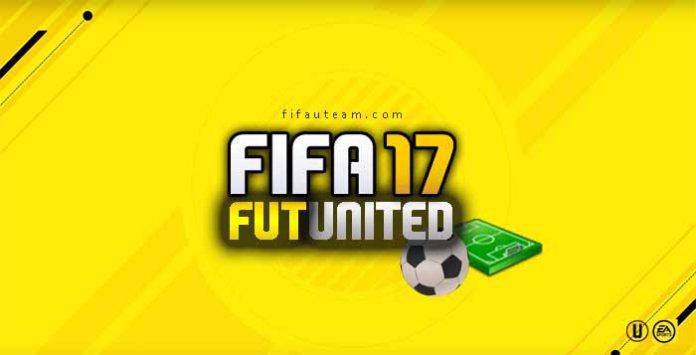 FUT United is a promotion which takes place twice a year and offers VIP tickets, FUT packs, FIFA 17 coins, giveaways and eventually a new featured tournament (FUT United Cup). In this guide you can know everything about FIFA 17 FUT United, including how it affects the market, how it was in previous years and an updated promotional offers list.

What is FUT United?

In order to be eligible to these prizes, the community have to play and win any FIFA Ultimate Team match (which includes the mode’s introductory match, Seasons, Tournaments, Challenges, both online and offline) except FUT Draft during the Promotion Period. Usually, FUT United is also associated with the release of Daily Gifts.

During this event most of the prices go down slightly, especially during the best Happy Hours and gifts. However, a crash like happens with Black Friday, FUTMas or TOTY are totally out of question.

Details on FIFA 17 FUT United offers will be updated below.

When FUT United will be released?

The FUT United promotion has been going since FIFA 13 and is now divided into two periods.

For FIFA 17 Ultimate Team, the estimated FUT United dates are:

In the following table you can see the FUT United release dates of previous years:

What you can win in the first edition of FIFA 17 FUT United?

No offers were announced yet.
We will be updating all the promotional offers as they become available.

What you can win in the second edition of FIFA 17 FUT United?

No offers were announced yet.
We will be updating all the promotional offers as they become available.

How was the FUT United in FIFA 16?

These were the offers of FUT United last year. How the Market is Affected by FUT United

What happens to the cards’ prices during FUT United?

During the FUT United most of the prices will go down slightly, especially during the best Happy Hours and offers, like lightning rounds that were released at two hour intervals last year.

If you want, you can sell your players before FUT United begins (as soon as possible) and buy them back later.

Part of the community knows that FUT United happens some time around the month of november, but doesn’t know when exactly. Plus, until EA announces it, which is on the same day it begins, there’s always some level of uncertainty on whether it will actually happen or not. Naturally that’s why it is found that the market only reacts to this event after it starts.

In previous years, FUT United hosted the first market crash. On FIFA 16, for example, between the first and the last day of the event, the market’s prices decreased around 20%, a very considerable percentage taking into consideration the fact that it only lasted four days. This year, due to the greater importance of Halloween, it’s likely that this devaluation won’t be too big, although the potential 100k packs release during the event might work as its differential.

Normally the market devaluation occurs mainly on the first days of the event. Then, in case no other demanded FUT packs are released on the store, it’s most certain that the prices maintain themselves. Since the Black Friday comes just a few days after the end of FUT United, the market doesn’t recover at all. As the season advances, less interesting are the new events for the players. A good example of this is the second edition of FUT United. The impact this promotion has on the FIFA 17 Ultimate Team transfer market is almost despicable.

This event starts with no previous announcement, which means only after this moment prices start to gradually drop. This price decrease is felt during all of the days of the event, therefore the minimum is reached on the last day.

After FUT United, normally a slight market recovery is registered.

What you need to know about FUT United

Q: What is FIFA 17 FUT United?
A: FUT United is an event that Electronic Arts organises for the FIFA 17 community.

Q: How many editions FUT United has?
A: Two. The first one on November and the second one on February.

Q: When were FUT United last year?
A: You can see all the dates since the first FUT United clicking here.

Q: How can I be eligible for these prizes?
A: Play and win any FIFA Ultimate Team match (which includes the mode’s introductory match, Seasons, Tournaments, Challenges, both online and offline) in FIFA 17 except FUT Draft during the Promotion Period and you will be automatically entered into the Promotion.

Q: How is the FUT United Cup?
A: It is a online/ single player tournament available during the promotion period, which has better rewards than usual.

Q: Which packs can we expect to see in the store during FIFA 17 FUT United?
A: Unlimited 15k packs should be available during the whole promotion. 25k, 35k, 50k and 100k packs should also be released.

Q: Will EA Sports release free packs to everyone during FIFA 17 FUT United?
A: Probably not. However, Daily Gifts will be available during the event to be redeemed in the Companion and Web App.