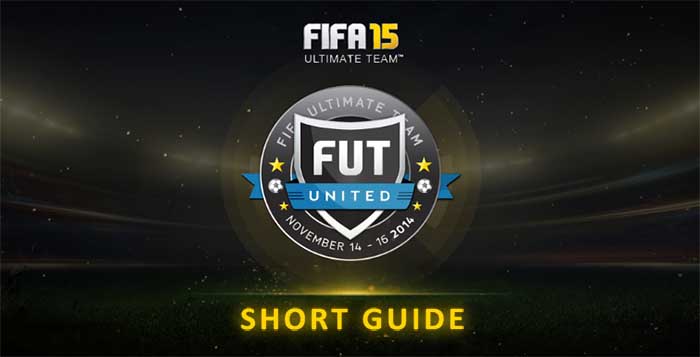 Q: Which are the highlights of FUT United for FIFA 15 ?
A: FUT United is know by three main offers: the chance to get VIP tickets for a BPL match or win 1 million coins; a special tournament; and special Happy Hours.

Q: What exactly are the prizes ?
A: One package which includes includes round-trip airfare and accommodations for two people to see two Barclays Premier League matches in Manchester and London on the weekend of December 6-8, 2014 and ten unique winners of 1 million coin prize packs for use in FIFA 15 Ultimate Team.

Q: Which BPL matches are these ones ?
A: Southampton vs Manchester United and Manchester City vs Everton.

Q: How can I be eligible for these prizes ?
A: Play and win any FIFA Ultimate Team match (which includes the mode’s introductory match, seasons, tournaments and challenges, both online and off) in FIFA 15.

Q: These prizes are available for all platforms ?
A: Yes. Players of Playstation 3, Playstation 4, XBox 360, XBox One and PC can win it.

Q: How is the FUT United Tournament ?
A: It is a on line / single player tournament that takes place during the weekend and with good prizes. You can know more about it here.