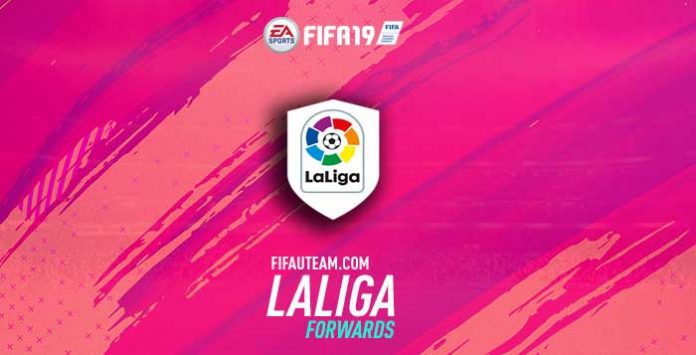 Who are the best FIFA 19 LaLiga forwards? Let’s find out good centre forwards and strikers to your team!

The forwards are the players on which fall the most responsibility of scoring goals.

No other league has as good strikers as LaLiga. Messi, Suárez, Griezmann… can we stop?

To score goals shooting is necessary. If either by foot or head, the most important attribute for a forward are: shooting, heading and pace.

Most goals are scored with the foot so good shooting is a necessary attribute for a forward.

The most rated strikers are also the ones with the best shooting stats: Messi, Suárez, Griezmann and Diego Costa.

Jump, strength and stamina are the ingredients to the new physical attribute, very important when we are analysing the best forwards: jump to score with the head; strength to dispute the ball with the opponents; and stamina to sprint in direction of goal at any time of the game.

That’s here where we see that how good is Suárez. Messi, for example, is almost in the bottom of this list.

Depending on the style of play and formation, having good shooting and heading may not be enough for a striker. Especially in games that privilege counter-attack, pace is a very important attribute.

William and Musa are the fastest strikers in the Spanish league. In other hand, Aduriz is one of the slowest strikers. Jorge Molina is on the bottom of this list with pace of… 38.

Messi is the best FIFA 19 LaLiga forward, without any discussion. He has the best passing, dribbling and shooting stats. His natural position is CF but you can use him as a ST too. The only problem is his price forcing many players to find an alternative.

Suárez and Griezmann are amazing players. Both guarantees you many goals. The only weakness of the Atlético’s striker is his strength, something that Suárez is really good. For lower budgets there are many decent strikers. One of them is Rodrigo, who is much better this year. You can also play with Williams – great for runnings – or Diego Costa – good for crossings. 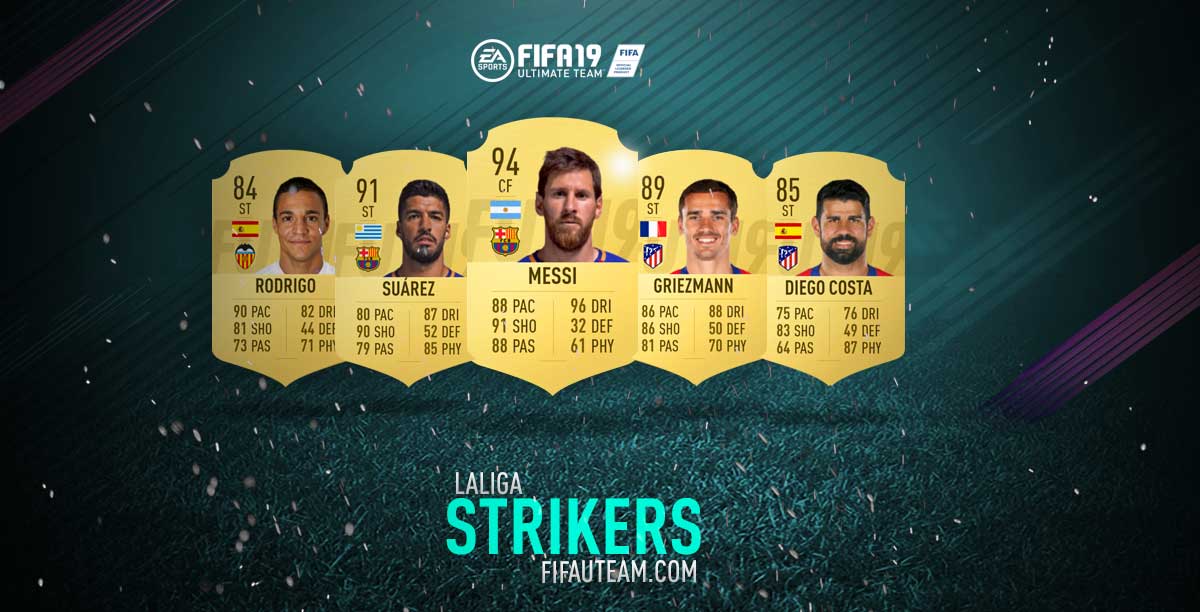