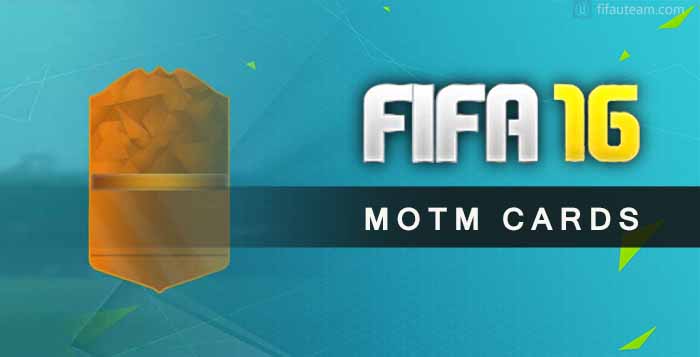 MOTM cards are the most unpredictable IF cards of FIFA 16 Ultimate Team. Let’s learn something more about these cards.

The MOTM cards were created in FUT 12 to reward the best players of matches not covered by the TOTW cards. It is the case of the UEFA club competitions final stages, domestic cups finals and International National Teams finals.

An orange card is assigned to the best players of these matches, according to EA Sports. They become available in packs for only 24 hours. During this period, the Man of the Match cards replace the corresponding regular cards. In other words, in the day a player gets his MOTM cards in packs, it is impossible to find his regular card there. Your odds of pulling a MOTM card from a pack are exactly the same of pulling the regular card of that player in another day.

If you own the regular card of a player elected MOTM, your card will keep unchanged. If you want the improved version, you will need to buy the corresponding MOTM version in the market or pull it from a pack in that day.

The ratings and attributes of MOTM cards are usually boosted in one or two points, compared with their last TOTW card or, if it doesn’t exist, their regular cards.

These cards don’t have any periodicity. Usually they are released between March and September, because it is when the tournaments are coming to the end or when domestic Cup finals take place, with predominance for weekdays. Most of the times, when a player perform well in a Saturday or Sunday match, he only gets his MOTM card in the Monday, because EA Sports doesn’t have a team working on this during the weekends.

Each MOTM card is released only a few hours after the match ends, always at midnight (UK time). It is not possible to have more than one MOTM card for the same game.

It is possible for a player to have more than one MOTM card, if they have been assigned in different games. These cards differ from each other only in the ratings and attributes (eventually in the position too). The more recent is the card, the higher is its rating.

The MOTM cards are the most unpredictable of all. If you usually don’t pay attention to what is happening, you may not give for them, because they come in packs for only 24 hours and almost always associated with Happy Hours.