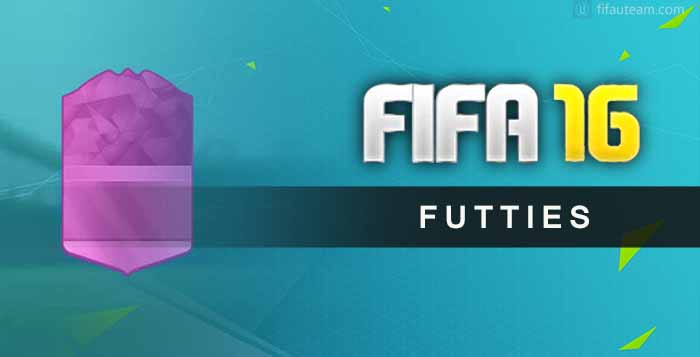 FUTTIES are the Oscars of FIFA 16 Ultimate Team. Let’s learn something more about these cards.

Pink cards were released for the first time ever in Ultimate Team history for FIFA 15 Ultimate Team. These cards work exactly the same way of TOTW do but they have a different colour. They are supposed to be more expensive because they are different but in the pitch they play as TOTW players play.

EA Sports and RED Apple have partnered up and released a new exclusive players pack for 50k and a limited-time tournament with a pink Marquez as prize. All the proceeds went to (RED)’s fight against AIDS. This card was an exclusive for FIFA 15 on iOS and Android devices.

On consoles, the pink cards were assigned to FUTTIES, the special award in-forms chosen by the FIFA community. The eleven players with more votes, for each one of the award categories, get one of these cards with boosted stats.

The ratings and attributes of FUTTIES cards are usually boosted in one or two points from the best card among his regular, MOTM or TOTW version.

The position of the players in these cards may change if during the season they played really well in a different position.

All nominees have special pink-colored items with base stats available to find in packs. All FUTTIES winners will receive a special boost and feature a gold trim to signify their accomplishment. If you have a winning FUTTIES item in your club, they will automatically receive the boost.

Here they are the FUTTIES categories: Category 2
Get Stuck In
Best tackler

Category 7
One Club Man
Most loyal

Category 10
The Maestro
Most creative player