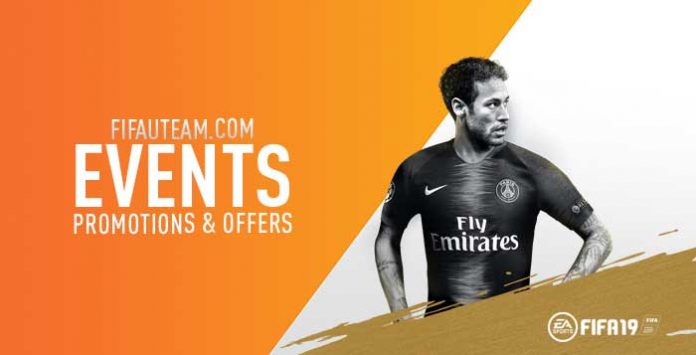 TOTY, TOTS, FUTTIES, Black Friday, FUTMas, FUT Birthday… there are so many FIFA 19 promotions, events and offers that you probably don’t know them all. We are here to guide you, explaining every single FUT promotion, showing when they will be out and making a comparison between them all.

Which event is coming next?

Which one is the best FIFA 19 Promotion?

The best way to introduce you to the FIFA 19 promotions is to show you the following table, where you can see what is included in each event. These offers are based on last year promotions and new details we had access.

Overview from each FIFA 19 Promotion

FIFA 19 Ones to Watch FIFA 19 Ones to Watch offers themed squad building challenges and, the most important, 23 special cards that always match the highest TOTW, MOTM, Hero, Record Breaker or Team of the Tournament items from a selection of players.

FIFA 19 Ultimate Scream is the first real themed promotion of the season. It features multiple packs offers on the FUT store, themed kits, new squad building challenges and a few other surprises, like the release of the Ultimate Team Scream cards. These special items are upgraded along the season with different boosts on two attributes.

This promotion is not one of the most popular but it is still important because it is the first one. The event FIFA 19 Black Friday, which takes place on the day following Thanksgiving in the United States, is known by offering something new every hour, like multiple pack offers and flash squad building challenges.

This is a big deal for the FUT community since it takes place just before other important events like FUTMAS and TOTY release. 19 Days of FIFA is a yearly event created by Electronic Arts to celebrate the holiday season. It is announced as the FUT biggest social giveaway because it offers special daily gifts to their social network followers, like FIFA copies, signed jerseys of popular players or clubs, signed boots, FUT in-game items, free Ultimate Team packs and more FIFA and football related merchandising. FIFA 19 FUTMas is a festive promotion created every year by Electronic Arts to celebrate the Holiday season. During the event there is always something new to everyone. It offers all day promo packs on the store, lightning rounds, an exclusive kit and new squad building challenges. FUTMas cards are also released according to the jerseys numbers, national FIFA ranking and league’s position.

This promotion, which runs alongside 19 Days of FIFA, is very important to the community because it is the last one before the TOTY release. FIFA 19 TOTY is a FUT promotion which takes place to celebrate the best players of the year. It offers multiple packs offers on the FUT store, new squad building challenges and a few other surprises.

This event is more known by the release of the blue TOTY cards. They are the best players cards of FIFA 19 Ultimate Team. Future Stars is a brand new FUT event released for the first time ever in FIFA 19. The promo is based on hot young prospects, who are released in packs with upgraded ratings and stats. Some of these players are also assigned via SBCs and weekly objectives.

During this event, there are also promo packs available on the FUT 19 store and new SBCs are released every day. Headliners is a brand new FUT event released for the first time ever in FIFA 19. The promo is based on the players who are on an exceptional run of form during the first half of the season. They are released in packs but some are also assigned via SBCs and weekly objectives. The upgrade will always stay one in-form ahead of the most recent qualifying performance based in-form throughout the remainder of the season.

During this event, there are also promo packs available on the FUT 19 store and new SBCs released every day. FIFA 19 Lunar New Year, is a FUT event which takes place once a year to celebrate the Chinese New Year. Each year is related to an animal sign and 2019 is the year of the Pig.

During this promotion, one of the least known FUT events, the fans receive a few special offers like special rewards for the most loyal players, promo packs and a themed kit. FIFA 19 Winter Refresh, is a FUT event which takes place for the first time ever this year. It is one of the biggest content updates of the entire year in FUT.

During this promotion, you can find new versions of ICONS, new Ones to Watch players, upgraded ratings for over 130 players, skills and weak foot upgrades, new players in League SBC rewards plus repeatable and non-repeatable SBCs, new player SBCs, Themed Daily and Weekly Objectives. FUT Player Days , is a four-days FUT event known by making a 50% off on the price of the most popular packs.

It features the return of 18 “Best Of” In-Forms plus engagement rewards, Buy One Get One Free packs, SBCs, Prime ICON Moments, Log-In rewards and a custom kit. 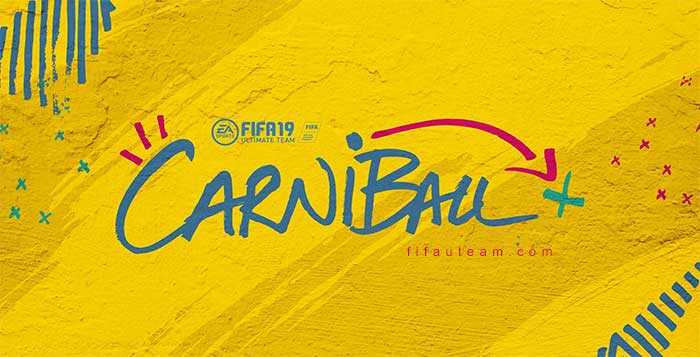 Carniball event was released for the first time in FUT 19. A total of 26 players are selected to embody the play style of each of eight major Carnival countries. Each of them gets a significant ratings upgrade to reflect their style of play. FIFA 19 St Patricks Day is a FUT event created to celebrate the traditional death date of Saint Patrick, the foremost patron saint of Ireland. During this Promotion, Electronic Arts releases a themed kit and a themed objective.

This event was largely known by the green cards assigned to a selection of Irish players. However, this year no special cards were released. The themed cards released during this event are from players who were fan favorites in previous versions and players in different positions. FIFA 19 Team of the Season is one of the most important moments of the game. It is a celebration of the very best players from the season, across Europe and the rest of the world. This event is released every year in May/June and lasts for about six weeks. During the TOTS, great offers are shared with the FIFA fans, including several promo packs, themed cards, squad building challenges and special rewards.

The Team of the Season is more known by its blue cards assigned to the most informed players from several leagues. In some of them, an extra player is also available via SBCs or weekly objectives. The FIFA 19 FUTTIES is a kind of FUT Oscars. This event is released every year in July and lasts for about six weeks. During the FUTTIES event, great offers are shared with the FIFA fans, including several new and old squad building challenges and exclusive players’ pink cards .

FUTTIES is the last big event of the season and, for that reason, EA tries to make available multiple and original offers. The most popular one are the pink cards voted by the FUT community.