Who are the best FIFA 19 Bundesliga defenders? Let’s find out good right-backs, left-backs and centre-backs to your team!

A goalkeeper task is made easier if in front of him are quality central backs. Their function is to stop the opponent from getting dangerously close to your team’s goal.

Mats Hummels is the centre back with best reputation in the Bundesliga.

On a centre back, two attributes assume particular importance on their performance: defending and physical, which represents strength, stamina, aggression and jumping.

A player with good at defending will have an easier chance of dispossessing the opponent and avoid him reaching your box.

It’s the case of Hummels. It’s really hard to get past them.

The physical attribute shows the old heading capability but also how likely the players are to win game with their body. This is a crucial attribute when looking for the best centre back.

In this chapter, the players from the Bundesliga are very balanced.

Defending and heading may be useless against fast opponents. It’s necessary to fight fire with fire. No one likes feeling impotent when seeing you get overrun by extremely fast players. Even though, in a way, centre backs aren’t that fast, every team needs one of these players with a high pace attribute.

This is where Hummels is weak. There are much faster players in the Bundesliga. The first on the list is Nordi Mukiele.

Jérôme Boateng is our number one choice for this position. Fast and with good defending and attacking attributes, he is for that reason the most expensive of all central backs playing on the Bundesliga.

Hummels and Naldo are also decent players but no as fast as we would like. Vogt was a nice surprise, specially for medium-low budget squads. He is cheaper than other more popular players like Sule, Toprak and Tah. 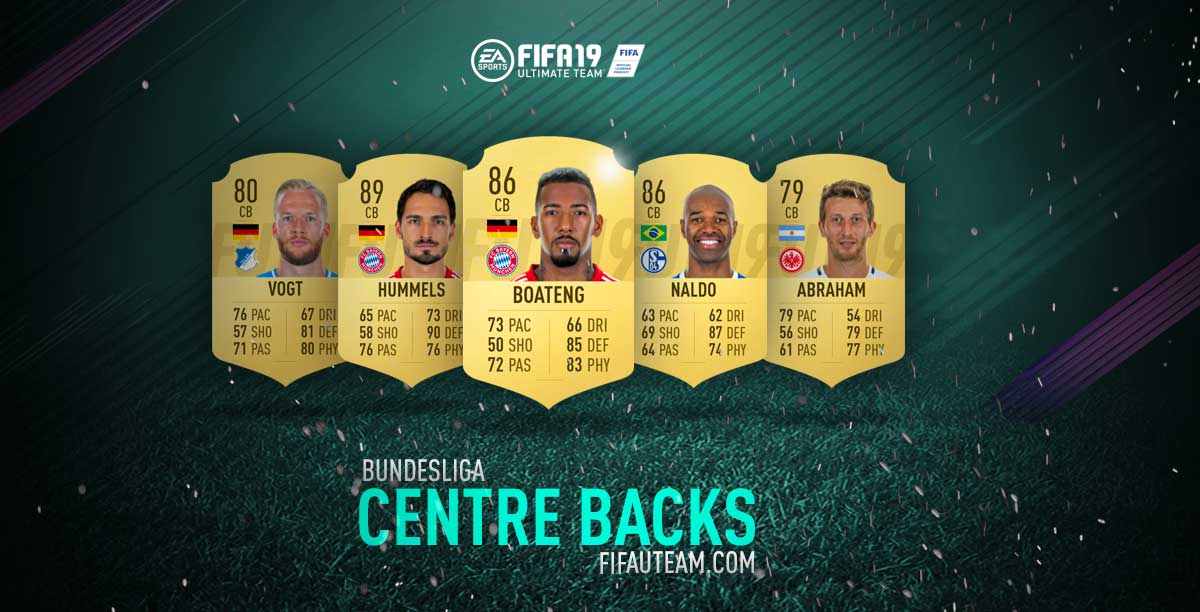 Full backs have the role of troubling the job of wingers. In addition, good full backs also support their team mates on offensive manoeuvres.

Kimmich surpassed Piszczek and he is now the most rated right back.

There are very important attributes for any right back: defending and pace.

Since they’re defenders they should have good defending capacities. This reduces a team’s risk of conceding.

In Germany, no other right back defends as well as Lars Bender.

A flanked game tends to be faster than a game based in the middle of the field. The players that fill these spaces are obligated to be fast, both penetrating defensive and attacking moves of the team. Pace is one of the most important requirements for a good full back. Even in FIFA 19.

Only Jeremy Toljan may be considered a fast right back.

There are no great right-backs in this league. The exception is Kimmich and Piszczek. The first one can play everywhere but doesn’t have the pace and the defensive skills of the Dortmund’s defender.

If it wasn’t his pace, Bender could also be a good alternative. It’s true that Caligiuri and Weiser, our fourth and fifth choices, are poor defenders but at least they are fast and attack well. 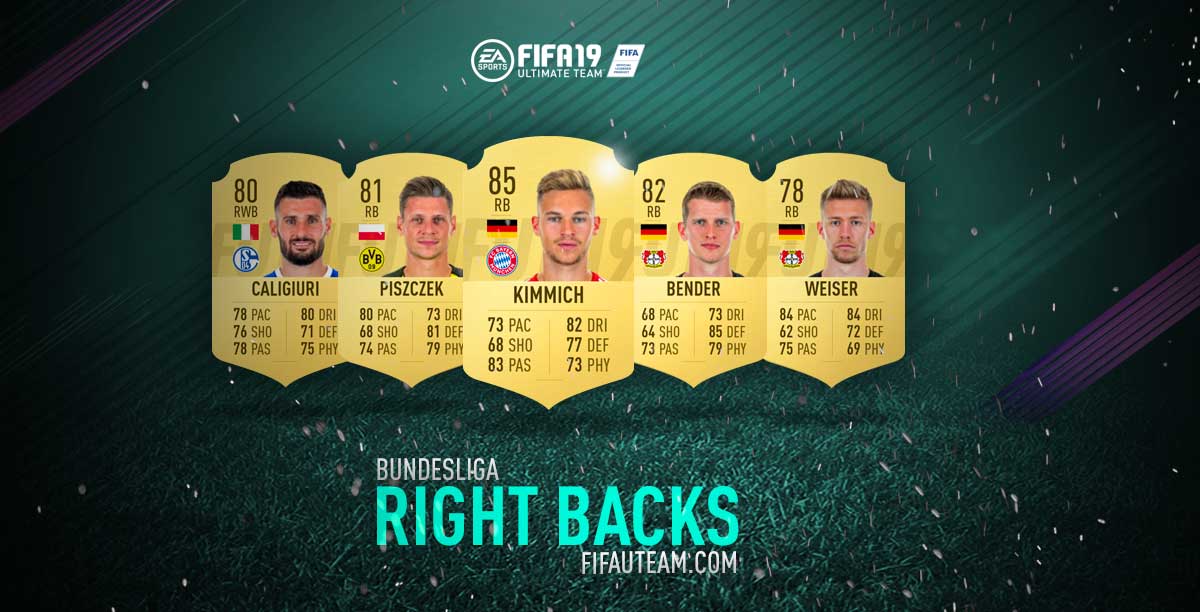 Left backs have exactly the same role of their team mates on the other flank. In other words, they try to make a winger’s job hard and participate in the team’s offensive manoeuvres.

On the Bundesliga, there is a left back that stand out more than the other ones: David Alaba.

Besides being the high rated LB, Alaba is also the one who defends better in this league.

Saracchi is the fastest left back from the Bundesliga.

David Alaba is, in our opinion (and probably almost everyone’s opinion), the best left back playing in Bundesliga. He is one of the best left backs of FIFA 19, and that’s why he is widely used in hybrids squads.

Jérôme Roussillon is our second choice. He’s far from the Alaba quality but he costs several times less. 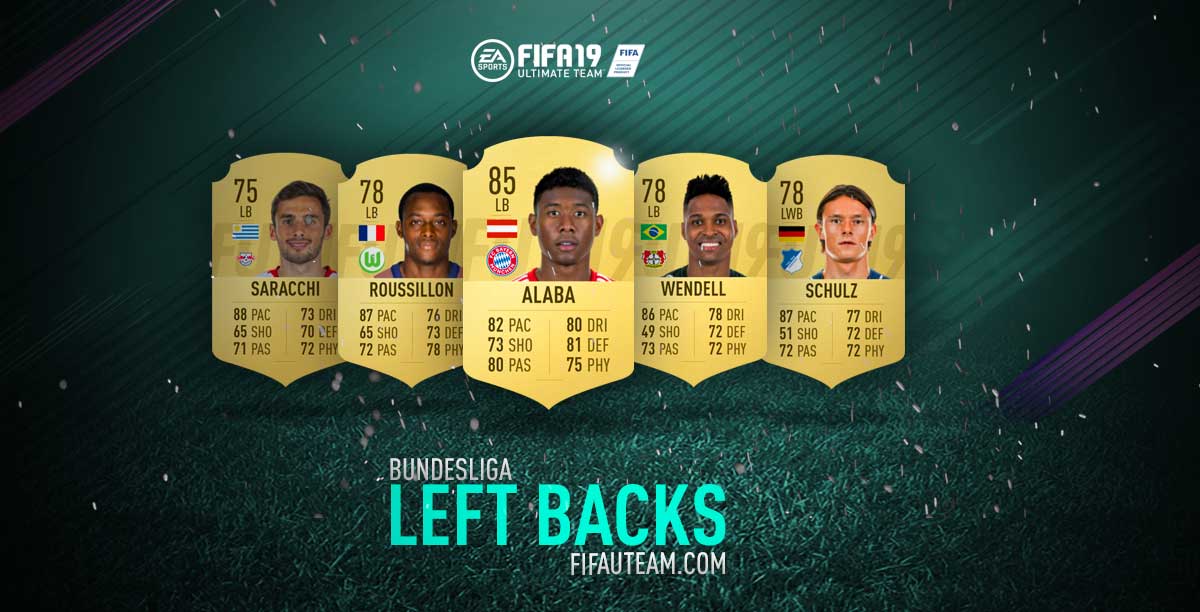