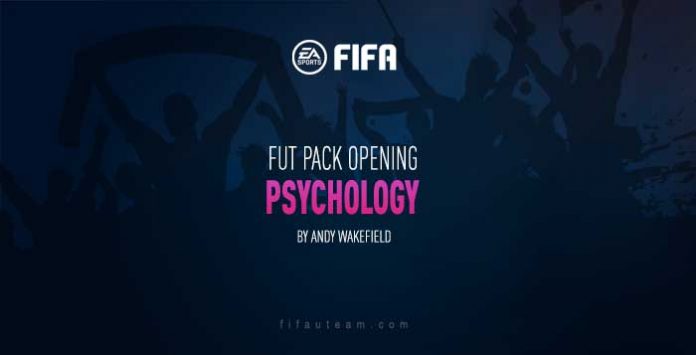 Why do we love card collection and FUT pack opening? To find the answer to this question, we asked the help of Andy Wakefield. He is a postgraduate student in Applied Sports Psychology based in London, who has been playing FUT since FIFA 10, hoping to pursue a career in Sports Psychology within esports. Let’s see what he has to say…

Why do we love card collection and FUT pack opening?

Recently I’ve been hearing more and more people in the community referring to FUT as a soft gambling game and that the menus are more fun than the game itself! I’ve heard streamers such as Nick28T, for example, referring to packs as ‘fruit machines’. So I thought it might be interesting to go through some psychological theory on why we love card collection and opening packs!

There are loads of collecting theories on what motivates us to collect things and card collect in this case. Many of the motives offered across psychology revolve around the ‘self’ and developing a more positive sense of self from collecting. It is suggested by McIntosh & Schmeichel (Not Peter or Kasper) that we are drawn to collect as a means of bolstering our sense of self by setting goals that are tangible, providing us with concrete feedback. Basically, we gain confidence and positivity from setting collection goals that are attainable and have a known reward. Icon SBCs would be a good example of this as the known reward of the Icon is based upon collecting the various squads.

Alternatively, famous psychologist Carl Jung suggested that collecting and completing sets links back to when our ancestors used to collect nuts and berries that were essential to survival!

Interestingly Sigmund Freud had a theory on why people collect cards, which is as bizarre as you might think! This theory says that people have a need towards “an object of desire”, which begins at birth. This stems from an infant first desiring emotional and physical contact of a breast at the “anal-retentive stage”. Over time this is replaced by a blanket or stuffed toy for emotional security to fall asleep. When we collect cards, a sense of control and comfort is found though possession of items similar to that of the stuffed toy or blanket.

Freud also said that this want to collect stems from unresolved toilet training conflict. Loss of bowel control was traumatic and frightening to the child before toilet training, therefore a collector is collecting to find short-term gratification to mask the trauma of early bowel movements. In a sense the collector is trying to regain control of their bowels… So essentially the reason we all go mad for dynamic images and collecting new cards from promos is the lack of bowel control we had as kids according to Freud…

A large majority of the community engaging in opening packs will watch and consume influencers opening large amounts of packs and perhaps see successes. Especially in YouTube highlight videos, giving players a false sense of odds. This is where a gambler’s fallacy would entail as players would overestimate the chances of packing players and be encouraged to rip more packs.

We also have a system of losses being disguised as wins to encourage the opening of more packs. For example, a walkout from a pack might be a ‘win’ or an IF card. When in most circumstances you will be at a loss, both virtually or monetarily when accounting for ALL the packs opened. EA also cleverly, include boards for 83+ and increasing confetti at rating levels. This is all masking a loss. So that this losing is masked by a new kind of “quasi winning”. I myself will hear people saying ‘At least it’s a board, or a board is good’ when in real terms 83’s will be worth 1.2-2k.

Cognitive entrapment can also be seen in FIFA player behaviours as decision-making sways towards more packs to justify the prior investments. I think of this in TOTY where after rinsing the club I began investing coins in rare players to keep opening league packs in the hope of justifying prior investment.

Reading about this stuff and creating this post made me think a lot more about why I love playing FUT and have done for so long. Also made me realise how mad some of Freud’s theory really was…