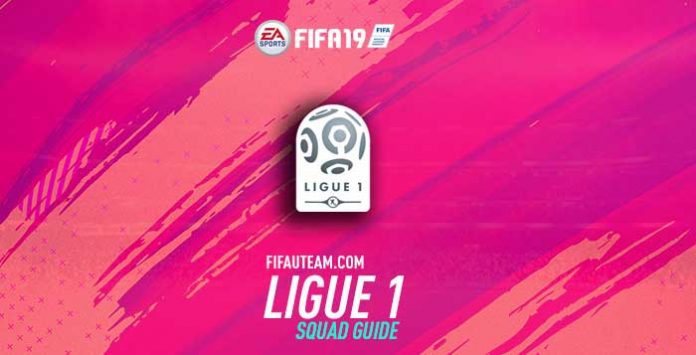 For all those players who plan to build a FIFA 19 Ligue 1 squad, we’ve conducted an extensive analysis on the best players. Here is our guide to the top French league in FIFA 19 Ultimate Team.

All of these steps are necessary to have; or it could mean that the team is not always well built as it could be. This article aims to help those that want to form a FIFA 19 Ligue 1 squad. Even the players that have a Ligue 1 team, could take out some valuable conclusions from this guide that could help you make your team even better.

Remember that this year, we published separate Ligue 1 guides for each position. You can visit them, clicking in the colourful links in the top of this page.

5 FLUCTUATION OF PRICES
In the chapter where FIFA 19 Ligue 1 squads are suggested, we added a link where you can check anytime the updated prices.

The Ligue 1 is the fifth best league classified in the UEFA league coefficient. It became more popular in the last years because of the high investments made by Monaco and Paris Saint-Germain which brought well-known players like Thiago Silva, Ibrahimovis and Neymar to the French fields.

The qualification of the champion is made through the made points system. Whichever team gathers the most points wins the league. Every season starts in August and finishes in May, having 38 game weeks with ten matches each, being a total of 380 matches per season.

Ligue 1 is a decent choice for who wants to avoid expensive players from the three main leagues. However, Serie A is still much better value for money.

Ideas to help you building your FIFA 19 Ligue 1 Squad

The team suggestions that follow are simple graphic indicators of the Ligue 1 articles already published. They should serve merely as orientation because it’s impossible to build a team that fits everyone. They depend on various factors we don’t know such as budget, formation, custom tactics, style of play and player preferences. The choice for this team’s players was based on the guides published previously.

Buffon is the natural choice to the goal. Thiago Silva and Kimpembe are both untouchables in the defence. We can’t say the same about Meunier, because in the bench there is Dani Alves, and Kurzawa, who is ‘only’ a decent player.

Since there isn’t Fabinho, Matuidi or any good CDM, it’s Verratti who fills this position. He helps the back four and tries to start the attacks, while Fékir is responsible to assist Cavani and Depay.

On the wings, we have the two best players from the Ligue 1: Neymar on the left and Mbappé on the right.

Excepcionally, we have another suggestion for Ligue 1 squads with unlimited budgets. In this alternative squad, we replaced Fékir by Depay, adding Di María to the right wing and Mbappé to the first line of the attack. You can minimize the chemistry loss applying a RW-RF item to Mbappé and ST-CF CF-CAM items to Depay. The choices for this more affordable team players was based on position’s guide published previously.

In the back line, Buffon and Thiago Silva are too expensive to a medium budget squad. They were replaced by Anthony Lopes and Marquinhos. Meunier, Kimpembe (what a nice surprise) and Kurzawa keep their spot in this team.

In the midfield we have three good players. Rabiot builds up the first barrier between your goal line and the opponent, making his physicality and defensive attributes count. Fékir and Draxler are the other two. They have better attacking skills.

In the attack, Di Maria and Niang have the mission to assist Depay.

If you still have some room in your budget, Verratti is a player that would improve this squad a lot. Once again, this affordable team was based on analysis made on previous guides.

European champions Anthony Lopes is our choice for the goal. Kehrer, Perrin, Sidibé and Kurzawa complete the defence.

In the midfield, Sanson and Tousart are two balanced players ready to help the attack but also able to give security to the back line. Traoré and Niang fill the wings in order to assist Balotelli and Dembélé who have both been chosen for their combination of pace and finishing stats.

Follow our tips and you’ll become more successful on FIFA 19 Ultimate Team with your Ligue 1 Team.