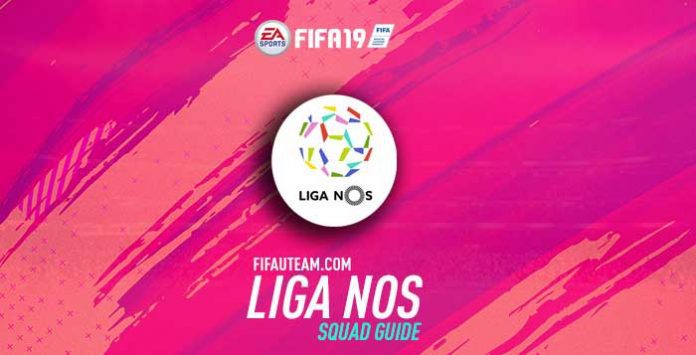 For all those players who plan to build a FIFA 19 Liga NOS squad, we’ve conducted an extensive analysis on the best players. Here is our guide to the top Portuguese league in FIFA 19 Ultimate Team.

All of these steps are necessary to have; or it could mean that the team is not always well built as it could be. This article aims to help those that want to form a FIFA 19 Liga NOS squad. Even the players that have a Liga NOS team, could take out some valuable conclusions from this guide that could help you make your team even better.

1 ONLY GOLD AND SILVER PLAYERS
In this guide we didn’t consider bronze players. Most players don’t assume them to be a better option than gold and silver players, so to simplify the guide’s analysis we didn’t include them.

5 FLUCTUATION OF PRICES
In the chapter where FIFA 19 Liga NOS squads are suggested, we added a link where you can check anytime the updated prices.

Many top players played in the portuguese league but, for commercial reasons, it has less visibility than other leagues, like Ligue 1.

The qualification of the champion is made through the made points system. Whichever team gathers the most points wins the league. Every season starts in August and finishes in May, having 34 game weeks with nine matches each, being a total of 306 matches per season.

Started in 1938, the Primeira Liga has been conquered by only five clubs. The dominant club is SL Benfica, with a total of 36 titles. The other two teams that also have never been relegated, FC Porto and Sporting CP, won it by 46 times, while Belenenese and Boavista made it once each.

This league is a good choice for who is starting the game or has a very limited budget.

Best Players for Each Position

To make your job easier, we have made a selection of the five best players for each position.

Ideas to help you building your FIFA 19 Liga NOS Squad

The team suggestions that follow should serve merely as orientation because it’s impossible to build a team that fits everyone. They depend on various factors we don’t know such as budget, formation, custom tactics, style of play and player preferences.

To try and explore the needs of the maximum player as possible we suggest three teams with different budgets and formations: 4-1-2-1-2 with unlimited budget and 4-4-2 with a low budget. 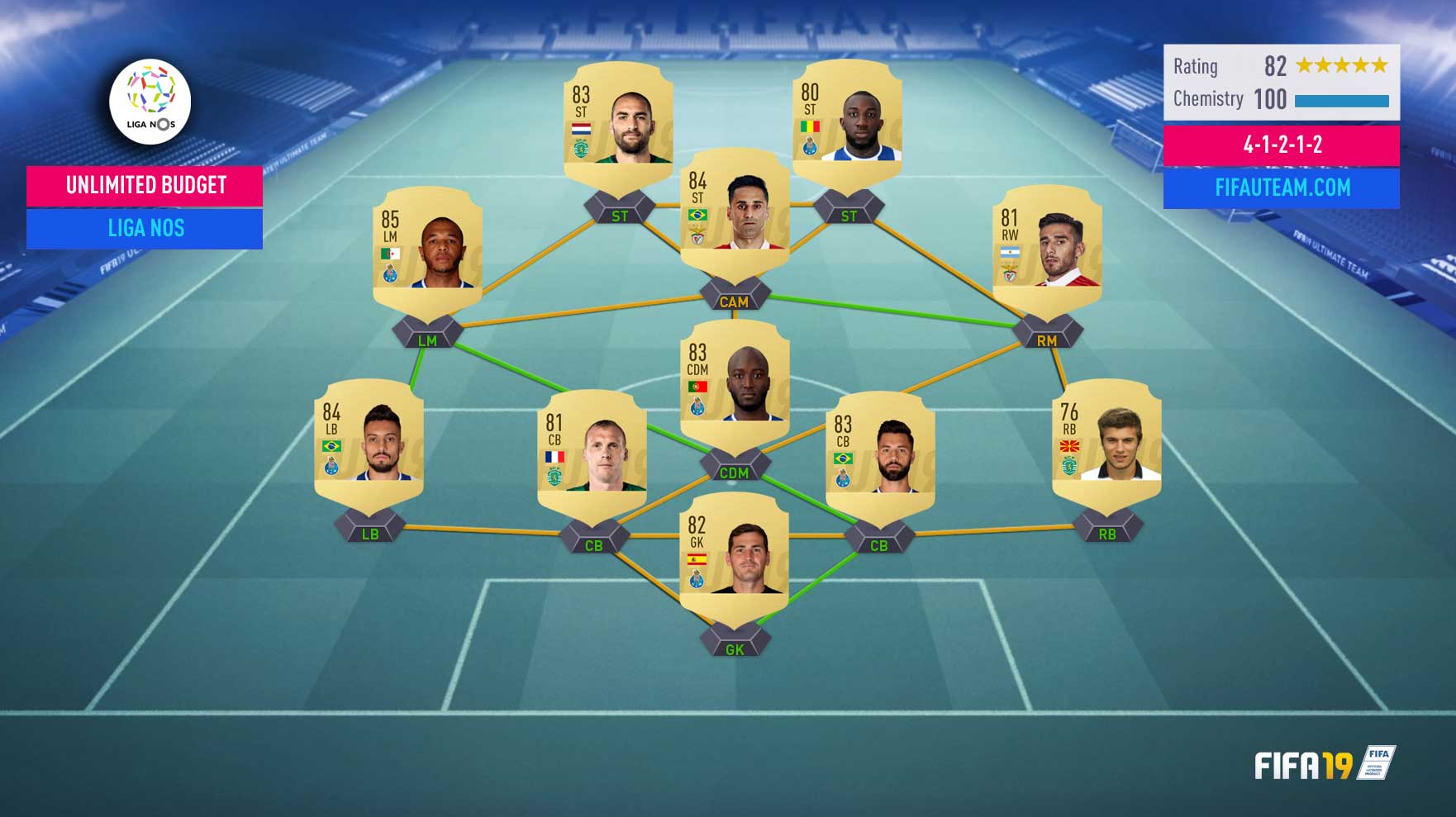 Your goal will be in safe hands whether you choose Iker Casillas or Emiliano Viviano.

Mathieu is the reference in the defence, but Felipe is also a good centre-back. The right side of the back line is the biggest problem of this league. Not having better alternatives, it is Ristovski who assumes this position, although you can use a Portuguese, Brazilian or Argentinian RB, depending on how you build your team. The opposite happens on the left side. Alex Telles is one of the best left-backs of FIFA 19.

Danilo is the chosen to play as CDM, not only because he is brilliant helping the defence, but also because he is good enough to start the attack. On the wings, there are interesting players but Salvio and Brahimi are the best ones.

The front line is assigned to the two best forwards, Jonas and Bas Dost, supported in the back by Pizzi or Bruno Fernandes. If you think they are too slow, place Jonas as CAM and add Marega as ST, 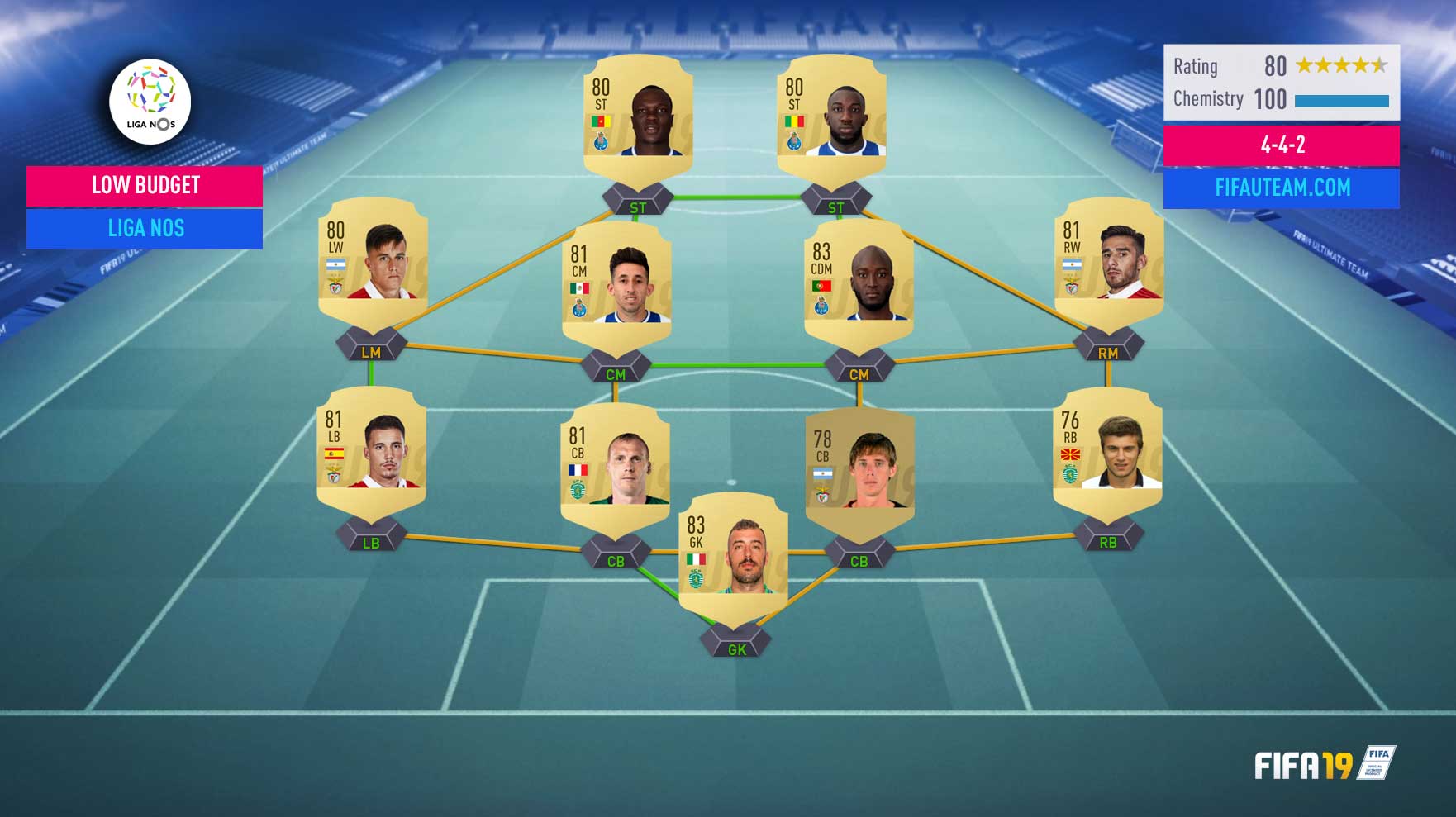 Compared to the unlimited budget squad, we had to find replacements for more than half team. Casillas, Felipe, Alex Telles, Brahimi, Jonas and Bas Dost are too expensive for this team. Obviously, there was loss of quality but we also won speed on the defence, with Conti, and on the attack, with Aboubakar. Grimaldo and Danilo Pereira are slightly more expensive than it is supposed to a low budget squad but, since there are no quality alternatives to their positions, we suggest to make a small effort and keep them on your team.

If you have a few more coins, try to buy Pizzi, or eventually Bruno Fernandes, since they would be an important added value to the team.