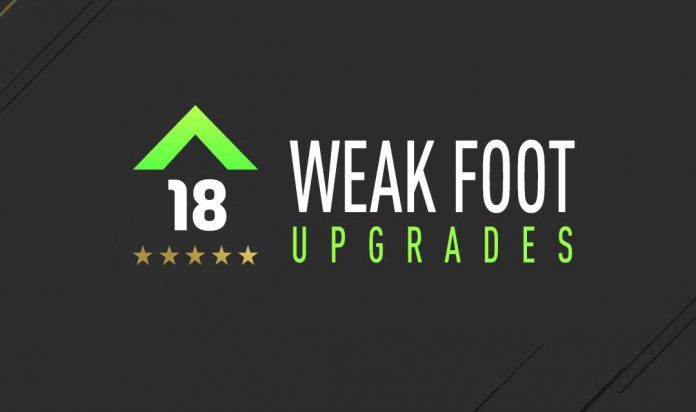 FIFA 18 Weak Foot Upgrades Guide includes everything you need to know about this update, including the release date, the rules and the list of the new three, four and five-star weak players of FIFA 18 Ultimate Team.

Once a year, Electronic Arts updates the game database, upgrading the weak foot of dozens of players. The FIFA 18 Weak Foot Upgrades apply to all player’s versions, including the ones you own in your club, the IF / special cards and the ones you pull from packs. Just remember to restart FIFA and re-enter FUT to apply the update.