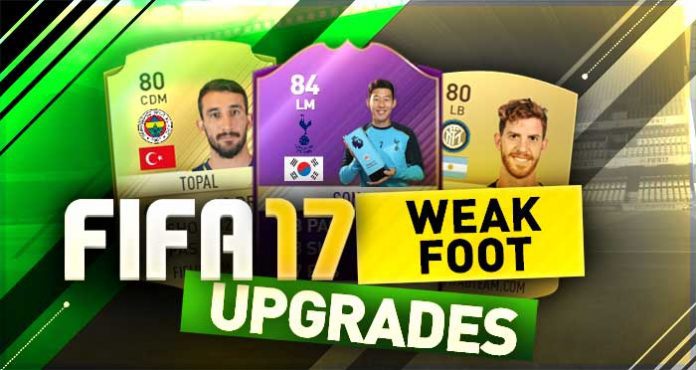 FIFA 17 Weak Foot Upgrades apply to all versions of the players, including the ones you own in your club, the IF cards and the ones you pull from packs. Just remember to restart FIFA and re-enter FUT to apply the update.