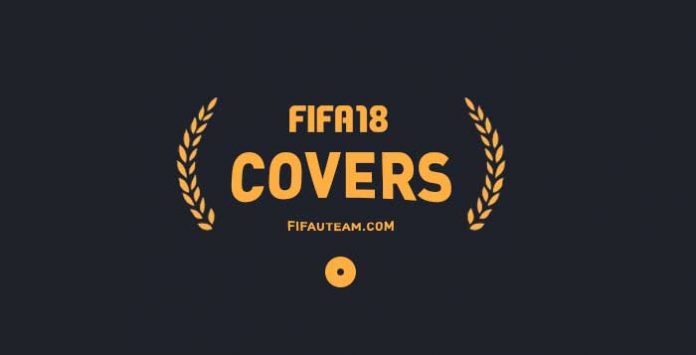 Are you looking for the FIFA 18 Cover? You can find it here. All the Official FIFA 18 Covers, of all editions and platforms, in a single place. We will be updating this page with new FIFA 18 covers

The Faces of FIFA 18

Who are the faces of FIFA 18

Electronic Arts have revealed that Cristiano Ronaldo will be their global cover star for FIFA 18, which will be released on September 29.

The Real Madrid star capped off another superb season by scoring twice in the Champions League final against Juventus, cementing his status as the early favourite for this year’s Ballon d’Or.

His presence at the centre of FIFA 18 will pit him in yet another battle against Lionel Messi, with the Argentine having signed a deal with Konami to promote Pro Evolution Soccer after featuring on the cover of FIFA 16.

According to EA, Ronaldo recently took part in a motion-capture session at their studio in Madrid to create the most accurate in-game likeness of the 32-year-old ever. “The world’s best player has helped fuel the biggest leap forward on the pitch that we’ve ever delivered,” said Aaron McHardy, a senior producer of FIFA. “We are extremely excited to partner with Cristiano – working with him we learned a lot about his unique play style and what makes him so special. His passion, energy and global fanbase make him the perfect ambassador for FIFA 18”. Ronaldo also added that “It is a real pleasure to be on the cover of FIFA 18. It’s a great feeling and I am grateful to have been chosen”.

Cristiano is not the only Ronaldo to be featured in FIFA 18 – former Brazil star Ronaldo Nazario will also be available on Ultimate Team as the first of the games ‘icons’, which are replacing FIFA 17’s legends and will be available on all platforms, not just Xbox.

Cristiano Ronaldo is a Portuguese professional footballer for Spanish club Real Madrid and the Portugal national team. He primarily plays as a forward, but has also been deployed as a winger as well as a midfielder and serves as captain for Portugal. In 2008, he won his first Ballon d’Or and FIFA World Player of the Year awards. Ronaldo then won the FIFA Ballon d’Or in 2013 and 2014. In 2016, he received his fourth Ballon d’Or, the most for a European player in the history of the award, and the inaugural Best FIFA Men’s Player. In June 2017, Ronaldo scored his 600th senior career goal for club and country, after he surpassed Jimmy Greaves as the all-time top-scorer in the top five European leagues earlier in the season.

Often ranked the best player in the world and widely regarded as one of the greatest footballers of all time, Ronaldo was named the best Portuguese player of all time by the Portuguese Football Federation, during its 100th anniversary celebrations in 2015. He was the first player to win four European Golden Shoe awards. One of the most marketable athletes in sport, in 2016 Forbes named Ronaldo the world’s best paid athlete. ESPN ranked him the world’s most famous athlete in 2016 and 2017. In 2017, he won his fourth Champions League title, becoming the first player in history to score in three Champions League finals, as well as the first to score ten or more goals in six consecutive campaigns.

Ronaldo Nazário, commonly known as Ronaldo, is a Brazilian retired professional footballer who played as a striker. Popularly dubbed “The Phenomenon,” he is widely considered to be one of the greatest football players of all time. A three-time FIFA World Player of the Year and two-time Ballon d’Or recipient, Ronaldo, in his 1990s prime, was known for his dribbling at speed, feints and clinical finishing. He was named in the FIFA 100, a list of the greatest living players compiled in 2004, and was inducted into the Brazilian Football Museum Hall of Fame and the Italian Football Hall of Fame.

Ronaldo played for Brazil in 98 matches, scoring 62 goals, and is the second-highest goalscorer for his national team, trailing only Pelé. At age 17, Ronaldo was the youngest member of the Brazilian squad that won the 1994 FIFA World Cup. At the 1998 World Cup, he received the Golden Ball for player of the tournament in helping Brazil reach the final where he suffered a convulsive fit hours before the defeat to France. He won a second World Cup in 2002 where he starred in a front three with Ronaldinho and Rivaldo. Ronaldo scored twice in the final, and received the Golden Boot as tournament’s top goalscorer. During the 2006 FIFA World Cup, Ronaldo scored his 15th World Cup goal, which was a World Cup record at the time.

All the covers of previous FIFA video games: