Home FIFA FIFA 14 Which Brazilian Teams Will Be in FIFA 14 ? 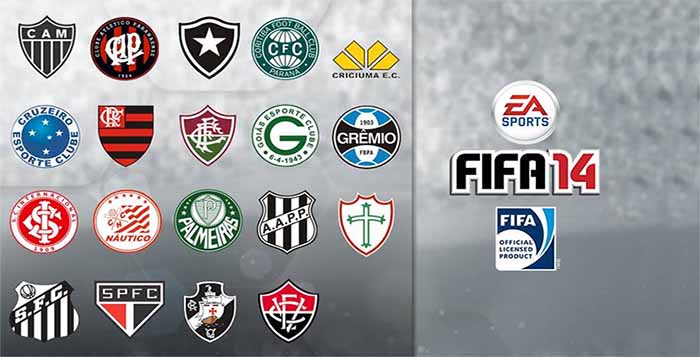 Many consider Brazil to be the center of the football universe. EA Sports has announced that FIFA 14 will include 19 fully-licensed clubs from Brazil, including household names like Vasco da Gama, Santos, and Fluminense. These clubs will join over 600 others available on FIFA 14 when it hits store shelves this September. Find out which Brazilian teams will be in FIFA 14.

Corinthians and Bahia will be in FIFA 14.

Which Brazilian Teams Will Be in FIFA 14 ?

Electronic Arts has announced that EA Sports has secured licensing agreements with 19 of the top football clubs from Brazil, ensuring each officially licensed club will feature the authentic club crest, kits and players in-game. FIFA 14 will feature over 30 leagues, more than 600 clubs, and 16,000 players.

“We’re very excited to bring the stars of the top Brazilian clubs into our games,” said David Rutter, Executive Producer of the FIFA franchise. “For all our fans that support and love Brazilian football, this will only add to the authentic FIFA experience they enjoy, and the additional clubs will bring undiscovered players from Brazil into the FIFA Ultimate Team universe”.

But which 19 Brazilian teams will be in FIFA 14 ? Here is the list:

As you can see, there are two teams of Serie A that are not in this list: Corinthians and Bahia. It doesn’t mean that they will not be included in FIFA 14. The nineteen teams of the list are officially confirmed. These two not.

According to the Associação Portuguesa de Desportos marketing department, they signed a deal with EA Sports by 5 years. They don’t understand why they are not in this list. Probably a mistake. In fact, in the day after of the being published, the list was updated. Ceará was replaced by Portuguesa.

According to the Corinthians department marketing, they are not in this list because they didn’t agreed with the offer. They expect to continue the negotiations which means that there is a good chance to be included in FIFA 14.