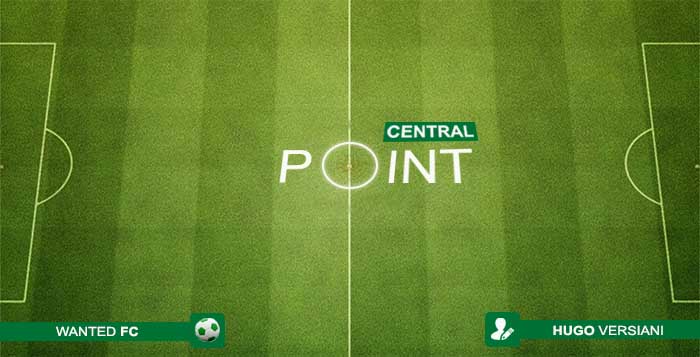 In this third episode, “Wanted FC: The Extincion of the Best FIFA 15 Players”, the author identifies and analyses the most interesting collateral damage resulting from the Price Ranges implementation in FIFA 15 Ultimate Team.

Wanted FC: The Extinction of the Best FIFA 15 Players

Today’s article isn’t going to be about criminals, security on stadiums or even money laundering within player transfers. I won’t approach any football criminal investigation subject. Also there isn’t any player missing in real life, but in FUT we can already start spreading the word for these poor bastards as in the american western movies: WANTED!

When observing the FUT market on the PC during these last few weeks, I started noticing some lack of offer for the most popular players with whom I intended to do some trading or at least see if they were worth the investment. Tired of getting the “no player found with this criteria” message although I wasn’t filtering for anything, I decided to carry on with this subject.

I started a research based on the players that were among the unlimited budget squads recommended on our league guides Barclays Premier League, Bundesliga, Liga BBVA, Ligue 1 and Serie A). For people that were used to spending several minutes swiping through pages and more pages of players being sold for many prices and styles, here’s what time has done. No more of that.

Several situations emerged at the start of the analysis. When hitting search three situations came to light. The first one, for example, with the unquestionable Reus, extremely demanded for squads based on the Bundesliga, German nationality and even hybrids for his quality, didn’t show us a single card. Notice there’s absolutely no filter other than the player himself.

Analyzing the Origin (PC) price ranges history on futwiz (no advertisement intended), you can see a difference of 22.500 coins for the new minimum and 32.500 coins for the new maximum in just a 13 days period for Borussia’s player. How much did you pay for Reus before price ranges again? That’s why many people would rather not sell this player, and it results on this, absolutely none on the market, besides there’s EA’s interest among all this. His owners won’t sell him and the ones who don’t have him want to buy desperately. Is Reus really worth only that? During these studies, the cards that eventually showed up (no more than three) were bought by buy now in the blink of an eye. The second situation has to do with players that are still present at the market, but only their IF, you just can’t find their regular card. The German 2014 world champion defender Boateng is a great example for us to understand this one. If we take a look at the image below we notice there’s a large quantity of differentiated cards for sale and, more exactly, the first card (MOTM, with Shadow chemistry style) is being auctioned with its minimum buy now price. In case you’re not familiar with that, chemistry styles Shadow, Catalyst and Hunter are sold for a much higher price than the others, for they’re considered special consumables.

Still using Jérôme Boateng as example, I do the same analysis I did previously on Reus, plus on his upgraded card. On his original release card, without the upgrade and after price ranges, the centre back was being sold for 6000 minimum and 16000 maximum. Now sharing this tip with you FUT fans, listen: both Boateng’s rare gold cards have got similar attributes, but totally different prices; the 86 rated one got its first price change in less than a week, having its minimum lowered by 2.750 coins and maximum increased by 2.250 (Origin prices considered); Is it really worth spending 19.000 more coins (considering the minimum for each one) for such a suspicious upgrade? I leave this decision to you, but if it was me I would even try my luck on packs, or better, take the money to invest in trading, rather than using the 86 rated one as pure luxury or aesthetics. Now the third and last situation is regarding the number of live auctions on the market. Still in the Bundesliga, now using Schweinsteiger for our subject, notice the small amount of pages (2) we got for searching up Bayern’s midfielder. But then you might ask: -Doesn’t that depend on the time of the day in which the search is made at the UT transfer market? Of course, but I’ve been looking at this closely for the last fifteen days and even at higher traffic times it doesn’t get much better than that. And what does number of pages has to do with the discussion? Everything! The lack of demand for this player card lowers its offer on the market. In UT’s case, regarding this player’s rough price falling, for example, all of this discourages traders because of the low profit, and then there’s also the fact that the coin sellers are gone.

Other players find themselves in the same situation as those we used as examples above. This way, I decided to form a team with players who are in similar conditions to the three mentioned along this article. What about you, have you got another player for this squad?

In general, the main FUT 15 player cards suffer the effect of the last actions took by EA. In order for them to not lose more clients, or in other words, keep profiting (that’s what I see the most on FUT-related discussions), EA better be thinking about how they are gonna clean up this mess for their own good, maybe adapt these changes since none of them were made the right way.

What about the markets on the other two platforms, what are their conditions? In terms of trading we already know about the difficulties everyone’s having, but it’s not an impossible task, you just have to adapt the old techniques and chase new markets. An alternative to trading, mainly for those that don’t have time but money, is selling IF cards (TOTW, TOTY, TOTS, MOTM, iMOTM) acquired from packs, but that’s all about luck. Another option is investing in consumables. But I’ll leave that for the next articles.

If you happen to find any of these wanted players, don’t think there’s gonna be that big of a reward, but I do guarantee we’ll have much to talk about and experiences to discuss along the upcoming months!