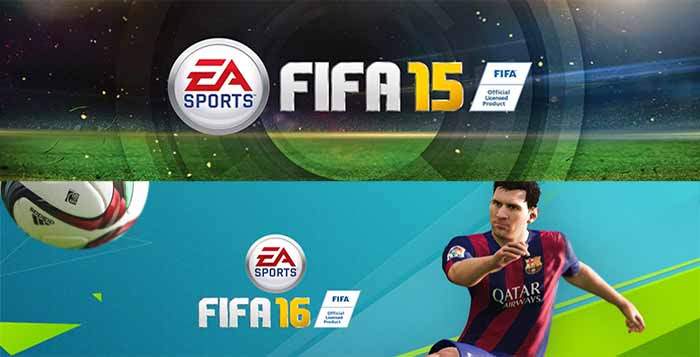 If you read our FIFA 16 Carryover Guide, you probably already know that you will lose your coins and cards when you drop your FIFA 15 to start playing the new EA Sports title. But why you can’t carryover your progress? What you should do with your FUT 15 coins and cards? Keep reading because we will help you.

This article is based on consoles.
Data can be transferred from FIFA 16 to FIFA 17 only on mobile.

Why start from the bottom ?

Your FUT 15 cards and coins are useless in FUT 16

So much effort for nothing. A whole year trying to get the best players for your team. So many hours spent setting up auctions and then you lose everything. This is probably what’s going on inside your head now… Everyone who’s been through this knows the feeling. But believe it or not, the truth is it just goes away as soon as you start a new FIFA and you go back to chasing that perfect team once again. You’ll see…

But why do we really have to start from the bottom and not be able to keep our cards and coins? It’s basically for three reasons:

Challenge
Playing the same game all over again may not be very stimulating. It’s true that you might already have a good team and all, but going back to square one can be much more interesting than it seems to be, especially when everyone is doing the same. This year you’ve probably made a few mistakes and now it’s time to take advantage of what you’ve learned. It’s an opportunity to do it the right way to reach perfection. You can buy several managers right at the start and this will help you save tons of coins throughout the year, for example; you can buy that great player before his price starts to rise madly. Soon you’ll be conformed and will be telling yourself “I’m going to follow this awesome site’s tips and this time I will get Messi”. Every year, the FIFA community is accepting better this rule. Otherwise, in FIFA 18 every squad would have Messi and Ronaldo.

Money
Let’s not be hypocrites. As, players, there’s the motivation of building a whole new team and that’s quite enough, EA Sports’s only true reason to carry on would be the money. As soon as they “vanish” all those cards and coins assuming FUT 16 is a completely new game, they’re about to get some ridiculously high profit. It’s not only about forcing players to go for the new packs. It’s a complete new world for the FUT gaming community, everything loses its value from a moment to another; all the old cards and coins go to waste. Don’t think we’re talking small shares of the business. FIFA digital game sales’ annual growth rates have increased up to 80% and EA Sports already makes more money selling FUT packs than the actual game.

Logistics Problems
If people would keep in FUT 16 everything they had back in FUT 15, there would be other problems concerning the game’s mechanics. It wouldn’t be the end of it, but that would certainly make the game more confusing and unfair. What’s the logic on having several different rated cards of the same player just because the season has ended? Is it fair to have your players underrated just because they’ve had a worse season? Where’s the fair play when you start the game having millions of coins while others have nothing? This would make the game unsustainable for beginners since all prices would be ridiculously high. In a way, it’s really necessary that the coin flow is managed so we can have a fair, competitive and sustainable game. And this can only be done once we start a new game. What to do with all the cards and coins ?

Now that you know you’ll be having useless cards and coins, it’s time to start thinking about what you’re going to do with them. Most players try and enjoy them until the very end. There are also people that decide to spend them all on packs – fair enough.

If you buy a PS4 or a XBox One, don’t forget to use the same PSN ID or Gamertag

The truth is that those coins could be converted to real money, but right now this isn’t really a brilliant deal. In two months before the release of the new game you won’t be getting more than 2-3 euros for each million of coins, and for another month past this is reduced to half. So here’s a lesson: if you want to be best rewarded for your effort you’re going to have to think about starting your business sooner next time.

If you’re a generous friend, find someone who’s not getting FIFA 16 and offer them you coins. They will certainly be very thankful. If you don’t know anyone in this situation, let us know so we can forward them to someone who needs. Bear in mind that very few people go back to playing an old FIFA after they’ve started playing a new one, so don’t worry about regretting a possible donation.