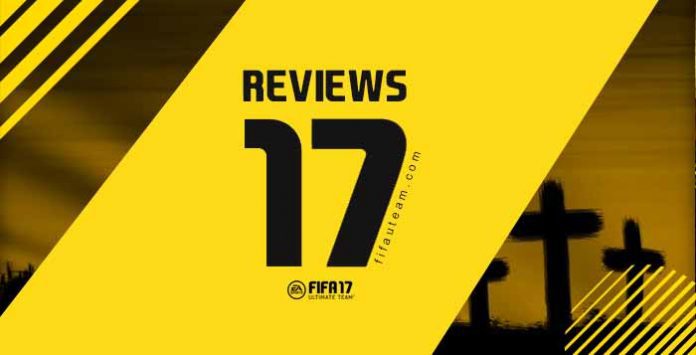 Along the years we’ve been preparing to launch this column where we’ll present the best websites, products and services for FIFA. By the time we effectively decided it was time to publish our first review, we were caught by surprise to see that many of the websites we planned to write a review on already don’t exist anymore. It’s incredible how fast they appear and vanish from the internet. Many of them were quality ones, which is why we felt it was our job to pay them a tribute, before we go on with the reviews of those that are still online. For that reason, today’s column’s format will be a little different. Instead of just one review, we’ll show you the ten best FIFA websites, in our opinion, that stopped existing. Get to know a little bit more of the history of the game, comprehend its evolution and relive some moments. FIFA 17 Reviews is a new space that we’re proud to present in our website.

Although we do already undoubtedly provide the best FIFA Ultimate Team content around the internet, the truth is that part of the community will only reach out to the best gaming experience once they use some other tools as a complement to our website. Our main objective here is exactly to serve you, the community, and for that reason we’re starting these monthly reviews which will show you the newest products and services alongside unknown potential of the ones you already know.

Our team has been working daily for almost five years with subjects that are in some way related to this game. With the exception of databases, we’re the website players come across the most when they want to know something about FIFA. It’s about time we transmitted some of this accumulated knowledge to the community, analysing books, apps, websites and multiple services. All of that in order for your FIFA 17 game experience not to end here and be even more gratifying. We’ll here publish completely independent reviews, advising or admonishing determined products and services according to their profile. We don’t limit ourselves to just giving our opinion. We analyse everything and for everyone.[/vc_column][/vc_row] Many websites that were dedicated to the biggest EA franchise of the century have been shut down. fifanow.com was one of the few that were able to resist for more than half a decade. It gathered a considerable number of followers, news appreciators, tutorials and published resources. Another website with a similar history was fifamonster.com. Both ended up being victims of our success. This is probably the hardest website to describe among all ten. Besides databases, fifaguide.com was known for its apps, ready to be used by software developers. For its specificities, this was a website that would please mainly a particularly restrict group of players. For the majority of the community, there were many other websites that could replace this one. fut-wagers.com, futtradingmanager.fr and fifalytics.com are just a few examples. To this day, few were the websites that were able to indicate roughly the exact prices of cards on the market. One of those that were able to do so in a satisfactory way was ultimateteamtrading.net. Besides listing the last dozens (!) of sold cards of a determined player, this minimalistic website was even able to do the same with consumables. Despite the valuable piece of information it provided, the page was never able to establish itself among the community and ended up ‘dying’ with the release of FIFA 16. futdb.net was one of the first price websites and unequivocally the most reliable one at the time, thanks to the several accounts it had constantly tracking down players on the market. The project was really interesting and had great potential, after all the investment was really paying off: the community loved the precision and the website’s popularity was growing exponentially fast. Unfortunately, in July 2014, Electronic Arts decided to ban the website without giving away much explanation. Were they trying to benefit strategic partners that weren’t able to keep up with the service provided by this website?

Which website do you currently consult when you wish to know the prices of Ultimate Team cards for the PC platform? None. There isn’t a single one. However, in fact there used to be one. Back when futbin.com was launched, there was a version for PC, hosted in a different domain. The website was extremely simple, but gave you the exact price of any card you’d request. The small popularity of the game for that platform ended up causing an early discontinuation of the service. In a single word: original. This website’s principle was very simple. You’d choose a platform and indicate an username. From there, it was up to futscope.com to investigate how good was that player, showing their history and results and identifying their strengths and weaknesses. It was an indispensable tool, both for Ultimate Team and Seasons, for people who wanted to know their opponent in advance.

It seems that for every good website that exists today, there was a predecessor. On FUTBin’s case, that was futfocus.com. Although it had some limitations, such as the fact that it only updated prices once every 15-30 minutes, the truth is that this was a crucial tool for any trader. Besides letting you know the BIN of any card of the game, the website came up with its own ‘Pulse’ tool, which was able to evaluate the condition of the market. FUTFocus was good enough to be the number 4 in our list of the best FIFA websites. If there are websites that deserve compliments for their innovative spirit, this is one of them. Although it was a project that didn’t last long, fut-score.com was the first to realise it was possible to go further with the information that EA provides. Instead of building a database or tracking market prices, its authors decided to process the data acquired from all the cards there were in the market. Besides analysing the average of goals scored and assists performed by each player, the website stood up to its name and classified the players by using a logarithm. A few years passed, all the main active databases harnessed the idea and added this to the great amount of information they already have, the statistics of every player based in games effectively played. Other original ideas that deserve our mention here are myfifapace.com, where you could find out which pace you’d be given in the game, and futbeast.com, which helped you choose the best player for each position and role on the pitch. Different to what you might think, FUTHead wasn’t that much of an original idea. The super popular chuzzz.com was actually the pioneer at many of the characteristics we see today in a FIFA database. Back in FIFA 12 you could already search for players or use a squad creator. Unfortunately, this project wasn’t capable of keeping up with the other websites that eventually came to light. This is one of the websites that will always remain in the memory of the oldest FIFA Ultimate Team players. And, finally, the website that we miss the most. If it still existed today it would be considered outdated, obviously, but we’re giving it first place due to its pioneer spirit. Originally a Dutch page, ultimatedb.nl was basically a FIFA Ultimate Team database under a format of lists. This simplistic description ends up detracting the website a bit, because behind such a mediocre layout, you could find tons of very interesting functionalities. To begin with, it would track down the market prices for Playstation, XBox and PC. Also, it provided a list of all the staff cards, equipments and other items. As if that wasn’t enough, there was also a squad creator included. To this day no other website has managed to get so close to the real card weights of each player. Just for that, it deserves our special praise. It’s such a shame it’s gone offline!

Note: The dates indicated in this article are in regards to the period when these websites were online,
independently if they were updated and working correctly.