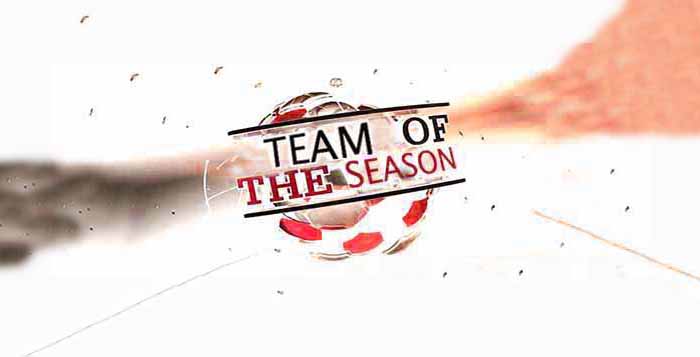 No matter if it is your first TOTS or not, we have published this guide to help you to understand everything about the Team of the Season for FIFA 14 Ultimate Team.

April 12th, 2014
Dates and TOTS are not yet confirmed by EA Sports

Team of the Season Guide for FIFA 14 Ultimate Team

Q: What exactly is a TOTS ?
A: Team of the Season joins the players who have played better on the whole season.

Q: What is the difference between TOTY and TOTS ?
A: TOTY is a team made by the players who played better during the calendar year, according to the FIFPro’s voting. The TOTS has nothing to do with the calendar year. It is about the players of each league who have played better during the season (usually between August/September and May) and they are not chosen by FIFPro members.

Q: Which one is better: TOTY or TOTS cards ?
A: To the same player, TOTY card has better stats than his TOTS version.

Q: How can I get one of these cards ?
A: You can get a TOTS card in the same way you can get any other card: on packs or on the transfer market. If you want to try your luck on packs, you can go to the store and buy them with coins or FIFA Points. The chances of getting a TOTS card in a pack are low. However, during the TOTS weeks, the Ultimate Team store have special packs available. Find HERE how to choose the right pack for you.

Q: It is possible to get a TOTS card when opening a free pack like the ones of the Manager Tasks?
A: Yes, it is. It is possible to find one of these cards in any pack with rare players cards that you open during the TOTS season.

Q: I have the regular card of a TOTS player. Why my card hasn’t changed ?
A: Because the cards don’t change. You will need to buy the new card if you want the improved version of your player.

Q: How TOTS cards looks like ?
A: The TOTS cards are blue, like the TOTY cards, but on the background they have the colour of the category (gold, silver or bronze). The following picture shows to you how these cards look like: Q: The several TOTS are released all at once ?
A: No. Usually, there is a new team every Wednesday and only one at a time. Two of the TOTS will be released in a Friday.

Q: The MLS is not one of the leagues with a TOTS ?
A: No. It is true that EA Sports releases a team of the best MLS players but they do not call it a TOTS. The cards are also blue and they are released more than one month after the last TOTS. This year, this special team will be released on August 6th, day of the MLS All-Star match against Bayern Munich in Portland.

Q: What is a Community Team of the Season ?
A: It is a squad made by players who played very well the whole season but never had the luck of getting an In Form card. There are three community TOTS, one for each player category (bronze, silver and gold). These teams are chosen by the FIFA community and the cards are released in packs all at once.

Q: What is the ROTW Team of the Season ?
A: It is a team made with the best players of the season from the whole world except Spain, UK, Germany, Italy and France.

Q: How the TOTS are chosen ?
A: It depends of which TOTS. Community TOTS are chosen by the FIFA community. EASFC is chosen by the Dev Team. The other teams are usually chosen based on popular publications, like Kicker to the Bundesliga TOTS, Gazetta Dello Sport to the Serie A TOTS, L’Equipe to the Ligue 1 TOTS and Marca to the BBVA TOTS.

Q: All TOTS can be found in packs for a week ?
A: Most of them yes. However, the English Lower Leagues, the ROTW and the EASFC have shorter times.

Q: When the TOTS are released ?
A: It is not official but the TOTS may be live on the following dates (UK time):

From April 30th 6pm to May 7th 5:30pm
Barclays Premier League Team of the Season

From May 2nd 6pm to May 5th 5:30pm
Football League Team of the Season

Q: Can a player change his position on a TOTS card ?
A: Yes, they can. It happens if they have played most of the season in a position which is different than the one it was printed in his card. It is more often on the Community TOTS.

Q: How the new ratings and attributes are calculated ?
A: It is EA Sports who decide and it depends of the player performance during the season. Let’s look to the Suarez example: his regular card is 86 but his TIF card is 91. His TOTS card is 94, because it is 3 points higher than the last IF card. And why 3 and not 4, 5 or 6 ? Because it is already a huge difference to his regular card.

Q: There will be happy hours and special packs during the TOTS weeks ?
A: Yes, it will. Suarez, Ronaldo and Ibrahimovic will get TOTS cards for sure

Q: What happens to the market during the TOTS weeks ?
A: No one can be sure. We may share with you our vast experience but remember that nothing is guaranteed.
In a general way, the prices drop and the market almost crash. Gamers try to sell their cards and join enough coins to try their luck in packs.

Q: When the prices will be lower ?
A: This is one of the most asked questions about Team of the Season for FIFA 14 Ultimate Team. Again, we will try to help you but things may be slightly different.

Stage 1 – Before the TOTS Release
Players’ prices go down a couple of weeks before the TOTS release. In anticipation for the Team of the Season, many gamers will sell their players. They know their cards will worth less in the coming weeks and they also need coins to invest in packs. The more closer you are from the release, the lower will be the prices. You may not notice a huge drop until the stage 2, but it is a good idea to sell your cards as soon as possible if you are planning to use the TOTS season to make coins. The consumables’ prices may keep the same in this stage, because the gamers will need them for their teams and will not sell them.

Stage 2 – TOTS Release Day
As soon as the first three TOTS are released, you will clearly see that the prices are much lower. Many gamers sold everything they had and they will now spending in packs most of the coins they got. It is the most basic rule of the market: when the supply exceeds the demand, prices fall and when the demand exceeds the supply, prices rise. In this case, there will be lots of players, consumables and club items on the market and their prices will be really low because gamers will be opening packs until the last TOTS.

Stage 3 – TOTS Weeks
Many gamers have saved their coins to buy packs during the best TOTS. The prices will be very low until the end of this stage, because gamers are still buying packs.

Stage 4 – After the TOTS
As you may imagine, many gamers will want their teams back and, according to the market rules, the prices will go up again. However, don’t expect to go back to the same prices we had before the TOTS. Most of them should be slightly lower.

Q: Should I sell my team to make coins during the TOTS ?
A: In a business perspective, you should do it. As soon as possible. Remember that this is only a game and you should focus on getting fun. If you sell your team, you may not be able to play during the TOTS weeks.

Q: How to make coins during the TOTS ?
A: This is the most asked question about the TOTS. You are probably thinking to sell your team before the TOTS and buy it back after the TOTS. It is what everyone will suggest you but it is not the right way to make coins during the TOTS. Instead of getting 20% or 30% profit by your players, you may double your account. Just buy when prices are lower and sell when prices are higher. In order to do that, it is really really important to follow the following tips:

Prices will be lower during the most wanted TOTS, like BBVA, BPL and even EASFC Team of the Season.

Prices will be much lower during the best Happy Hours, specially the ones with 100k packs. It is the best time to buy all the cards you can afford. As soon the HH ends, you can sell them all by a good profit margin.

Q: Which players should I buy and sell ?
A: Any player should be fine because all the prices should go down during the TOTS. However there are better players to invest.
The prices of the most expensive players, like Ronaldo and Messi, don’t have a huge drop as it happens with the other cards. We don’t recommend to invest in these players.
We suggest to invest in players of popular leagues, with a good card weight, up to 5k coins. Why ? Because, not to mention the EA tax, it is much more easier to get 100% profit with these players than with more expensive players. Let’s look at this example: imagine that you could buy Eto’o by 20k and sell him by 30k; if this was true, it was because you probably could buy
Evra by 800 coins and sell him by 1600 coins. If you are thinking to invest all your coins, you should do it in the players that give you the larger % profit.

Q: How do I know if the prices will be even lower or even higher ?
A: You don’t have a way to know with 100% sure. If you are buying during a Happy Hour of a popular TOTS, you should take that risk and assume that the prices are good to buy as they are. In the same way, if you are tracking the prices of a couple of players, you should have an idea if the price is a good price to sell or not. Remember that is is better to buy and sell thousand of cards with a lower profit than just a couple of cards with a good profit.

Q: Is the TOTS a good time to build my team ?
A: Sure. It is an amazing time. If possible, try to do it during the best Happy Hours and most popular TOTS.

Q: I have a player that I believe will feature in the TOTS. What should I do ?
A: If it is the regular card, you should sell it as you would do with any other card. The regular cards’ prices of TOTS players are not affected by the new card.
If it is an In Form card, you should sell it as soon as possible. These IFs will most likely drop in price due to their supply temporarily rising, as gamers anticipate their TOTS in-form release, and put what will be the ‘inferior’ in-form card on the Transfer Market.

Q: What happens with the prices of the other IF cards ?
A: Usually they drop.

Q: I have another question about TOTS.
A: First check if that question was not already answered in this guide. If it wasn’t, feel free to ask us in the comments.