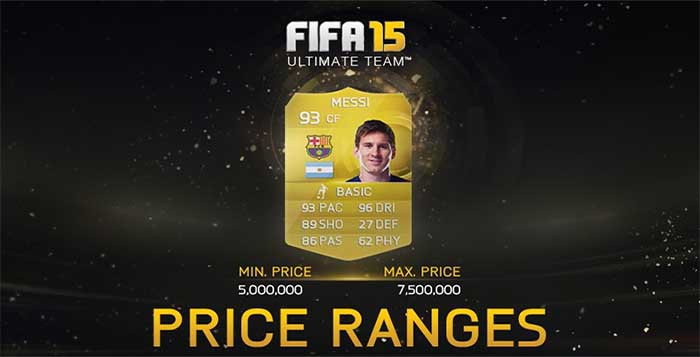 
What is Players Prices Range ?

Once this feature has been activated, all FUT items (players, in-forms, consumables, and club items) in FIFA 15 Ultimate Team will have a Price Range that sets the highest and lowest Coin prices that each item can be sold on the Transfer Market. We will not be able to pay more or less for a card than its highest or lowest coin price. Why Prices Range was implemented ?

These new features are designed to:

How Prices Range will work ?

Although the new FUT item Price Ranges will differ from current prices, their relative value to other player items on the Transfer Market will remain consistent in order to maintain a level playing field for everyone.

Here are some more important notes about Price Ranges: