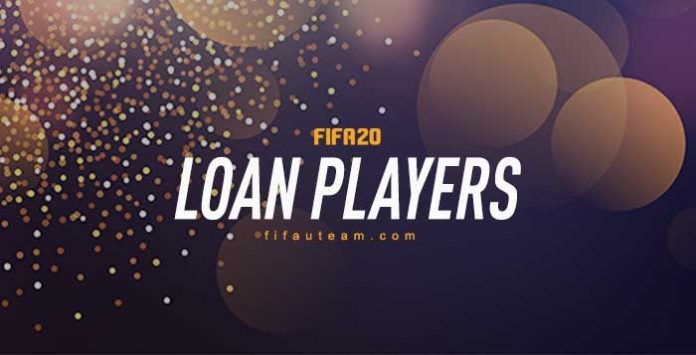 Loan players are limited use items that can boost the overall performance of your team. In this Loan Players Guide for FIFA 20 Ultimate Team, we will explain how you can add them to your team and how these cards work.

What you should know about loan players for FUT 20

Loan players for Ultimate Team were introduced in FIFA 15. They can inject that extra bit of quality into your squad for a few games and prove vital in key fixtures. Because of that, more and more people are using them. However, most of them will not fit in your squad. You can save them to use at less important matches but it is important to check how important they will be in your team before you ‘buy’ them.

Loan players cards are identified by a blue circle in the bottom right corner, as you can see in the following image. The number within the circle, show us how many matches he can play until his contracts expire and his card becomes obsolete. You may be asking what’s the point to have these cards when you can have the final one. Well, first they are usually free and you will not be spending the contracts of your cards. Besides that, it gives you the chance to try new cards before buying them. Ever wonder what it’s like to have Ronaldo on your team? With the Loan Players feature, you’ll be able to try out some of FIFA Ultimate Team™’s most sought-after players for a limited amount of matches. See how a player fits onto your squad before purchasing them on the Transfer Market. That’s the most important role of these cards.

How to Get Loan Players

There are several ways to get these cards:

✔️ SEASONS
You can exchange your XP by players on loan. The list is published here.


✔️ SPECIAL EDITIONS
FIFA 20 has three editions for PlayStation 4 and Xbox One. Each one has different offers but all of them include loan players.

✔️ STARTING TEAM
When you start FUT 20 for the first time ever, right after opening your starter pack, the game request you to select a player on your squad to replace with a high rated loan player. The player you swap will be moved the reserves on your squad for use later. This is a one-time chance to improve your squad with a top-quality player. Just like on FUT Draft, it will show 5 players to pick one, according to the position you have selected. It is not possible to list them all here because, to the same position, there are dozens of players. The better is the card, the fewer games you can play with him.


✔️ PACKS
You can also receive loan players when opening specific packs. They are not available for sale on the FUT store but you can get them as a reward on Squad Battles or a special event or even by completing an objective.

How the loan players cards work

Loan players are cards which can be used for a limited number of games in FIFA 20 Ultimate Team. You already knew this but there are a few details about these cards that you may not know.

DUPLICATES
If you win a loan player item that you already own in your club, you don’t have to discard any of them. You can combine them into one single card with the sum of the contracts of both, and preserving the stats from the first one.

SQUAD
You can play with several players on loan at the same time. You can also own on your squad a loan player and his definitive card but you can only use one at a time.

TRANSFER MARKET
You cannot sell loan players items, which means that you will not find them on the FUT transfer market. If you try to discard them, you will receive 0 coins. Besides that, you cannot use them to submit squad building challenges.

CONTRACTS
Like any other player card, when you use a loan player, you are spending one contract. If he remains on the subs or reserves, his loan duration keeps the same. However, you cannot apply contracts to his card to extend the loan. As soon as he runs out of contract, he becomes useless.

CONSUMABLES
Except for contracts, all other consumables work OK on loan players. You can apply training, fitness, healing, position and chemistry styles, though most of the times it’d be a bit of a waste considering their limited availability.