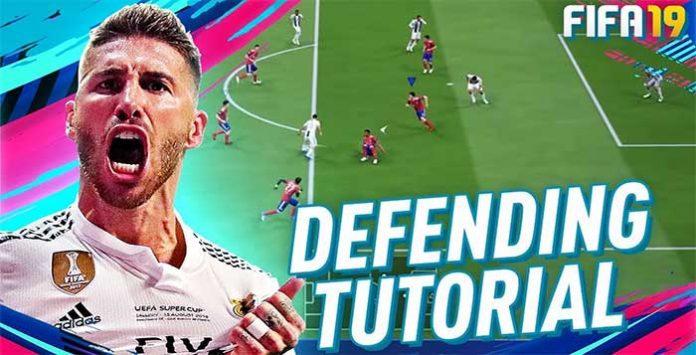 As you probably know, you made a partnership with Mike Labelle, professional FIFA player for the New York Red Bulls. He has won seven national titles in a career that spans the past ten years. He is also an influential content creator, boasting over 280,000 subscribers on YouTube and over 70,000 followers on Twitch. He will explain everything you need to know to improve your FIFA skills. Today, he brings his jockeying tutorial that will help you to defend much better .

Defending is one of the most important aspects to improving your FIFA gameplay, and it’s one of the hardest to master correctly. One of the crucial parts of defending is learning how to jockey. Jockeying makes your player face the ball, allows you to intercept passes more easily, and prevents you from being turned quickly by a quick skill move. Switching players is also an important aspect of defending properly. You can switch players by either pressing LB, which will switch you to the secondary defender (now indicated by a second smaller arrow) or by using the right stick, which will switch you to a defender in the direction you moved the right stick. When the distance between you and your opponent is short, use LB; when your opponent is sending the ball across the field or away from you, use the right stick.

One of the easiest ways to win the ball back after losing it is to attack the first touch. If you have a player close to your opponent when he receives the ball, try to anticipate where the first touch is going and tackle him. This is one of the best opportunities you will have to win the ball back. You also want to use players to cut off potential passes for your opposition to force them into making a mistake. Slide tackling can leave you vulnerable in the back if it’s used incorrectly; your best time to use a slide tackle is when an opponent takes a heavy touch forward and your defender can get to the player before they get it back under control.

Another easy way to win the ball back is to cover the easy or obvious pass. This is a great example of when to use the jockey. You can also do this by positioning yourself somewhere on the field where you are covering a free pass and in a position to tackle the player on the ball. If you can learn to anticipate your opponent’s next move, you will force them into making a mistake eventually. If a player looks to be running through on goal, keep pressing B to tackle them and throw them off, especially if their dribbling and physical stats aren’t amazing.