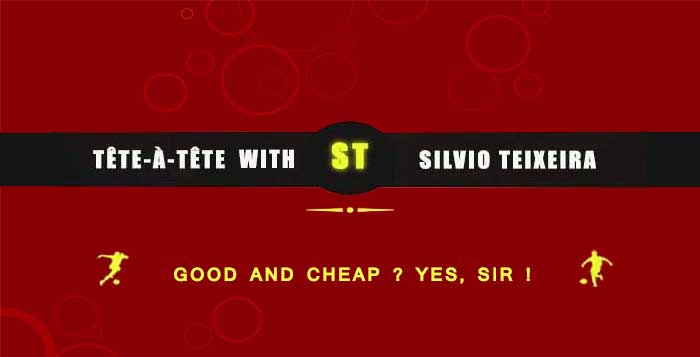 In this new episode, “Good and Cheap? Yes, sir!”, the author shares a quality squad anyone could own.

Our tips for today are quick and simple. We decided to do this because of people asking basically how they could build cheap but still competitive squads, so that they could face great teams without getting their ass kicked, or to even achieve some victories along the way, after all you can take advantage of clueless opponents. This is a moment where we have to face several extremely expensive squads even in the last divisions. That happens because there are still many players starting FUT due to the recent release in Brazil, for example, and still many of them buy loads of FIFA Points.

Some have spent a truck full of coins in order to build a squad like the one I beat yesterday, with Cristiano Ronaldo and Bale out the attack, Iniesta, Dani Alves, Sergio Ramos and Pique (I really liked this new “copy opponent’s squad” option that allows you to analyse more carefully the team you were up against). On the other side of the coin, there’s you who can’t even afford ¼ of that, but now you’ll be able to make their lives harder. We’ll have on ourselves the fantastic Russian league squad to do the job.

I have nothing to do with the fact that EA are giving joy to the pace abusers, I also don’t think that’s cool, and I understand that many of you may feel like throwing stones at me for making this article. But since the game is the way it is, we’ll take the opportunity as well and, as it happens, the Russian league offers us two of the best players concerning their cost-benefit. We’re talking about the duo Musa and Doumbia! There is just no better team according to how much you’ll spend, so if you don’t have many coins, that’s an excellent choice for you to win your first titles.

Playing in a 41212 formation, we have the opportunity to use these two pace beasts. Since both shoot with their right foot, it’ll be easier for you to know how to do so. The worst that could happen is you’ll end up shooting the ball over the fans with Musa’s 3 stars of weak foot. This is an annoying attack line and you’ll certainly receive a few hate messages, but you don’t have anything to do with that, after all this is just one of the teams you could possibly build in the beginning when you don’t have much money. It’s got the potential to bring you to division 3, or maybe even 2.

Now let’s take a look at the rest of the team, starting by the excellent keeper Akinfeev. He’s far from being a Neuer, but the same from giving a hard time for your team, he’s a secure goalkeeper and is very good at ball reposition. Since the programming demands that any goalkeeper should fail ridiculously from time to time, for him it’s not different. But again, it’s not his fault since he’s saved me quite a lot of times, and besides, he often intercepts air balls well, punching it away and getting me out of danger.

The rest of the defence is our weak spot, Criscito on the left and the brazilian Mario Fernandes are not what we’d wish for, but they’re not that bad at a point of compromising everything. In order to compensate this, choose the defensive tactic (directional to the left during a match), this will make your defence line relatively closed, and then take the time to choose “counter attack” as well. This way you’ll lure the opponent into your field, and once you get the ball in possession you can make the transition to your fast attack line.

Our centre backs are the argentinian Garay and the italian Bocchetti. Since they’re also not our focus on the team I chose to use one that doesn’t provide chemistry, but does provide security. I put Felipe Santana alongside Mário Fernandes for a least the minimum chemistry and the result was quite good. He’s fast, strong and doesn’t go out the attack much, you just shouldn’t go ground passing the ball for not taking the risk of losing it in an unfortunate position. But if you’d rather have 10 of individual chemistry, keep Bocchetti.

The CDM is our old acquaintance from the BPL Javi Garcia, who is very good and helps out the defence, something good for a change. Having 81 of DEF and 86 of PHY, he’s perfect for the first combat, especially now that he’s got a High defensive work rate and just Medium attacking.

From now on it’s fun and games! And pace! Hulk, on the right, needs no introduction, Valbuena with 86 of pace is the slowest on the group but still fast enough. On the left there’s Maicon with his 93 of pace, but you can also use Danny as a slower alternative with great passing attribute.

And up ahead we have the sons of the wind. Doumbia is the main man, but Musa is still remarkable. Both have 93 of pace, but Doumbia has better finishing and 4 stars weak foot up against Musa’s 3 stars.

One thing that makes things easier with this attack is that everyone is right-footed, so you just need to get used to changing directions with dribbling to one side. This avoids confusion and you won’t have to listen to Martin Tyler’s observation about that all the time.

Start the game on the defensive play, go passing the ball so that the opponent’s attackers advance and then you should be good to start the striking. We’ve got a deadly fast attack. When you get the ball in possession, don’t forget to flick the right analogue stick forward if you have lots of space, this will get the ball forward faster and give your player more speed.

The only quite expensive player in this squad is Hulk, by himself he’s worth almost the whole team. He’s currently costing 16k on the Playstation and 12k on Xbox. If you don’t have coins for him, replace him with Tosic, which is even faster than Hulk but the shooting speaks for itself. With Tosic the whole team costs just 13,5k on Xbox, 19,5k on Playstation. This is simply way less than a single player’s value that’s in a team you’re going to beat!

And that’s is for today, guys. Hope you enjoyed it!