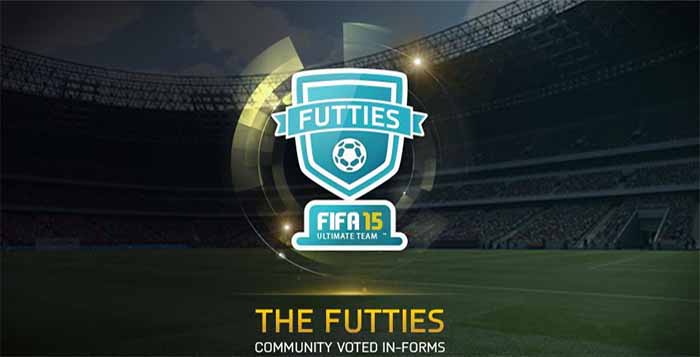 FUTTIES are the new pink cards of FIFA 15 Ultimate Team. They will be launched in July / August.

You can check the FUTTIES 2015 Winners clicking here

Q: What are FUTTIES ?
A: FUTTIES are special award in-form cards chosen by the FIFA community.

Q: What is the colours of these new FUTTIES cards ?
A: They are pink.

Q: Where I can see who were the winners ?
A: Here.

Q: Who chooses these pink cards ? How ?
A: The community. Starting July 1, you’ll be able to vote for your favourite FIFA 15 Ultimate Team players in 10 award categories celebrating their in-game heroics for your FUT Club. After the votes have been tallied, each award category player with the most votes will receive a special pink FUTTIES in-form with improved stats.

Q: How can I know more about the award categories and the nominees ?
A: You just need to click here.

Q: When and where the votes begin ?
A: The voting will take place on EA official forum, on July 1st.

Q: How good are these pink cards ?
A: They are supposed to be better than TOTW cards but much worse than TOTY and TOTS cards.

Q: How can I get one of these pink cards ?
A: Like any other card: pulling from packs or buying in the transfer market.

Q: For how long they will be packed ?
A: One week.

Q: How many pink cards will be released in FIFA 15 Ultimate Team ?
A: Eleven plus Sturridge. Q: How EA will celebrate the FUTTIES ?
A: While you wait for the voting to begin, EA will be giving away something special. According to their data, Liverpool’s Daniel Sturridge is the top scorer in FIFA 15 Ultimate Team with over 80 million goals scored in total. To celebrate FUT’s top goal scorer, they are giving away a pink FUTTIES Daniel Sturridge on a five match loan to everyone.

Q: What do I need to do to get Sturridge pink card on loan ?
A: You simply need an active FUT account on Xbox One, Xbox 360, PC, PlayStation 4 or PlayStation 3. He will be assigned to you in the next time you open your Ultimate Team.

Q: Is this offer applied to mobile players ?
A: Unfortunately, no.