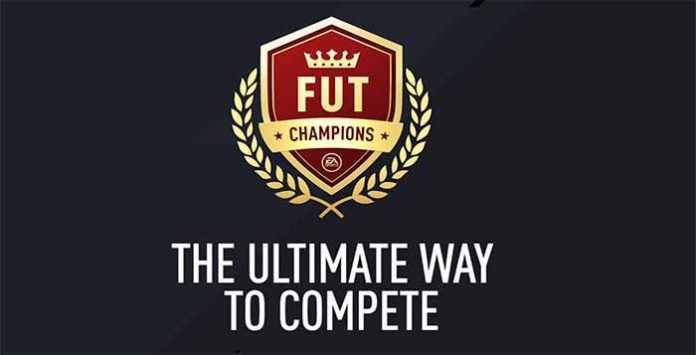 FUT Champions is a brand new game mode within FIFA 17 Ultimate Team and it is viewed by Electronic Arts as the first step into the eSports. Learn how to play it and jump to the next level.

Introduction to the FUT Champions for FIFA 17

FUT Champions is the all-new way to compete in FIFA 17 on the Xbox One, PlayStation 4 and PC. It rewards the best players with amazing prizes. Each week, qualify for the Weekend League and compete for in-game rewards. Consistently showcase your skill and climb the Monthly Leaderboards to earn in-game rewards and the opportunity to take your game to the world stage.

Qualify for the Weekend League

Online FIFA Ultimate Team Tournaments are now part of FUT Champions. By winning a daily knockout tournament you will earn rewards and a spot in the Weekend League. Dynamic squad entry requirements and unique rewards keep the Daily Knockouts fresh.

If you are already at the top in FUT Online Seasons then your weekly success at the highest levels will give automatic access to the coveted Weekend League.

You can now compete in daily knockout tournaments which along with bringing their own rewards, which takes place between Monday and Thursday, with the Weekend League running across Friday, Saturday and Sunday. You only need to win one of the daily tournaments across the week to earn entry at the weekend.

When the weekend begins, the clock starts for FUT Champions. You can compete to win as many games as you can from a set number of matches and push for higher tiers and bigger in-game rewards. From Bronze to Elite, everyone who competes in the Weekend League has a chance to earn in-game rewards to help build their club for the next competition.

The Weekend League gives you 40 matches to earn as many points as possible to climb the ranks. You don’t need to come out on top of the pile to win something, but just like FUT Draft the higher you climb, the better the rewards will be. According to Electronic Arts, these are the biggest prizes seen in FUT to date.

Consistency is the key in the FIFA 17 FUT Champions game mode. A strong individual weekend result is only the beginning. Consistent Weekend League performances help you move up the Monthly Leaderboard tiers, unlocking some of the best in-game rewards in all of FUT. Play well enough and you may earn special FUT Champions items to help you show off on the pitch.

Monthly Leaderboards feed into the FIFA 17 Championship Series which culminates next summer with regional finals, allowing players to compete for a $1.3M Dollar prize pool.

Compete on the Biggest Stage For the best of the best, FUT Champions may be your ticket to real world competitions and prizes, with the Regional Monthly Leaderboards on Xbox One and PlayStation 4 feeding the EA SPORTS FIFA 17 Ultimate Team™ Championship Series and the FIFA Interactive World Cup. Climb the ranks and qualify for the biggest competitions in EA Sports FIFA’s history!

Notes
* Internet connection and EA Account required. Must be 13+ to create an account.
**Qualification for the EA SPORTS™ FIFA 17 Ultimate Team Championship Series and the FIFA Interactive World Cup is only available to eligible players on Xbox One and PlayStation 4. No other platforms and consoles are supported for qualification. Residence in eligible countries required. Final terms and structure subject to change. The FIFA 17 Championship Series for FUT is available to eligible users on the Xbox One and Playstation 4 platforms only. You must register for the competition. Compete within your region across the two qualification seasons to earn your way in. Details on how to register will be made available in the near future.

Here it is how the Ultimate Team Championship Series are organised:

Qualify with FUT Champions
Performing consistently at an elite level in FUT Champions in FIFA 17 will earn you major in-game rewards, but that’s not all. FUT Champions may also be your ticket into the Ultimate Team Championship Series, with the eligible players at the top of their region’s Monthly Leaderboards qualifying for the Regional Finals.

Ultimate Team Qualifiers
In addition to FUT Champions qualification, there may be a number of live in-person local competitions where the winner earns a wildcard seat at one of the Regional Finals.

FIWC
The FIFA Interactive World Cup (FIWC) is all-new this year, with qualifiers coming from FUT Champions leaderboards and the best players from the Ultimate Team Championship Series. Represent your nation and bring the trophy home.