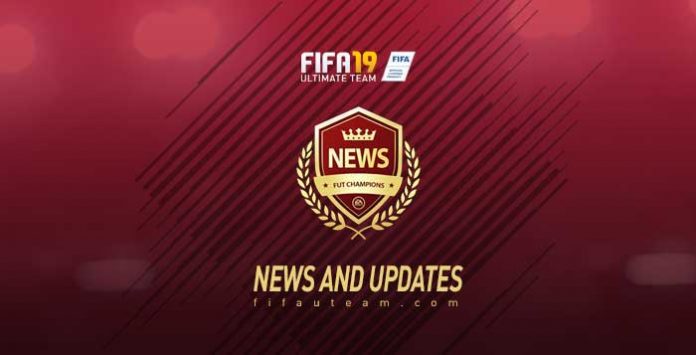 If you don’t want to miss any detail about the second season of FUT Champions, you are in the right place. In this page, you will find all FUT Champions News and Updates for FIFA 19 Ultimate Team, including rewards changes, the best players of the month, calendar updates, release dates of the rewards, weekend league news and much more. If you plan to play this game mode, then you need to bookmark this page: this is your only stop to know everything about what’s going on FUT Champions for FIFA 19.


You can access this page on the top bar navigation: FUT Champions – News

Due to server issues, the Weekend League was delayed for 24 hours.

Thanks,
The FIFA Team

Players have until October 31 to register at futchampions.com/register to have the chance to compete in the EA Sports FIFA 19 Global Series. The first Weekend League rewards were officialy confirmed for Thursday 7pm UK time. EA also publish the list of Player Picks rewards and explain how to exchange your FUT Champions points by a Weekend League entry.

The first Weekend League round is live. Qualified players still have 72 hours to play each round.

The first Weekend League round for #FIFA19 is now available. If you are qualified, you have 72 hours to play (it wasn't extended). https://t.co/6xR8nBsfy6 pic.twitter.com/craH141EjP 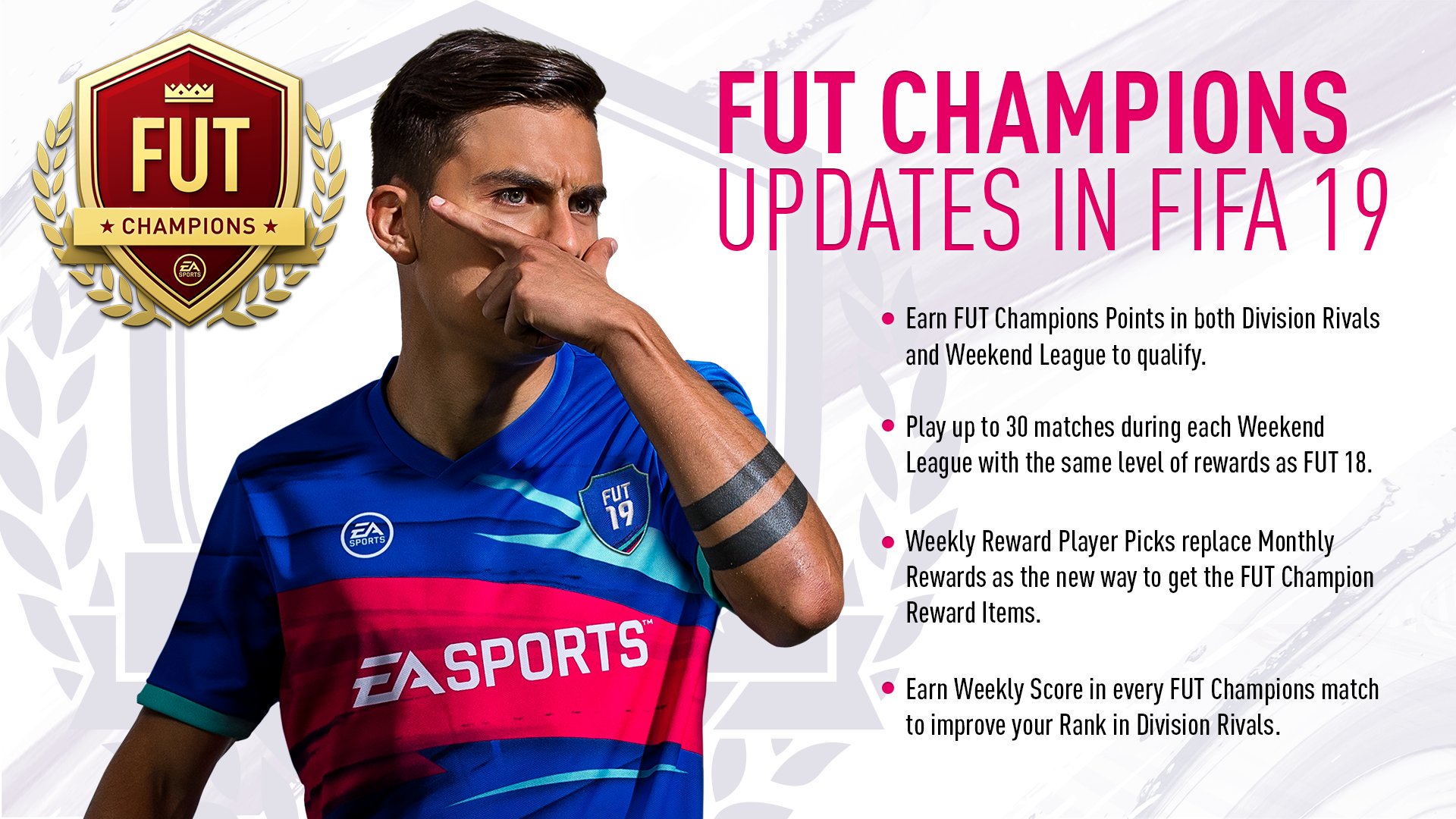 According to the Beta, we shouldn’t expect many changes to FUT Champions this year. Except for the graphics and the way how you qualify (via Division Rivals), everything else should stay untouched. You still have to play 40 matches in every round and the rewards are the same one that were delivered in the first two seasons. Here are a few images of what you will find in a few weeks.

Last year, the second season of FUT Champions was officially announced in August, after 43 weeks of competition.
We expect to see the third season live as soon as FIFA 19 goes out.