| FIFA Ultimate Team
Home TIPS Overcoming the Rain – How to make FUT 15 coins without any... 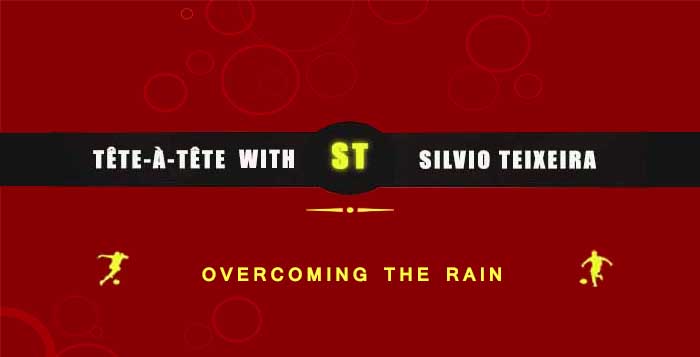 In this new episode, “Overcoming the Rain”, the author reveals a trade technique that offers absolutely no risk.

How to make FUT 15 coins without any Risk

One of these days someone asked me if there was a trading technique as good as the rain of coins, he said he get any profit at all using it and even that he had lost some coins. Before anything it’s important point that the big majority of trading techniques do offer risk of coin loss, some more and some less. The “Rain” is considered to be one where these risks are so small that I think it’s fair to say it’s inexistent, but if you get so unlucky that all the choices you make turn out to be bad, combining that with a few mistakes, well, it is quite possible to lose some coins. Just a few, but yes.

So anyway, I went back to the web app decided to unveil a new technique in which the risk is in fact zero. Always having in mind that these techniques are mainly for people with low spending capacity looking for a safe return. After throwing a few coins away by trying out some crazy ideas, I came to realise that this one will get you coins with absolutely no risk. This is the one technique to overcome the Rain of Coins, and with advantages.

If you look closely you’ll realise that this technique is very similar to the Rain, easily adaptable for people who like variations because it’s mostly the same, except that we’ll be having a few advantages now. Let’s get to them:

Our mission is to bid 650 on every rare gold player that comes up. It doesn’t matter if you already have him or if his league is useless, anyone will do. Take a look at what I got: David Villa, Insigne, Sturridge and Remy. If you’re really new and have no idea of how much the players cost feel free to bid them all, but after some time you get the feeling that it’s just a waste of time/space to bid 650 on a guy like Sturridge, because his price is around 50k, you’ll only win him with a 650 bid in your dreams. The best players for this in this page are David Villa and Insigne. .

You may have heard rumors about someone winning a player worth 50k with a 700 coins bid. Is that possible? Yes. If you happen to bid a player before the web app starts a maintenance, no one will be able to outbid you if the auction doesn’t last more than the down time. However, maintenances are rare and they’re not announced with much antecedence, so basically you’ll keep wasting your bids counting on that. Let’s just be realist and only bid players that are worth it, okay?

After the bid you just have to wait. Some players (many) are more likely to get you outbid. Resist! Do not bid anything more than 650. Let them take him. Don’t start a competition, there will be many others for you. After a few minutes let’s see what happened:

We won Insigne for 650 coins and lost David Villa, which was sold for 1k. Usual. It happens.

Notice that this procedure was based on the Sniper chemistry in order to see how it works, now we’ll do the same thing but with other chemistry styles.

Since our filter is set on 600 coins max, you should bid any rare gold player that shows up with your eyes closed, but be careful not to click buy now, I did that twice by mistake. Thank god it needs confirmation, because otherwise I’d be screwed many times.

And why did we say there’s no way you’ll lose coins? Simple, because even the simplest rare gold player, with a 75 rating without individual chemistry, has a quick sell value of 600. Chemistry styles’ prices constantly vary (it’s important to keep an eye on the most valuable ones), so if you start an auction with the same 650 coins you bought the player for you’ll ALWAYS sell him easily, there’s no way you won’t. That would be a tragedy, and you can always relist.

So let’s bid them all. Detail: chemistry styles Catalyst, Hunter and Shadow are very expensive, don’t even try to look at these, you won’t find any at this price, so go for the other ones. Any Catalyst and Shadow you find for 1k is worth the bid. And you won’t find a Hunter for less than 2,2k. Consider that all the values I’m mentioning are the current ones, start of November 2014. These may change with time and you need to stay tuned.

Now it’s time to sell the cards you bought for 650 coins. I recommend you follow a pattern. I always go for 900 start price and 1100 or 1200 buy now (1200 for players that I fell like they can reach this price). Just like it was when using “the rain”, each sale will give me something around 400 coins of profit.

One big advantage this technique has over the rain is that you can bid any player, you don’t even need to worry about duplicates. Plus, you can always lower the price a little and still not lose coins.

Another detail. There’s practically no point on bidding 650 on auctions that still have much time remaining, because the chances you’ll be outbid are even bigger. So it’s interesting to scan all the individual chemistries, bidding those players with the characteristics we’re looking for. If you reach the limit of bids, wait a minute or two, because you’ll get outbid on many. This way you can remove them from your targets list and recover space to bid another one.

Observations:
– If you want to optimize the results remember to give priority to players with chemistry styles Sentinel, Glove, Engine, Hawk and Anchor because these are the other ones that give the card a higher value. Naturally I’m not mentioning Hunter, Catalyst and Shadow because of what I said earlier about them being way too expensive for a 650 bid.
– I said you can go for any player with those characteristics, but it’s obvious that if you already have 4 or 5 of a player that you’re not being able to sell after a few relists, it’s time to get rid of him, lower his price and avoid buying more. That hasn’t happened to me yet, but it might.
– Try scanning several times a day in order to gather what you can, because sometimes you don’t get lucky enough and it should be useful for you to have a storage. On weekends try relisting all every hour possible, because they’ll be sold more easily. Last weekend I was testing it out and I managed to sell 160 players this way. With an average profit of 400 coins per player, that was 64k earned on the weekend. The prices fall on weekdays naturally. This is certainly of much help to people who have few coins.
– Naturally, every time we reveal a new technique there will be concurrence at first. This makes the other techniques available, though. The important thing is to know when you should switch between techniques.
– I said it’s a waste of time to bid more expensive players, but that doesn’t mean you shouldn’t try your luck when the auction is about to end. If it doesn’t work out, you’ll get the spot in the targets list and your money back in no time. 99% of the times you’ll fail, but there’s still that 1% this might happen:

Now it’s time to go and buy them all, and by the way enjoy while the web app is partially functioning. Better this than not working at all like earlier this year.

That’s it for today, I’m out. See yooou later!