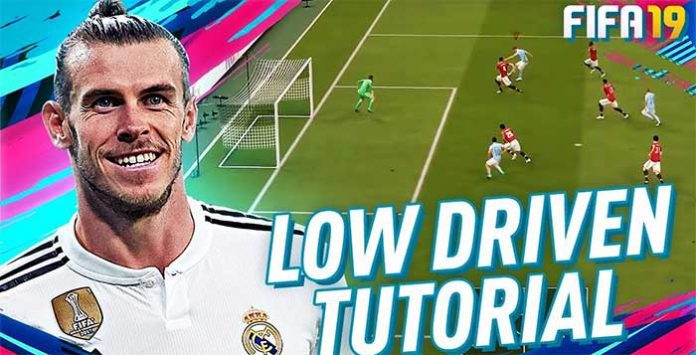 Mike Labelle, professional FIFA player for the New York Red Bulls, has reached an agreement with us. He has won seven national titles in a career that spans the past ten years. He is also an influential content creator, boasting over 280,000 subscribers on YouTube and over 70,000 followers on Twitch. He will explain everything you need to know to improve your FIFA skills. Today, in this finishing tutorial, he will explain how to perform the low driven shot in FIFA 19.

How to score from low driven shots

The biggest difference to the low driven shot in FIFA 19 is that the button controls have been changed. In previous FIFAs the low driven was executed by double tapping the B button, but now the new Timed Finishing feature has taken those controls, so low driven shots are now executed by pressing LB+RB+B. If that sounds complicated, you’d be correct. Not only are FIFA players being forced to unlearn their muscle memory from previous FIFAs, but the new button combination is incredibly unnatural and really disrupts the flow of the attacks. The new button combination also means that the low driven finesse shot is no longer in the game, as it is now physically impossible to execute it with the new controls.

Finishing is all about analyzing your angles and calculating what kind of shot will ensure your highest chance of success, just like it always has been. The low driven shot is only effective when the goalkeeper is leaving a lot of space open to either side. If a goalkeeper is charging you and closing down the angle, trying to score a low driven shot will most likely result in a leg save, and so in those scenarios you are better off with a finesse shot or a simple power shot.

When it comes to finishing a low driven shot, you don’t want to overcompensate on your angle. The left stick is key to directing your shots, and if you overshoot the angle of your shot then it will almost certainly go wide, especially as FIFA 19 feels a lot more manual in both attacking and defending situations. When it comes to power, 2-3 bars is best, although you may be able to get away with around 1.5 bars if you’re close to the goal. It’s important to let your decision-making with shooting become instinctive as quickly as possible, because if you overthink it then the opportunity will be wasted. Ultimately, the low driven shot still has a deserved place in your FIFA 19 arsenal, but the new button combination and increased manual feel of the game itself makes it a lot less effective than previous FIFAs.