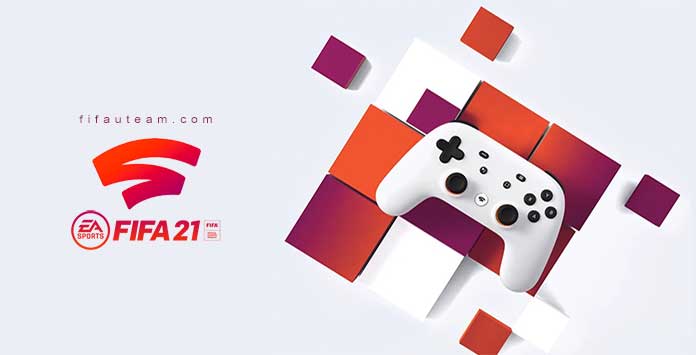 FIFA 21 Stadia will be out on Winter 2020. This is part of the EA’s strategy that wants to make games available in as many platforms as possible. Remember that FIFA 21 will also be published for PlayStation 4, PlayStation 5, Xbox One, Xbox Series X, Nintendo Switch, Origin and Steam.

A new platform to play FIFA

Electronic Arts and Google announced a partnership to launch five EA games on Stadia – Google’s cloud-based gaming platform. Star Wars Jedi: Fallen Order™ – the critically acclaimed single-player, third-person action-adventure Star Wars™ game from Respawn and EA – is scheduled to launch on Stadia by the end of this year. EA SPORTS™ FIFA and Madden NFL are scheduled to be available to players on Stadia this winter, with more games to follow in 2021.

Stadia is Google’s new cloud-based gaming platform that revolutionizes the way gamers access, play and enjoy their favourite games. Stadia lets you play the latest video games instantly with one-click on TVs, laptops, desktops, and select tablets and phones. It is free to try, and anyone who signs up will get two free months of Stadia Pro with instant access to nine games, including GRID, Destiny 2: The Collection, and Thumper. With Stadia you can buy games that run at up to 1080p/60fps, or play with the Stadia Pro subscription that gives players access to play a selection of games up to 4K/60fps and HDR, along with free games to claim each month. Players can purchase even more games on the store, including EA games, which will remain theirs to play even without a Stadia Pro subscription. With Stadia, games will never require a download or updates, making it the most accessible platform ever. Stadia subscription service will cost USD $129 per year. A base version of Stadia service will be available soon for free trial in some regions.

During the press conference, the Electronic Arts CEO Andrew Wilson said: “Cloud is opening up exciting new possibilities for play. In partnering with Google Stadia, we have an opportunity to deliver some creative and innovative game experiences on an exciting new platform”. Harrison, GM and VP at Google, is also very excited with the agreement: “We’re thrilled to see some of Electronic Arts’ biggest hits come to the Stadia. I can’t wait to play EA SPORTS FIFA, Madden NFL, and Star Wars Jedi: Fallen Order on my favourite screens instantly with the simple click of a button”.

FIFA 21 Stadia was announced to the Winter 2020 but it is still not clear if it will be available at launch or later. More details about how the game will look like on this Google Streaming Service will be provided on this Summer.

Win as one in EA SPORTS™ FIFA 21, powered by Frostbite™. Whether it’s on the streets or in the stadium, FIFA 21 has more ways to play than ever before, including the UEFA Champions League and CONMEBOL Libertadores. The game will be officially out on October 9, 2020.