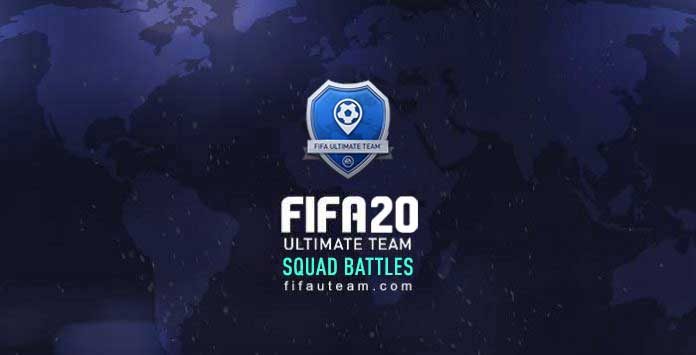 In FIFA 20 Squad Battles game mode, the rank is determined by the total battles points a player gets in a single week. Find out how you can earn them and how they are calculated.

Squad Battles is a single-player game mode within FIFA 20 Ultimate Team. Here are three things you should know before start playing it:

1 WEEKLY SINGLE-PLAYER COMPETITION
Compete against Squads from around the world in Squad Battles. Play up to 46 single-player matches per week to climb the leaderboard and earn rewards.

2 PLAY AGAINST COMMUNITY CREATED SQUADS
Every time you press the ‘update’ button (up to ten refreshes), new opponents are available to match up against, each squad made by someone in the community. More difficult squads offer increased rewards.

To start playing Squad Battles, go into your Ultimate Team and select Squad Battles in the Single Player section. Here’s an image that shows you where to go.

How you can earn battles points Your rank is determined by the total battles points you get in a single week. You earn them playing matches.

TEAM RATING SCORE
The Team rating score depends on the team you are playing against. Basically, it is based on its chemistry and its team rating, according to the following formula:
(Team Rating x 3) + (Chemistry Rating / 2)

MATCH RESULT
There are only two match results possible on Squad Battles: you win, and you get 200 points, or you lose, and you get 50 points.

SKILL BONUS
Skill Rewards are the sum of bonuses performance and penalties performance. Player’s good performances are rewarded with squad battle points, while there will be point deductions for negative performances. In other words, are the sum of the bonuses by scored goals, shots on target, successful tackles, corners, clean sheets, pass accuracy, possession and man of the match and the sum of the penalties by against goals, fouls, cards and offsides according to the following table that shows the number of points awarded/deducted for each performance:

GOAL BONUS
Each goal you score gives you a different ammout of battle points based on the difficulty level you choose.