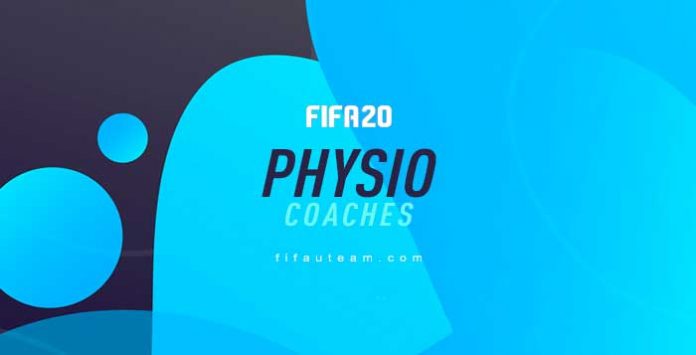 Do you want to know more about FIFA 20 Physio Coaches, right? Then, keep reading.

What FIFA 20 physio coaches do?

No one likes to spare their best player. We all want to play at full strength. However, not always things go as planned and, sometimes, players get injured. When this happens you have only two options: wait for them to rest between the reserves so they can get back in form naturally, or you apply healing cards on them. In the second case, owning one or more physio coaches in your club gives you the chance to speed up the recovery of your injured players. They’re responsible to make the healing cards more effective. This is, by the way, this staff’s only function.

How big is the healing boost?

Healing cards should be applied to an injured player when you want him to get better faster. On its limit, a healing card is able to make a player go from injured to available immediately. They allow an acceleration of the healing period for up to 5 matches. They can do even better if you have a few physio coaches stored in your club.

Every time you apply a healing card to a player, the decrease of his healing period doesn’t depend exclusively on the card’s value but also on how many physio coaches you have stored in “My Club”. The system automatically adds up all the percentages displayed on each physio coach card and then gives you the total bonus according to that. The sum of these coefficients can never surpass 50% because this is the maximum value according to the number of physio coaches of each speciality there are in the game.

When we’re looking to heal a player, we first need to verify what is the type of the injury and how many matches long is the healing period. In case you can’t find it, it’s in the player’s Bio. Normally we apply a healing card which is specific for the body part. However, this can also be done by a rare healing card which cures the player no matter the type of injury. The way physio coaches work for one case is rigorously equal to another. Immediately before the healing card takes effect, the system calculates the bonus according to the physio coaches for each the speciality.

When you are applying a healing card, you can check how big is the current physio coach boost of your club. You just need to look at the percentage that is shown in the ‘Healing Bonus’ card. If you sum the coefficients of all the physio coaches your club has, you should get the same percentage.

Should I Buy FIFA 20 Physio Coaches?

If you keep your squad in rotation, injuries shouldn’t be a big problem. You’ll always have an alternative for the injured player so you won’t have to use healing cards. You’ll be saving the coins you would need for physio coaches, completely useless in these situations.

Although, this isn’t always possible. Sometimes because the player that got injured was one of the main ones for your team, or because you were counting on him on a tournament’s final or a decisive season match. In these cases, owning physio coaches could be the right decision made. But only apparently. Each Physio Coach only heals a kind of injury. The thing is that equipping your club with physio coaches for 50% of bonus on every speciality will cost you several thousand coins. If you want to invest on this staff you’ll basically have to buy most of the physio coaches because you never know what kind of injury you’ll get.

Besides, it’s almost certain that this investment will never get a full return. Firstly because the price difference between the different types of injury cards is relatively small. And also because if you manage your fitness well and avoid direct contact with the most aggressive players, injuries will hardly happen. They will be short and few. This way you’ll never be able to get your coins back. And lastly because the healing cards will heal your players in just one or two matches – there are also injuries that last 4 or 5 matches but they are very rare – so the 50% bonus shouldn’t have any practical effect.

Every single Physio Coach included in the game

Here is the list of all FIFA 20 Physio Coaches: