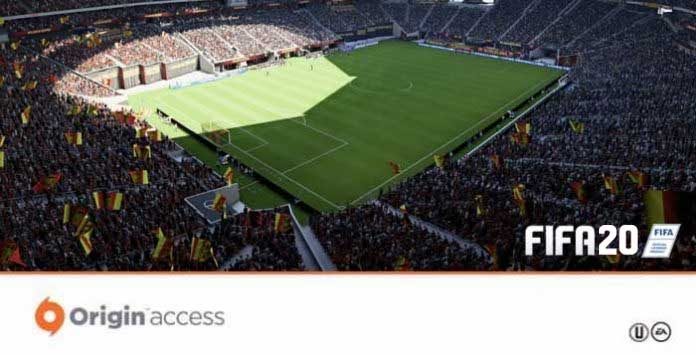 Origin Access subscribers have the chance to try FIFA 20 first. However, this is not the only advantage. They can play other games for free and get special discounts. Keep reading our FIFA 20 Origin Access Guide to know everything about this program, including the early access, the free games available, the discounts, the release dates, the prices and how to buy it.

Origin Access is a subscription paid program exclusively for PC owners. With it, gamers can get exclusive offers for Origin video games.

1 EARLY ACCESS TO THE FULL GAME
Subscribers can download FIFA 20 earlier and play it up to 10 hours. It is possible to carry forward the progress and achievements.

2 FREE ACCESS TO GAMES
Origin Access holders have free access, any time and as long as they keep being subscribers of the service, to a selection of games ‘The Vault’. At this moment, it includes FIFA 18, Sims 4, Madden NFL 19, Unravel Two, Battlefiel 1 and many others.

3 10% DISCOUNT ON ORIGIN DIGITAL PURCHASES
Origin Access subscribers pay 10% less to buy FUT 20 packs and also get a 10% discount in the full FIFA 20 game, as well in any other Origin digital content (except Titanfall 2). If you own FIFA 19 on PC and if you are an Origin Access Membership, you can join both discounts to pay 20% less for the most edition.

How to play FIFA 20 first

• Play trials of new Origin games before they’re released, no purchase necessary.
• Your progress automatically carries over to the full game if you buy, so you can pick up right where you left off.

What is included?
Subscribers can download FIFA 20 full game before the date release. But there is more. Origin Access holders also get early access to other Origin titles.

What are the early access features?
Through FIFA 20 early access, subscribers may play the full game before the game hits the stores, including on line play and FIFA Ultimate Team features. However, there is a 10 hours total limit of game play. It is possible to play, trade, sell, buy cards and FIFA Points, which can be a huge advantage over the other players without early access. Saved games and achievements/trophies subscribers earn during Early Access, while connected to Origin Servers, will unlock once they purchase and log into the Origin Servers with the final version of the game.

• Download and play an instant collection of 70+ great PC titles.
• Dive into blockbuster hits from franchises like Battlefield, Dragon Age, The Sims and many more.
• Explore indie favorites including Torchlight II, The Banner Saga, and Mini Metro.
• More games are added over time.

What is the Vault?
The Vault is a growing collection of full Origin’s best games for the PC that you can download and play with an active Origin Access membership. Enjoy unlimited time with great Origin games.

Which games can I play for free?
The Vault is an evolving selection of Origin’s PC games that Origin Access members can download and play while they are an active member. With Origin Access, the subscribers get unlimited access to the following games (with more to be added later):

How do I get the games?
The games from ‘The Vault’ can be downloaded through the Origin Access dashboard.

How to pay less to play with Origin Access?

• Automatically save 10% on Origin purchases.
• Applies to full games, season passes, DLC, and third-party content.
• The discount even applies to Origin sales and promotions.

How to get the discount?
Subscribers just need to make the purchase through the Origin Access dashboard. The discount is applied automatically.

How to signing up for a membership?
All you need to do is sign up. Just follow the on-screen instructions and you’ll be ready to play in no time.

What is Origin Access Premier?
Origin Access Premier is a new membership tier that gives you unlimited access to the latest and greatest EA games before anyone else. Imagine paying one low monthly or annual fee and getting to play new EA PC titles before launch. Not a Play First Trial, you get access to the full game – yours to play whenever you want for as long as you’re a Premier member. No gates – no barriers. That’s the Premier experience.

So, what’s the difference between Basic and Premier?
Basically, the difference is that with Origin Access Premier, you get full access to all games, including FIFA 20, Unreavel Two, Madden 19, Battlefield V, A Way Out and Anthem – Legion of Dawn Edition.

When can I get Origin Access Premier?
Whether you already have Origin Access and want to upgrade or you’re ready to join for the first time, you can get Premier now.

Which FIFA 20 edition I get as a Origin Access Premier subscriber?
You always get the most expensive version for ‘free’. For example: for the Madden 19, you get the Hall of Fame Edition.

Q: When do I need to buy a subscription that works with FIFA 20?
A: At least before the game release, if you want to play in the early access. Discounts’ on packs are always valid.

Q: How do I cancel my subscription?
A: You can cancel from either the Origin Client or Origin.com.

Q: What if I want to cancel Origin Access before my membership ends?
A: If you cancel your membership prior to your next monthly or annual billing date, you won’t be charged for the following month or year. You’ll be able to continue to play Vault games, use your discount and jump into any available Play First Trials until your membership expires. Please note there are no refunds for either monthly or yearly membership fees regardless of when you cancel.

Q: Do I need to be connected to the internet to play games with my Origin Access membership?
A: For Play First Trials, you’ll need an Internet connection. You can play some Vault games offline, but you’ll need to periodically reconnect to Origin to verify that you’re still a member.

Q: Can I play Origin Access games on PC and Mac?
A: Origin Access is only available on PC. Vault games and Play First Trials cannot be played on a Mac.

Q: If I have an Origin Access subscription but don’t buy the game, how long I will be able to play FIFA 20 with the early access?
A: Usually until the full game release date or until you have played 10 hours, whichever comes sooner.

Q: What are pre-release trials? Will my progress carry over?
A: Play First Trials let you download and play upcoming EA games before they’re released for a limited time. You’ll be the first to play EA’s latest and greatest with an Origin Access membership. And because you’re playing the real game, not a demo, your progress will carry over, so you can pick up where you left off if you decide to purchase the game.

Q: Does The Vault include third party games?
A: Yes! You’ll be able to play select games from other publishers with your Origin Access membership.

Q: Why do games in The Vault vary from country to country?
A: Short answer: different countries have different rules about what games can be sold or made available. The result: what you see in The Vault may vary slightly by locale.

Q: What is the difference between the demo and the FIFA 20 Origin Access trial?
A: Demos are stand-alone chunks of a game meant to give you a taste of what it offers. For example, in the demo you will not be able to play FIFA Ultimate Team. But with Origin Access trials, you’re playing the real game for a limited time before its release date. And if you purchase FIFA 20 once it releases, you can pick up right where you left off – your progress and stats carry over.

Q: Can I buy FUT 20 packs during the early access?
A: Yes. This feature is active in FIFA 20 early access version.

Q: Should I buy the Origin Access? What do you think?
A: It depends on your profile. If you play more Origin games besides FIFA, it may be a good decision.