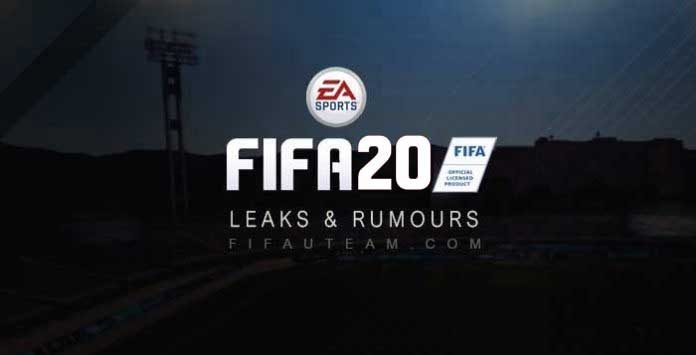 Get to know what’s new on FIFA 20 before anyone else! We live in a world where it is not easy to know what’s true and what’s false. Everyday there are new leaked news and rumours about the new EA’s title. In this FIFA 20 Leaks list page, we will try to help the community to distinguish from legit and fake FIFA 20 rumours. Since we hate click baiters and we don’t want to promote them, we will not include the source of false rumours.

This page will be updated with all the FIFA 20 Leaks and news that will be unveiled until the game release date.

Be the first to know how FIFA 20 will look like Juventus, FC Bayern München, Manchester United and FC Barcelona… EA has lost many important licences but you can bet that they will be replaced. According to the EA producers, something big will be announced for the South American players. Strong rumours seem to indicate that Libertadores will be added to FIFA 20. Romanian fans also have reasons to be happy. According to LPF vicepresident Robert Pongracz, the governing body that runs Romanian Liga 1, “Following our last meeting with the EA representatives I can say that there are very big chances for Liga 1 to feature in the game. We will know their final decision by mid august and we really hope that it will be a positive one as we’ve been working very hard for this to happen”. According to a source very close to Electronic Arts, the FIFA Street Mode will be back in FIFA 20. As you know, the last chapter of the story mode was released in FIFA 19 and EA will need to replace it with something big. The Street Mode is being requested by thousands of fans, so making the return of this mode would be the most logic step. According to some other rumors, there would also be the possibility of creating a “Street” player and being able to play exciting match 3 vs 3 online in Co-op.