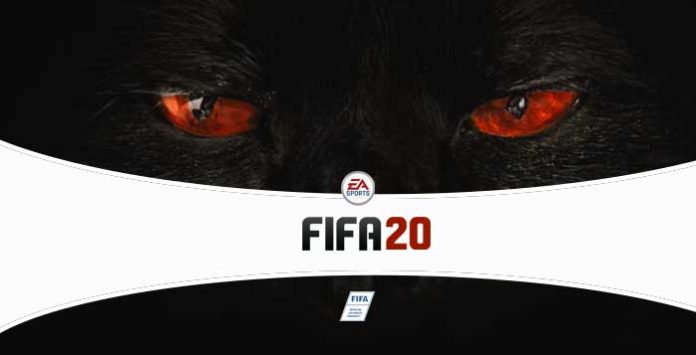 There are a few topics more controversial than others. This, in particular, is the reason for many discussions. However, we have no taboos. We believe that the more the community is informed, the more protected it will be. It’s time to know the FIFA 20 cheats and how to fight them.

Before anything else, stop spamming us telling how disappointed you are with us. If you spend two minutes on this page, you will understand why we are doing this. We are trying to help the FIFA community, not the cheaters. We want to make very clear that we are against any type of cheat. They are harmful to the FIFA community and to the game itself.

Let’s start by a simple question: have you ever cheated? We think it’s safe to say that most of us have used cheats in at least one game. Game cheats are a part of gaming culture. Why we do it? Well, basically it’s our human nature. Our brain has carried through the millennia a primitive directive to always try to find the path of least resistance and find ways to give as less effort as possible. In other words, we all love to win and we all love shortcuts.

Imagine that you have discovered a bug in the game, where just by pressing the same key for a few seconds you would receive a million coins. Would you take the chance and get the coins you needed for the player you always wanted or would you skip it? Many people would cheat, yes, even knowing that it was wrong to do it. Which of these two questions do you believe they would make to themselves first: is this fair for the other players or do I have any chance to be caught? It’s here that the problem starts. Almost everyone would cheat if they had sure to be 100% safe for them.

Let’s go straight to what matters: it’s not OK to cheat, it’s not fair for the other players and it’s not safe. Even if you are playing in single player mode, you shouldn’t cheat because you would be having an advantage over other players who would not have the same resources to build a good squad. When you cheat, you are hurting a game you like. Just don’t do it.

We won’t take any responsibility, in case you’re not able to contain your curiosity and end up using one of these resources, whether you manage to make piles of coins, get banned by EA or have your information stolen by other users. Once again, this article is about explaining, not encouraging.

In this guide, you can find out the most popular and powerful FIFA 20 cheats, but also (and more important!) what can happen if you cheat and how you can avoid being cheated. We also analyse what Electronic Arts has been doing to keep these game cheaters-free.

A cheat is an unfairly act in order to gain an advantage. In the case of FIFA video games, a cheat is a technique, not accepted by the community, used by a group of players (we called them ‘cheaters’) in order to gain an advantage over the other ones. It’s time to show you the three most popular ones. We will not go into much detail because we don’t want it to be used as an incentive for new cheaters.

1 PC SOFTWARE
PC is clearly the platform more susceptible to cheats. There are several programs designed to control the game. The most popular ones are Trainer and Cheat Engine. They are able, for example, to change score, game clock, stamina, player ratings and budgets. The problem here is that EA is not taking any action against them and the game is flood with cheaters, even in online single mode. Every year, new versions are getting more sophisticated which means that they are always one step ahead from EA anti-cheats policy.

2 BOTS
Bots are pieces of software which are permanently sending requests to the EA servers in order to stay updated and take care of automatic processes. The owner just has to indicate the price he’s interested in buying specific cards and, when they appear in the transfer market, the program makes the buy for him. The majority of these programs also automatically makes sales. The big difference between an AutoBuyer and an AutoBidder is that the first buys by BIN (Buy it now) and the other one buys by BID. Some more modern bots can also buy and sell without any intervention from the player. However, in all these cases the risk of being banned by Electronic Arts is really high.

3 BUYING COINS
First of all, let us make it very clear that buying coins is against the game’s terms of service. You are not allowed to do it. Besides that, when you buy coins you are making FIFA a pay to win videogame (insert sarcastic joke here…). There are several online stores selling FUT coins, FIFA Points, specific players and FUT accounts. They use different methods to sell without being caught by EA. The most popular are: player auction (you sell one of your players for the maximum price range); comfort trade (you give your credentials and they do the rest); mule account (a third account is used to transfer the coins); and FIFA auction house (you list a worthless player and the seller buys him).

The world of the FIFA 20 cheats is extremely dangerous. Not only because you can be banned, but also because you can be scammed. Everything you need to know is that you should never share your account details with anyone. If you do, most likely you will lose all your coins and cards. You should always follow these five safety rules:

✔️ Certify if the page always starts with a URL of the type https://www.ea.com;
✔️ Always certify that the link doesn’t redirect you to another site;
✔️ Never click on e-mail links that ask for access data or say that your account is allegedly compromised;
✔️ Never give your data to anyone, not even to EA Sports ;
✔️ Don’t search for card duplicators, coin generators and other ways to win coins easily (they don’t exist!).

Despite our warnings, many people still think that it is possible to get rich in a few minutes. If that is your case, pay attention to this: there are players with a huge amount of coins in their accounts because they are amazing players/traders, spent a fortune on FIFA Points or scammed other players using fake cheats. In order to give credibility to these programs, they do it in several ways: they create pages on social networks supported by fake feedback and giveaways; they add videos to YouTube asking for your login details; they replicate almost perfectly the EA’s page; they share links of FUT teams redirecting you to other non-trusted websites; and they pretend to be EA employees.

It’s time to show you the two most popular fake cheats.

2 COIN GENERATORS
This one is easier. They only ask you the amount of coins you want and your credentials, in order to make the deposit. Obviously, you will be ripped off. Some of these scammers ask a fee for this ‘service’: they win twice. Along these years, EA has taken a few actions against cheaters, but we still think they were not enough, especially for PC. Let’s see the main ones:

1 PENALTIES
EA has created a penalty system that includes remove you from FUT Champions leaderboards (you lose your rewards), wipe your FUT coins, delete your FUT club, temporarily or permanently locking your account out of the Transfer Market, ban you from your current FIFA game, from all FIFA games or even from all EA games. Players will think twice before cheating.

2 TRADE OFFER BUTTON
This is an old one. A few years ago, EA removed a useful feature that allowed you to trade items directly with your friends. Unfortunately, they really had to do it in order to fight cheaters.

3 UNTRADEABLE ITEMS
Many players were used to own several clubs and transfer the items from their starter packs, daily gifts and other offers for the main account. To avoid this, EA made these cards (and many others) untradeable. In other words, it is not possible to sell them on the transfer market.

4 STRONGER AUTHENTICATION
A new two-factor authentication was added to help keep intruders away from gamers accounts. For each player it is generated a numeric pass code, valid for a short period of time, needed to log-in in accounts from an untrusted device or every 90 days. From time to time, you also see some (stupid) captchas.

5 BLOCKING SYSTEM
EA introduced a system to detect bots accessing their servers. They have suspended thousands of accounts with suspicious activity, but unfortunately, many of them are from very active traders who are following the rules. It’s a shame to see this happening to honest gamers who paid the game. In a few cases, they got their accounts back but most of the time the best they can do is to create another account, start over again and quit doing anything in the market to avoid being banned again.

If you believe you were wrongfully banned, you can dispute your ban emailing them for [email protected] from your registered email address. In the Subject of your email, you should write ‘Banned/Suspended Account – FIFA 20 – Persona Name’ and in the body of your email you should provide the following information: First and Last Name, game name (FIFA 20), persona name, where your game was purchased, error/Notification Message received and details of your dispute. Good luck. You will need it.

You can also help fighting cheaters reporting them to EA.