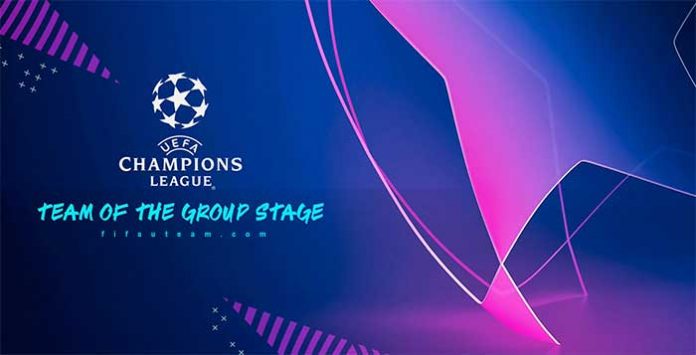 FIFA 19 TOTGS cards are awarded in FUT 19 to the most informed players from the UEFA Champions League and Europa League on the first stage of the competition. Let’s find out who received a TOGS item.

As explained here, there are several UEFA Champions League player’s items on FIFA 19 Ultimate Team. Let’s see which ones:

CHAMPIONS LEAGUE REGULAR CARDS
Every UEFA Champions League-eligible player who has been confirmed by their club or made an appearance for their club in this year’s tournament receives a Champions League card with +1 to their overall rating (OVR) and each of the six main stat categories.

SQUAD BUILDING CHALLENGES REWARD CARDS
FIFA 19 Squad Building Challenges cards are unique items that players can get completing specific Champions League challenges. They can’t be found in packs. These cards are only available as rewards and for that reason they are untradeable.

TEAM OF THE TOURNAMENT CARDS
TOTT cards assigned to the best players of European Champions League – Team of the Groups Stage (TOTGS) and Team of the Knockout stage (TOTKS). The ratings and attributes of these cards are usually boosted in one or two points, compared to their previous card.

UCL OTW CARDS
The UEFA Live items are assigned to a very limited selection of players who are playing the Champions League. These cards replace the regular UCL player cards in specific times and boost in rating and stats every time their team progresses to the next stage.

What are the FIFA 19 TOTGS Items? 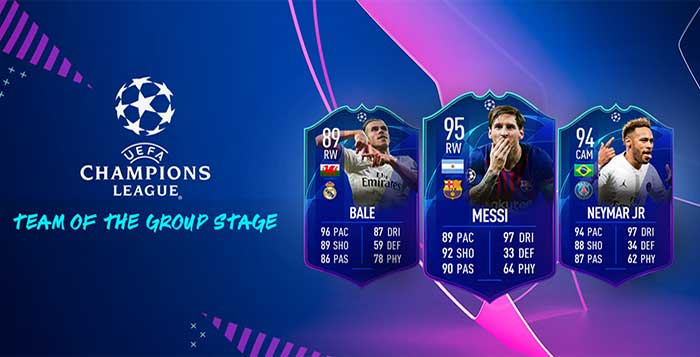 FIFA 19 TOTGS cards are awarded in FUT 19 to the most informed players from the UEFA Champions League and Europa League on the first stage of the competition. These cards were released on December 7 at 6pm UK time and made available in FUT packs from December 7 to december 14 and also in the Transfer Market. Don’t forget that Ones to Watch cards boost in rating and stats every time a player gets a new TOTGS card.

Additionally, EA may also offer some of the cards through SBCs and Weekly Objectives, and there may even be additional untradeable TOTGS cards released that are not part of the tradeable collection.

You can see next the players featuring on the FIFA 19 Team of the Group Stage (TOTGS): 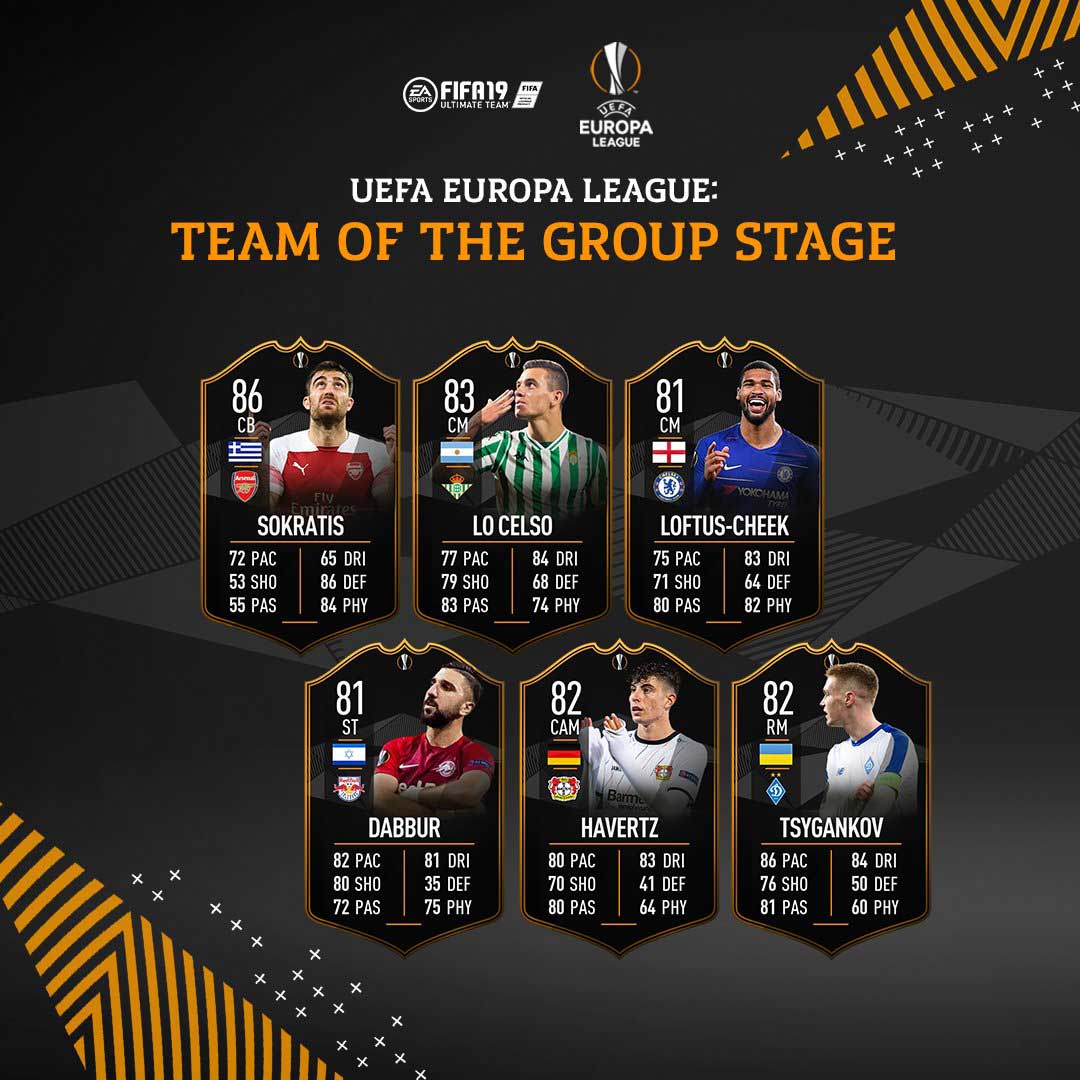 One more Europa League player is also available via weekly objective. All you have to do is to score using Italian players in 8 separate Rivals wins from December 7 to December 14. 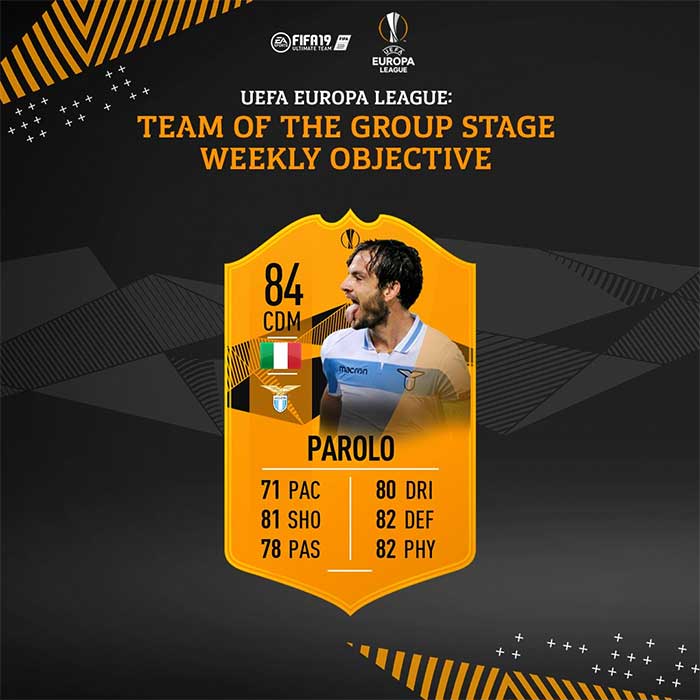 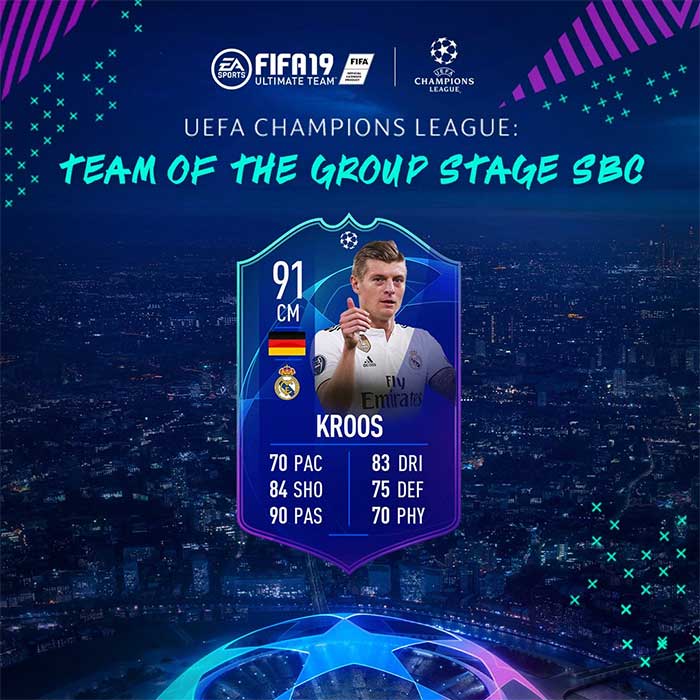 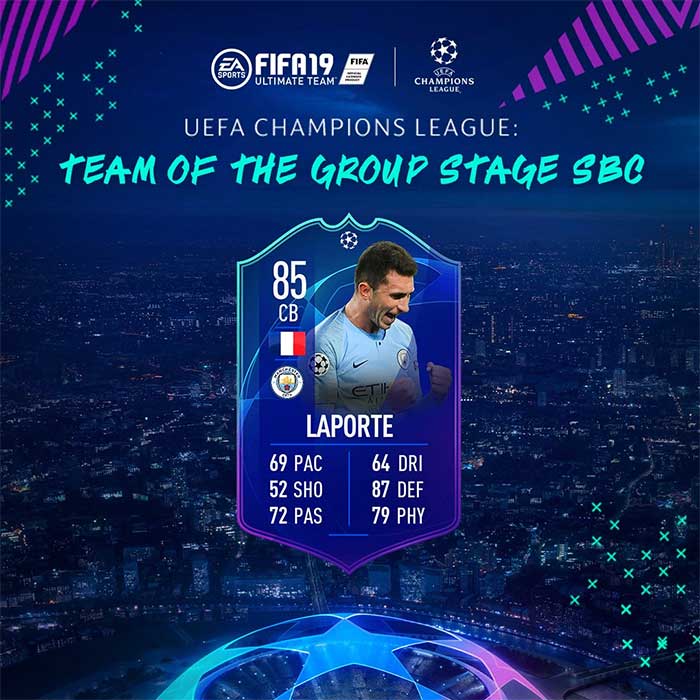 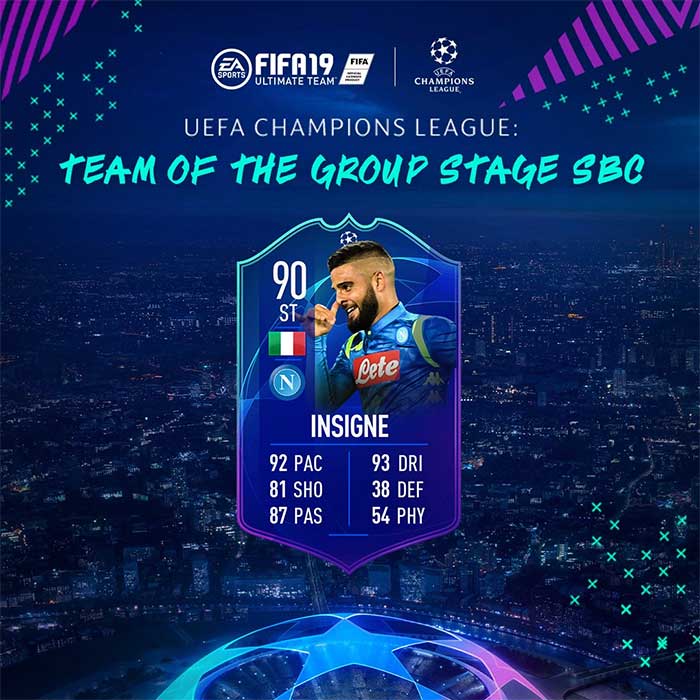