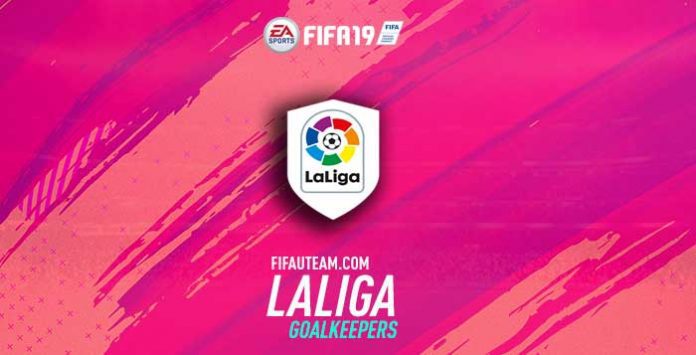 Who are the best FIFA 19 LaLiga goalkeepers? Let’s find out!

Goalkeepers are the players that are used least on the field. Because of this they are also first ignored when building a team. Most players start their purchases with a forward, later they strengthen the midfield, the defence and only later the goal. The truth is a good goalkeeper may be worth a lot of goals. They are a good investment because they are normally the most economically accessible players.

Three of the five best goalkeepers in the world play in Spain. The ones with most prestige are Thibaut Courtois, Jan Oblak and Marc-André ter Stege. With having the best ratings, they are also the most searched for by this league’s teams so this makes them more expensive.

The first measures a goalkeeper’s agility when making a save. The four most rated goalkeepers are also the ones with best reflexes stats.

Diving is a fundamental attribute when choosing a goalkeeper. It measures the capacity for a goalkeeper to make a save when jumping.

Navas is the best in this aspect.

The most experienced Ultimate Team players know that another leaning factor on a goalkeeper’s performance without considering the remaining four attributes: height. The more tall a goalkeeper is, better his chances of having a clean sheet.

This is where Courtois is better than the other ones. He is the taller goalkeeper in this league. In other hand, Navas, who has amazing stats, is one of the shortest goalkeepers.

There are four high-quality goalkeepers in this league. In our opinion, Courtois is the best one mainly because of his height. For the same reason, Navas is only our fourth option. We also believe that Oblak is better than ter Stegen. The biggest difference between them is that the Barcelona’s keeper plays much better with the ball on his feet, while Oblak has a much higher handling stat. For a goalkeeper, positioning and handling stats are more important than kicking.

In terms of cheaper goalkeepers, our suggestion goes for Neto. For those who want an even cheaper option, Asenjo is also a good alternative.