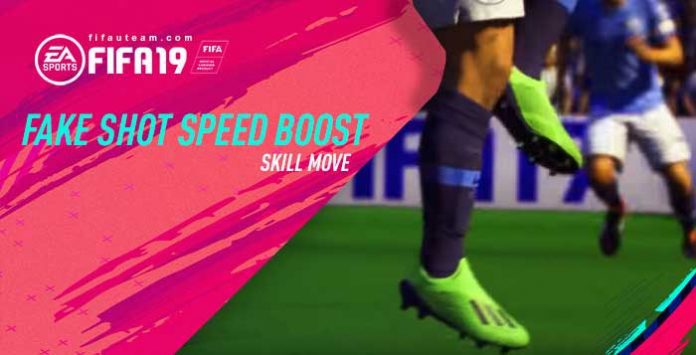 As you probably already know, we made a partnership with drpoplove. He is a former #1 FIFA and FIFA Street player in the world, and he will explain everything you need to know to improve your FIFA skills. Today, he will show you how to perform one of the most overpowered skills: the Fake Shot Speed Boost.

A great skill to perform on FIFA 19

It’s so good that I fully expect it to get patched, so use it while you still can to great success, but don’t build your entire strategy around it. Even if it doesn’t get patched, I’m sure people will start to expect it after a few months.

How To Do A Fake Shot Speed Boost In FIFA 19

A normal fake shot involves you loading up your shot (B or Circle) and then canceling it by tapping pass (A or X).

But to get the ridiculous speed boost, you have to hold LB/L1 while you do this, and then you have to pick an exit direction with LS. Why Is This Skill Move So Good? Is There A Downside?

The fake shot speed boost is great because it let’s you dribble out the enemy defender, then rapidly run away from him. If you do a regular fake shot, you don’t get the explosive burst that you get with the speed boost.

There’s only one real downside here.

You lock your player into a long animation, leaving you vulnerable if you did the fake shot speed boost at the wrong time/place.

It’s a lot like sprinting in that you’ll quickly lose the ball if you do it at the wrong time.

So I recommend doing this move when there is space around the enemy defender. If there’s a circle of players surrounding you, it gets too risky.

Anyway comrades, I hope you score some fun goals with this move! Let me know if you have any questions, cheers.