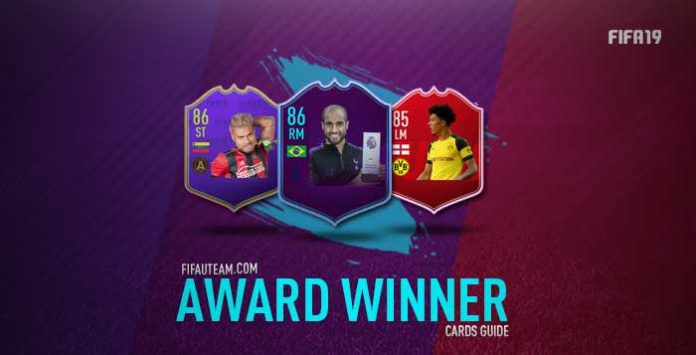 What are Award Winner Cards?

The award winners of different leagues are rewarded with unique items, featuring boosted stats. Usually, award winner cards can be of two types: POTM or POTY.

Every single month, EA Sports makes a selection of the POTM, the most in form Premier League players of the previous month. The award is decided by a combination of a public vote and those from a panel of Premier League experts and current club captains. The winner receives a purple FIFA 19 POTM card with one or two points boosted. A Bundesliga player is also selected every month but in this case the new card is red. Both can only be assinged to you via specific squad building challenges available for 15 days.

Sometimes, when a domestic league ends, EA Sports also releases a award winner card for the Player of the Year of that league, with significant stat increases from his previous card.

When FIFA 19 Award Winner Cards will be available?

The POTY cards are usually announced at the end of each domestic league.

You can have the regular card and the award winner card of the same player in your club. However, you cannot use them both in your squad at the same time.

The ratings and attributes of the award winner cards are usually boosted in one or two points, compared with their most recent card. The attributes have a similar increase but it doesn’t mean that all attributes have to be improved.

The position of the players in these cards may change if, in that month or season, they played really well in a different position.

You can learn more about each card and award, clicking in the respective image. 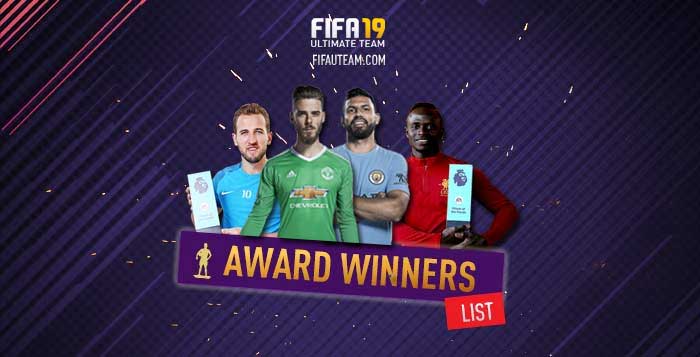 Basic information about the FIFA 19 POTM and POTY Cards