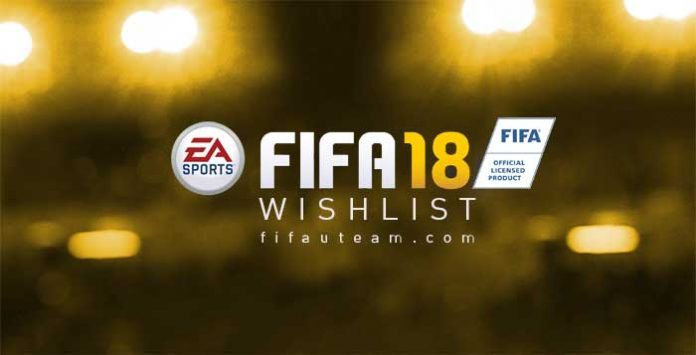 Everyone loves new leagues. Fact. However, we can’t confirm that new leagues are coming to FIFA 18. Share with us your new leagues wishlist and get to know if the rumours will meet your expectations or not.

Which new leagues are coming to FIFA 18?

This is the time of the year in which everyone has an opinion. Everyone dreams with the perfect FIFA. Let see what the community wants. Write in the comments section which new leagues you would like to see in FIFA 18.

There are many FIFA 18 rumours, but most of them are fake. We picked the most reliable rumours, added our perception and share our opinion with you about the most likely FIFA 18 new leagues.

The main leagues from Brazil, Israel and Ukraine are by far the most wanted ones. But the community wants to see even more leagues in FIFA 18. They also want other new leagues, as the main ones from China and India. However, it will not be easy to have new leagues this year on FIFA 18…

EA Sports has decided to drop this league in FIFA 16 because of problems with image rights. The players from Brazil were no longer represented by FIFPro and, since this was the association which mediated the negotiations, they started to negotiate individually. Something completely impractical. Flamengo and Corinthians still have one more year of exclusivity with Konami, which means that Serie A will no be included into FIFA 18.

This was the perfect timing to add the league to the game because many popular players moved to China and the league has now more fans than ever. However, the priority is to improve the realism of the most popular leagues. Sam Riviera, FIFA producer, already confirmed that the Chinese League will not be included into FIFA 18.

FIFA 18 will be the most authentic game of the series as the agreements all around the world show.
La Liga seams to have good chances of having the same treatment the Premier League had in FIFA 15. In other words, besides fully licenses, there will be more careful in replicating every detail, from the advertising boards to the television broadcasts. The first FIFA 18 videos also showed that Bundesliga and MLS will be more authentic than ever.

And you? Which new leagues are in your FIFA 18 wishlist ? Share your thoughts with us in the comments.