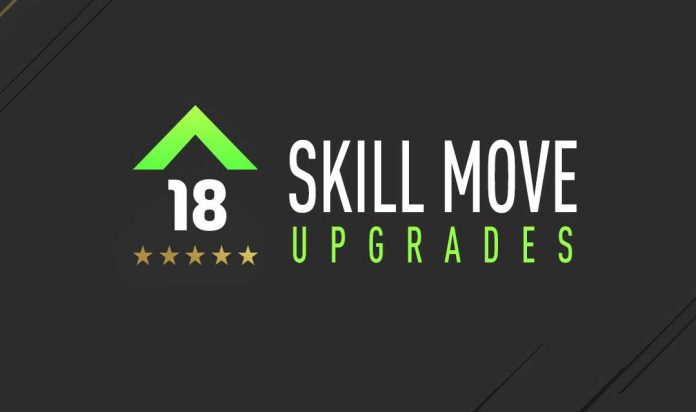 FIFA 18 skill upgrades Guide includes everything you need to know about this update, including the release date, the rules and the list of the new FIFA 18 four star skillers, as well as the players who were upgraded to 3 stars.

The Star Skill Moves measures the ability that a player has to perform technical moves. To all skill moves are assigned a number between 1 (least complex) and 5 (most complex). The players with higher skills, like Ronaldo, are able to perform more complex moves. If you often use these moves to confuse the opponents, you should pay attention to this attribute. Otherwise, you will not be able to perform all the player’s skills.

Once a year, Electronic Arts updates the game database, upgrading the star skills of dozens of players. The FIFA 18 Skill Upgrades apply to all player’s versions, including the ones you own in your club, the IF / special cards and the ones you pull from packs. Just remember to restart FIFA and re-enter FUT to apply the update.