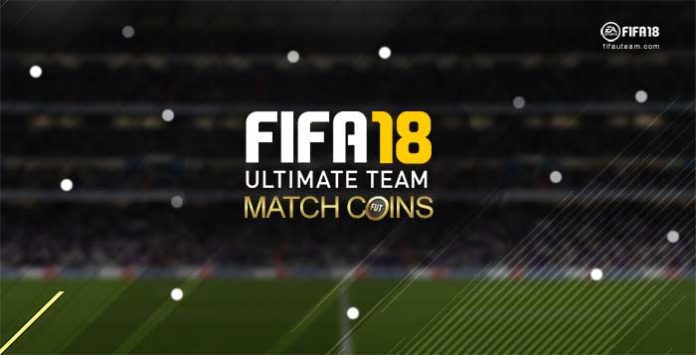 Do you want to know how the FIFA 18 match coins awarded are calculated? You just need to keep reading this article.

How many coins you receive in each match?

Even if you think you already know how match coins awarded works, you should read our explanation. It will help you to make better decisions and improve the amount of coins you earn.

Match Coins Awarded (MCA) are the coins you earn every time you play a Ultimate Team match.

They depend on how much time you played, how well have you played, the match category, the active EAS FC bonus and the competition performance, according to the following formula: As you can see in the image, to calculate the FIFA 18 match coins awarded you need to know the Skill Rewards,the DNF Multiplier, the EAS FC Coins Boost, the Competition Reward and the Completion Award.

Summary
Skill Rewards are the sum of bonuses performance and penalties performance. Player’s good performances are rewarded with FIFA 18 coins, while there will be coin deductions for negative performances.

How is Calculated
It is the sum of the bonuses by scored goals, shots on target, successful tackles, corners, clean sheets, pass accuracy, possession and man of the match and the sum of the penalties by against goals, fouls, cards and off sides according to the following table that shows the number of coins awarded/deducted for each performance:

Summary
The DNF Multiplier is a coefficient that measures the number of unfinished matches (Did Not Finish), as well as the importance and difficulty of the different game modes and opponents.

The DNF Multiplier is the most complex part of the Match Coins Awarded calculation. For that reason, we published an article to explain it. Please click here to read it.

Summary
To earn the maximum possible, the 325 coins, you need to play the match until the end.
If you drop it earlier, you will get only a portion of coins according to the time played.
A DNF (did not finished) match will have a completion award only for the side who didn’t cause the disconnection, calculated based on minutes have been played.

Summary
The EAS FC Catalogue item allows you to receive some additional FUT Coins for each match you play and the item is active. They can be purchased by Football Club Credits and can add up from 200 to 1000 coins to FUT matches you play – depending on their pack type and your XP level. Once a coin boost is redeemed, you will get a certain number of extra coins for each match you finish.

How is Calculated
See the following table, please.

Summary
Prize assigned to TOTW Challenge winners or according to the online / single player seasons performance.