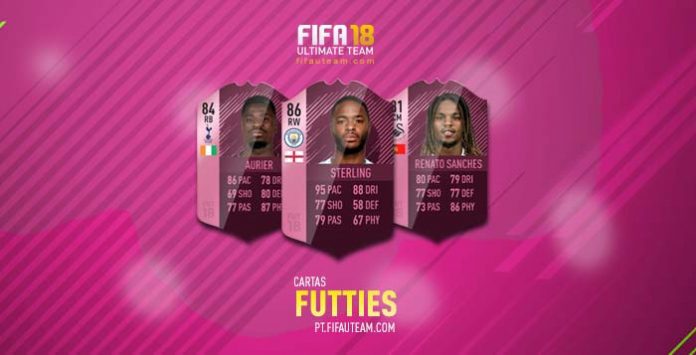 What are FIFA 18 FUTTIES?

The pink cards were released for the first time ever in Ultimate Team history for FIFA 15 Ultimate Team, exclusively for iOS and Android devices. EA Sports and RED Apple have partnered up and released a new exclusive players pack for 50k and a limited-time tournament with a pink Marquez as prize. All the proceeds went to (RED)’s fight against AIDS.

On consoles, the pink cards were assigned to FUTTIES, the special award in-forms chosen by the FIFA community. The nine players with more votes, for each one of the award categories, get one of these cards with boosted stats.

Your votes will decide who wins the FUTTIES! When you log in on specific days during the event, you will receive the three FUTTIES Nominee items. Submit one Nominee item (out of the three) to that day’s special SBC to cast your vote for the player you’d like to see win a FUTTIES item. The most-submitted player from that day will get a FUTTIES Winner item with a ratings upgrade on the following day, only available by completing the Winner SBC. Completing the Winner SBC is the only way to get the Winner item, Nominee items DO NOT get an automatic upgrade. There are nine total categories for the FUTTIES: GK, LB, CB, RB, CM, RM, LM, ST, and Fantasy Positions. The Winner item for one category will only be available through completion of a Weekly Objective. Note that the Nominee items only have base ratings and will not receive any upgrades if the player also gets a Winner item. Based in our past experience, and since this is a year of World Cup, we estimate the FIFA 18 FUTTIES release for July 18, 2018. It probably will run for four consecutive weeks.

The ratings and attributes of the FIFA 18 FUTTIES cards are usually boosted in one or two points, compared with their last TOTW/Specialcards or, if they don’t exist, their regular cards. The attributes have a similar increase but it doesn’t mean that all attributes have to be improved.

FUTTIES Cards from FIFA 15 to FIFA 18

What you need to know about FUT 18 Pink Cards

Q: What are FIFA 18 FUTTIES card?
A: FUTTIES are pink IF cards voted by the FUT community.

Q: When FIFA 18 FUTTIES cards are released?
A: In July.

Q: Who chooses the FUTTIES?
A: The FUT community. You’ll be able to vote for your favourite FIFA 18 Ultimate Team players in 10 award categories celebrating their in-game heroics for your FUT Club. After the votes have been tallied, each award category player with the most votes will receive a special pink FUTTIES in-form with improved stats.

Q: Are all the FUTTIES boosted stats?
A: No, only the winners.

Q: Can a FUTTIES player’s rating change?
A: No, FIFA 18 FUTTIES cards ratings remain unchanged after being implemented into the game.