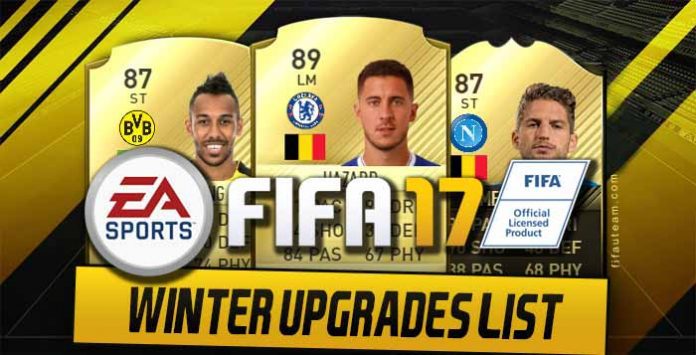 Different to what happens on other game modes, the players aren’t automatically updated throughout the season according to their appearances in real life. Some may receive In Form cards, but most players remain with the characteristics they were given at the start of the season. In Ultimate Team, upgrades are made through the release of new cards in determined periods. The first one happens within the transition of one FIFA to another looking to reflect the player’s evolution between two seasons. The second one, in February, rewards the players who stood out the most along the first half of the season with the release of new (improved) cards. That’s exactly these winter upgraded players cards that are being released now.

Upgrades apply to new non-inform players found in packs. Non-IF players in your Club will not receive an upgrade.

If an upgraded player’s new OVR rating equals or surpasses his existing first in-form’s rating, his IFs will get an upgrade.

If an upgraded player’s new OVR rating does not equal or surpass his existing in-form’s rating, his IFs will not get an upgrade. (Ex: Jamie Vardy went from 71 to 75 OVR, his 82 Record Breaker will not receive an upgrade)

However, if an upgraded player with an existing IF gets upgraded across Quality tiers (eg. Silver to Gold), his lower-quality IF will not get an upgrade. This preserves the in-form’s high value. (Ex: Jack Butland’s item is now Gold, but his Silver In-Form will not receive an upgrade and stays Silver.)

If you already own the in-form version of an upgraded player in your Club, your IF will get an upgrade. Here it is the official list of confirmed FIFA 17 Winter Upgrades: