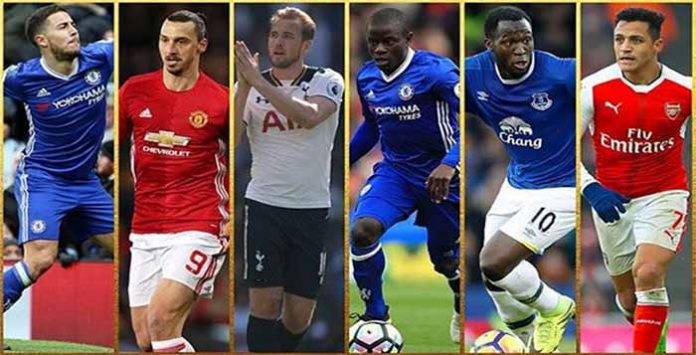 Eden Hazard, Zlatan Ibrahimović, Harry Kane, N’Golo Kanté, Romelu Lukaku and Alexis Sánchez. One of these players will be the FIFA 17 Premier League Player of the Year (POTY).

The PFA have announced this year’s nominees ahead of the 2017 PFA Awards, with the prestigious event to be held at the Grosvenor House, London on April 23. The FIFA 17 Premier League Player of the Year winner will receive a special POTY card.

The PFA Awards celebrates the best of English football in an evening attended by hundreds of current professional stars of the game, to recognise the outstanding performers in every division.

PFA Chief Executive, Gordon Taylor OBE: “The PFA Awards is always a special occasion and one of the biggest nights in football’s social calendar.
“For the winners who are honoured at the awards, there can be no greater personal accolade than that of being recognised by your peers; an honour to be cherished.”

PFA Members from 100 clubs (Premier League, Football League and WSL) have been voting and the shortlists for the nominees are as follows (Men’s PFA Players’ Player of the Year 2017):