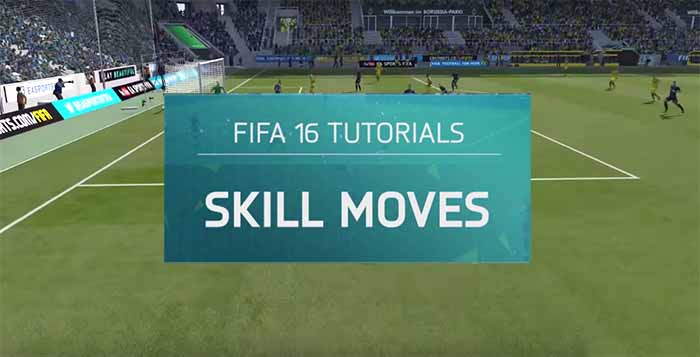 If you want to have success into the pitch, you must to know the basic controls of the game.
In this tutorial we will share with you the best FIFA 16 tips about intermediate skill moves.

To do the stand fake pass hold RT (XBox) / R2 (Playstation) while standing still and perform a fake shot by powering up with the shoot button and cancelling with the short pass button. Your player will kick the ball and then drag it back again with the sole of their foot.

To perform the heel flick turn, hold RB (XBox) / R1 (Playstation) and flick the right stick forward then back. Your player will drag the ball back, tap it with the other foot and kick it in the opposite direction to forward on coming defender.

For a simple rainbow, flick the right stick back the forwards twice. Time it right and your player will flick the ball up in the air and overhead. Use it to fall a defender and if you just feel like showing off.

To do some intermediate skill moves, you may need to use a modifier as well as the right analogue stick. Be sure to spend some time in the practice arena to properly learn these skills. Please, be sure that you already know how to perform the basic skill moves, before going to more difficult ones.