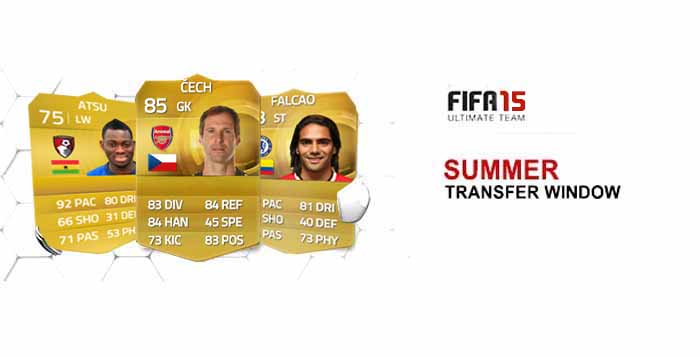 Know here who moved to another club and got a new card with the help of our complete list of FIFA 15 Ultimate Team Summer Transfers.

Use CTRL+F or Command+F to find a specific player


The New FUT 15 Cards of the Summer Transfers Season

Many players find a new direction for their career during the winter transfers window.
In order to keep the game updated, EA release new cards to these players in their new clubs. These cards replace the old ones into packs. The cards with the old clubs are not updated and are no longer released in packs. That is, the same player can have cards from two different clubs at the same time but can be found in packs only with the new club.

The new cards allow you to build more teams with good chemistry.

The first batch of new cards was released at July 3rd.

You can find a full explanation about how FIFA 15 Ultimate Team Summer Transfers works clicking here. We will keep this list updated with all the FIFA 15 Ultimate Team Summer Transfers.