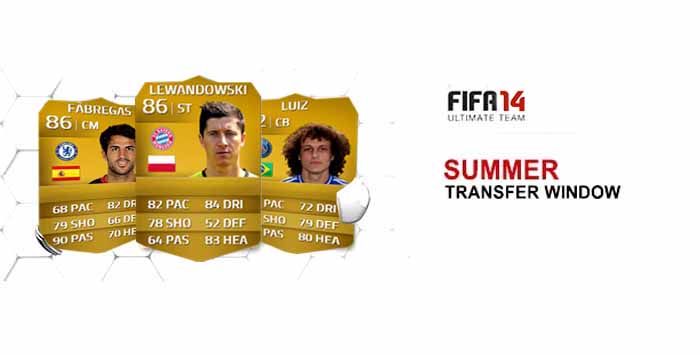 Use CTRL+F or Command+F to find a specific player

The New FUT 14 Cards of the Summer Transfers Season

Many players take a new direction on their career during the Summer Transfers window.
In order to keep the game updated, the EA moves to FIFA 14 Ultimate Team what is happening in the Summer transfers market.

The FUT 14 cards of players that are transferred start being released with the new club. The cards with the old club are not updated and are no longer released in packs. That is, the same player can have cards from two different clubs.

The great interest that these new cards may have is to allow more combinations of teams without damaging the chemistry. We will keep this list updated with all the FIFA 14 Ultimate Team Summer Transfers.