St Patricks Day is a cultural and religious celebration held on 17 March, the traditional death date of Saint Patrick, the foremost patron saint of Ireland. Electronic Arts joined in FIFA 13 to the Irish celebration that takes place every year, releasing the most awaited tournament of the year. This special FUT tournament is usually the one with the greatest win rewards.

Since FIFA 15, EA is also releasing special Irish themed FUT promotional packs and assigning green cards to a selection of twenty three Irish players, just like it happens with a TOTW. The only difference between these cards and the original ones is the colour. During five days, the player’s cards pulled from packs are released on green instead of their normal colours. The discard price of these cards are also different. The FIFA St Patricks Day cards have the same quick sell prices of the others In Form cards. 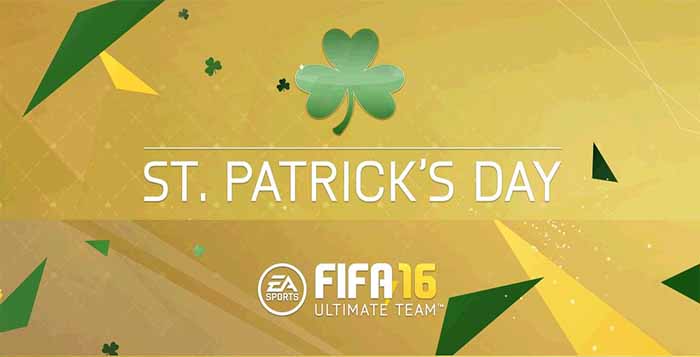