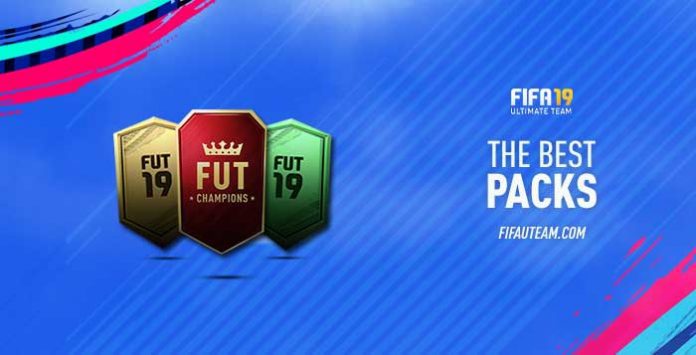 Opening packs is part of the FUT 19 fun. However, it is much funnier when you pull good cards from packs, which is something not easy to achieve. If you are thinking to open packs, you should know which ones are the best packs to buy on FIFA 19 Ultimate Team.

What this guide will show you

If you are reading this guide that’s because you want to know, or at least to confirm, which are the best packs of FIFA 19 Ultimate Team. Obviously, it depends on what you want. If you want to build a bronze squad, you should buy a bronze pack. If you want to get more contracts and other consumables, you should try the consumables packs. However, most of the players want to put their hands on the best and most expensive cards in the game. In that case, they will need to buy Gold packs. But which one?

The Ultimate Pack, which contains 30 gold rare players, is by far the best promotional pack in the game. However, it is also the most expensive one. What is important here is to know which pack has the best cards for the less price possible. Our advice is very simple: purchase the available gold pack with the lowest price per rare player card. These are the only cards that can make someone rich. The other cards are almost worthless.

To know which packs have the lowest price per rare card, we only need to divide the price by the number of rare cards. It is easy to do it, following the table below. However, we should pay attention to the category of the pack and if there are other cards besides players. The best packs are the ones with guaranteed rare gold players cards. Into this group, the Premium Gold Players Pack is two times more expensive than the Rare Players Pack or the Jumbo Rare Players Pack. This difference is not so high if we use FIFA Points to pay instead of coins. It may be weird but EA Sports doesn’t use a proportional relation between coins and FIFA Points. For example: Jumbo Premium Gold pack and Silver Upgrade pack both cost 15,000 coins but the first one may be purchased with 300 FIFA Points while for the second we only need 50 FIFA Points. Players should also pay attention to this aspect. That’s the reason why we analyse separately the packs bought with coins and the packs bought with FIFA Points.

There are three types of FIFA 19 Packs for Ultimate Team:

P PROMO PACKS
Available only on specific periods of time.

F FREE PACKS
Not available to purchase on the store. They are assigned to you in the beginning of the game, as daily gifts, event offers and as draft, Squad Battles, SBC, FUT Champions and seasons rewards.

If you want to know more about the FIFA 19 packs, click here.

The Best Packs of FIFA 19

The most wanted packs of FIFA 19 Ultimate Team

Here are the best packs of FIFA 19 Ultimate Team.

This is the most wanted pack of FIFA 19 Ultimate Team. Can you imagine to open a pack with guaranteed 11 TOTW gold players? Unfortunately this pack is only available as a weekly reward for who ranks in the top 100. If you are not one of the best FIFA players in the world, all you can do is to watch it on Youtube.

Just like the Ultimate TOTW pack, this one is an exclusive for the best FUT Champions players of the week. It includes 3 TOTW players from the week they were earned in. Even if you had no luck and got bad cards, discarding them will give you around 30k coins.

The Best Packs to Buy with Coins

Ranking of the best packs your coins can pay

The packs of the previous chapter are amazing but they are not available on the FUT store.

We watched hundreds of pack openings to determine, in average, how many gold rare players cards each promotional pack includes. It was not easy because we need to know, for example, how many consumables cards a Mega Pack has or how many gold players cards are rare in a Jumbo Premium Gold pack. You will not have to worry about that because we did the hard job for you. All you have to do is to check the following table to discover the best packs to buy with coins on the FUT 18 store.

As you probably expected 50k, 100k and 125k are the best packs, because you only have to spend 4000 coins for each gold rare player. However, those of you who thought that 25k Premium Gold Players packs were good, well you are wrong. It is cheaper to buy multiple 15k packs.

This is the best pack your coins can buy. Well, in fact this is as good as the 100k and 125k packs. The biggest difference between them is that with this pack you have the option to pull less cards. For example, you don’t have to open two 100k packs if you only want 36 rare gold players cards.

You are still thinking why 100k packs are the most popular ones but were not chosen for the top of our ranking, right? We can give you another reason. When you open a 100k pack you can only pull one Ronaldo while when you open two 50k packs you have the chance to pull two of these cards. Yes, we know that will never happen but it is still possible at least with other high rated players.

The Ultimate Pack was released for the first time in FIFA 16 and it is now one of the favourites of the FIFA community, just like the Jumbo Rare Players pack. Usually, it is available during the most popular FUT events of the season.

The Best Packs to Buy with FIFA Points

Ranking of the best packs bought with FIFA Points

Once again, the 50k, 100k and 125k are the best packs money can buy. The Rare Players Pack is the one you will find more times in the store.

There is no reason why 100k packs are viewed by the community as much better than the 50k packs. In fact, it is very easy to compare them: double of the cards, double of the price.

We are almost at the end of our guide and we almost forgot to give you our best advice: don’t buy packs. They are a waste of your money. Even these Ultimate Packs are too expensive, especially when you can trade or buy coins directly.