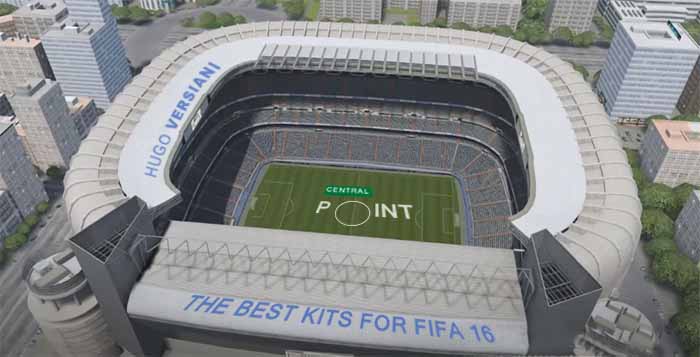 The Best Kits to Use in FIFA 16 Ultimate Team

A club’s visual identity during the season is made of three elements: name, badge and kit. The last element is always the one in the dispute among football fans. It goes from the most simplified and to extremely extravagant ones, FUT gives us the opportunity to get to know of clubs we never knew existed and use their kits along the season.

The several types of FUT players out there have, basically, two criteria for their kit choice. The first one will be the club they support. Wearing the t-shirt of the club they’re used to cheer for brings up emotions. The second one, an unusual kit, is the kit from a different and unknown team which will give your club a unique look.

For a long time the main clubs of the world have used only their first and second kits, although now third/alternative kits came to stay. Whichever your appearance preference is, today’s Central Point looked into all the kits of all the clubs in FUT to select the top 10 most different kits for you to dress up your players with. By the end of this article you’ll have seen unknown kits that can be strange and fancy at the same time, and by the end of the week your club will probably be wearing some different colours.

By changing badge and sponsors we’d get a nice Brazilian kit, what about that?

Nice little copy and paste the badge but on different proportions. Its colour reminds me of street football, simple and beautiful.

Basic colours and no sponsor highlighted. The Russian club’s kit is pretty nice due to its simplicity.

Are they a reference to the Brazilian fauna or what?

If the main idea was it to be something like a camouflage, someone knew what they were doing with the final art, it’s something completely out of the FIFA pattern.

Three images are worth more than a paragraph or words. These are genuine Arabic works of art.

These are the top 10 kits chosen by Central Point. If you have any suggestions, don’t hesitate to leave a comment, after all we have all kinds of tastes for all kinds of people in FIFA Ultimate Team. Until next time!