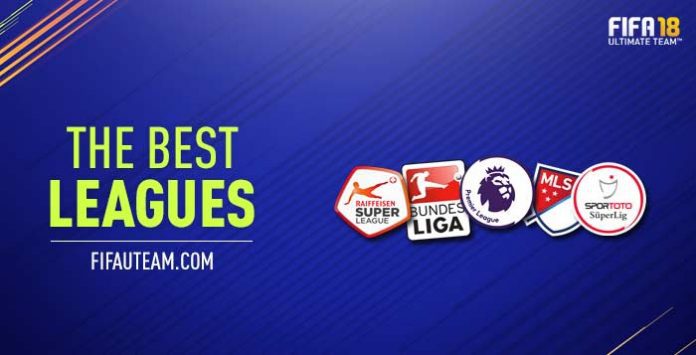 The easiest way to start building a FUT 18 squad is to pick a league. If you still don’t know which one to choose, get to know the strong and weak spots within the most popular choices. With our help, you will be able to find your best FIFA 18 Leagues to play on your FIFA 18 Ultimate Team campaign.

The Best FIFA 18 Leagues to Play

Every single year, dozen of players ask us our opinion about which league should they pick to build their squad. The answer is not easy and depends on many factors, including your budget, play style, preferences, favourite formation and the time you plan to play. In order to give you an extra help, we decided to create this article showing the strong and weak points of each one of the most popular leagues.

The main football league in England works as basis for most FIFA 18 Ultimate Team squads out there. Why does that happen? First, because it’s where more people play the game. Besides that, this league is considered the most spectacular professional football league in the world. But there are more reasons. Actually, this is one of the best FIFA 18 leagues to choose to a squad because although it’s not the one with the best players in the game, it’s got more quality players than any other. You have so many choices and potential variations to exercise, which means you can easily find a great team according to your preferences. The fact that the best players in the world are from other leagues is probably not a disadvantage because they’re so expensive that few people are able to buy them. The Premier League still has got one more advantage: the fact that it has many players from other countries makes it easier for hybrid teams to be built based on it.

Alexandre Lacazette, Bernardo Silva, Álvaro Morata and Mohamed Salah were all great additions to this league, but none of them got a spot in the best team possible. 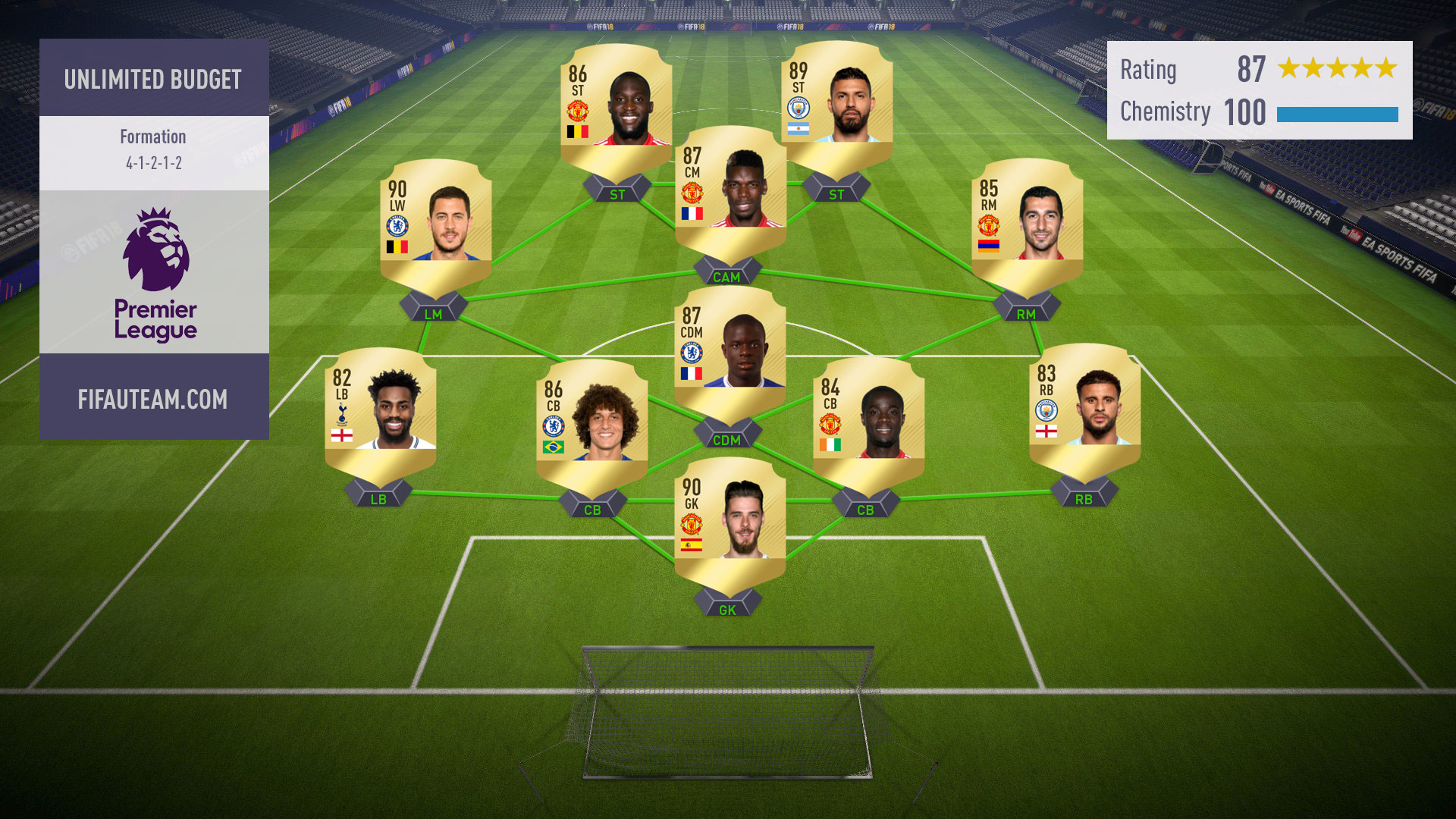 LaLiga is also one of the top leagues, but not just because it’s got elite players such as Cristiano Ronaldo, Sergio Ramos, Lionel Messi, Gareth Bale and Luis Suárez. This is the mandatory squad league for people with an unlimited budget on FUT 18. Just the five players mentioned above will form almost half a team with a quality level you won’t find anywhere else. However there are few game players who can afford such players when building a squad. Even for a somewhat limited budget, the Spanish league comes out as a good option mainly because you can build a squad as good as a Premier League by spending way less coins. One of the good things about this league is that all positions are occupied by players that offer guaranteed quality.

If you have a good budget you need to use a formation with wingers since the best players in the world for this position play in this league. 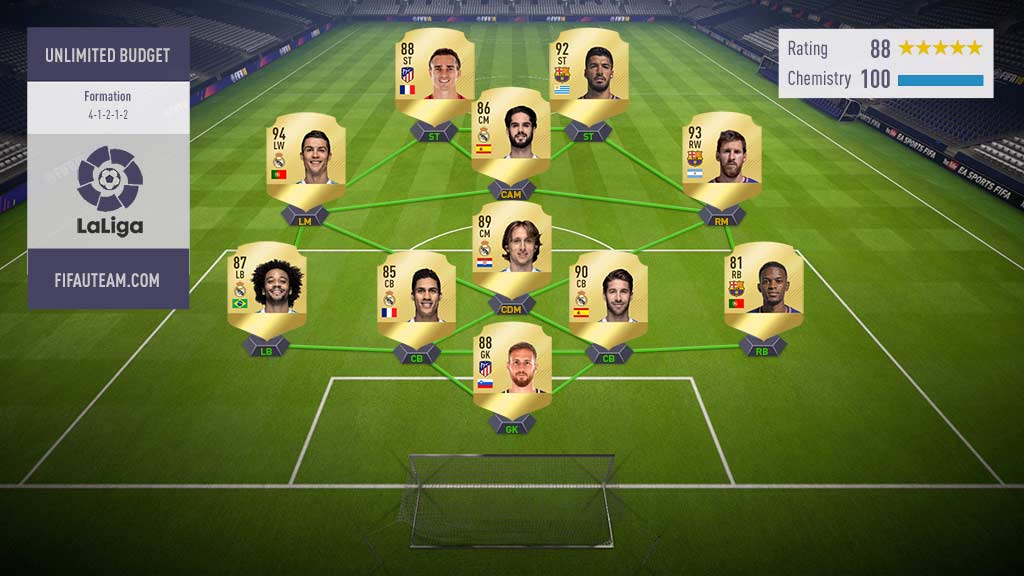 The FC Bayern popularity is not the only reason why the main German football league is, at the moment, the third most used league in FIFA 18 Ultimate Team. It always has good solutions for every – or almost every – position, with a more accessible price than the Premier League. However, there are not many replacements for the top-quality players. In other words, most of the times, for each position, there is only one good player. Still, it’s possible for you to build an excellent squad based on the Bundesliga with less than 1 million coins. Just as example, the unlimited budget squad of the Bundesliga we suggested in our league’s guide is most rated and cheaper than the one from the Premier League. If these numbers are too big for you, we advise you to move on to another league.

This year, the chance to join Thiago, James and Vidal in the midfield is one of the things that may convince you to play with this league. However, what really draws attention is the front line with Lewandowski and Aubameyang. No other league has two dangerous strikers as this one. 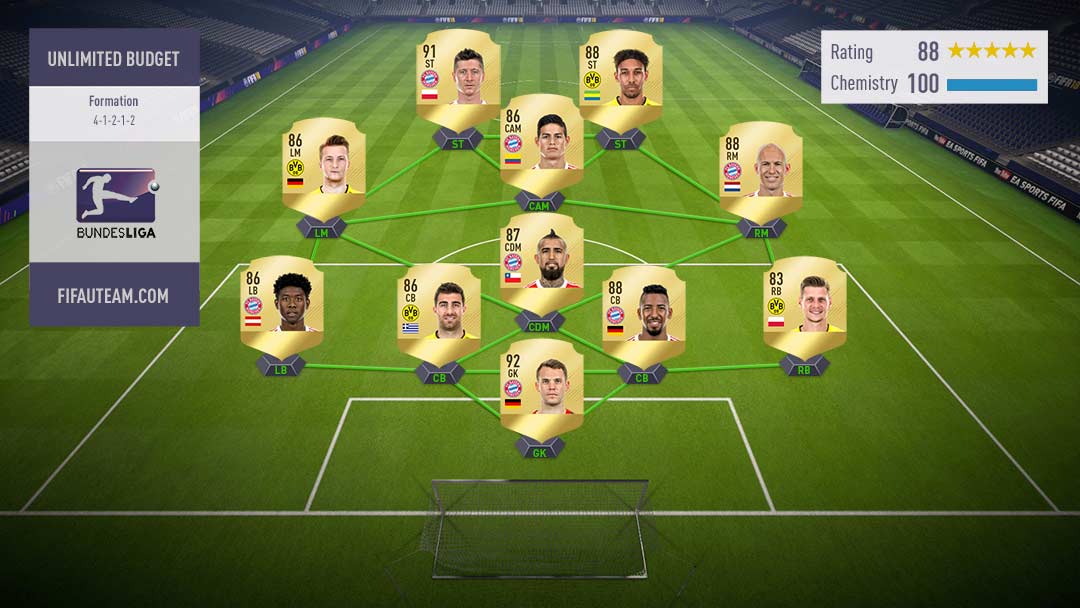 Do you feel like you can’t gather the coins necessary to build a squad based on one of the three leagues we described previously? Don’t worry. The Serie A allows you to start from low or medium spending capacity while that doesn’t mean a significant quality loss. It is no doubt the best FIFA 18 league regarding price vs quality for you to face any opponent head-to-head. Even with you not being able to reach an 87 squad rating, which you won’t, you definitely won’t fail to have a good squad, plus you’ll have that with the advantage of not carrying the responsibility of owning the most expensive teams. The prices are somewhat attractive in a way that you can buy two of our suggested squads for the price of Cristiano Ronaldo card.

This is basically a league with a defensive style and many options to the centre of the midfield. The biggest problem of this league is the lack of good wingers. If you plan to build a squad based on this league, try to avoid the use of formations with wingers. 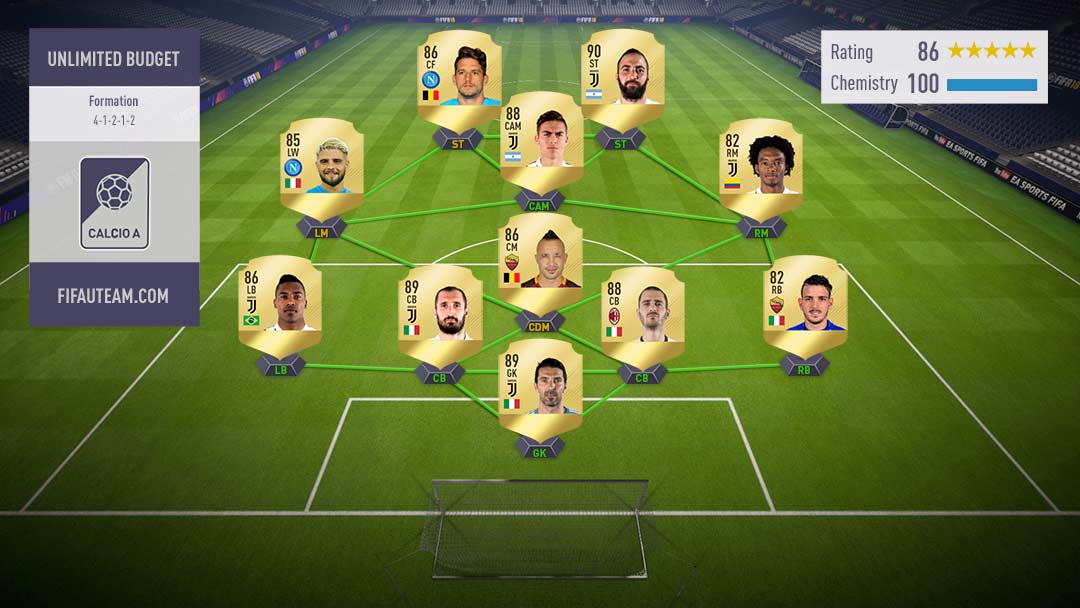 Among the five leagues given as the most popular ones, the Ligue 1 is clearly the weakest. It’s relatively cheap, more than the Serie A, but it doesn’t offer quality solutions for all positions like the Italian league does. You just have to take a look at the left backs to realise you’ll need to make a few adaptations in order to build a sufficiently competitive squad based on this league, especially now that some popular players like Aurier, Lacazette, Tolisso, Benjamin Mendy, Bernardo Silva, Tiemoué Bakayoko and Blaise Matuidi have mode for other leagues.

People who want to build a strong team based on the French league will be forced to use Paris Saint-Germain players. They fill the league’s tough core. Names like Thiago Silva, Neymar or Di Maria are an absolute choice for any team. There are alternatives but the truth is that they’re never as good as, for example, what you get in the Serie A. 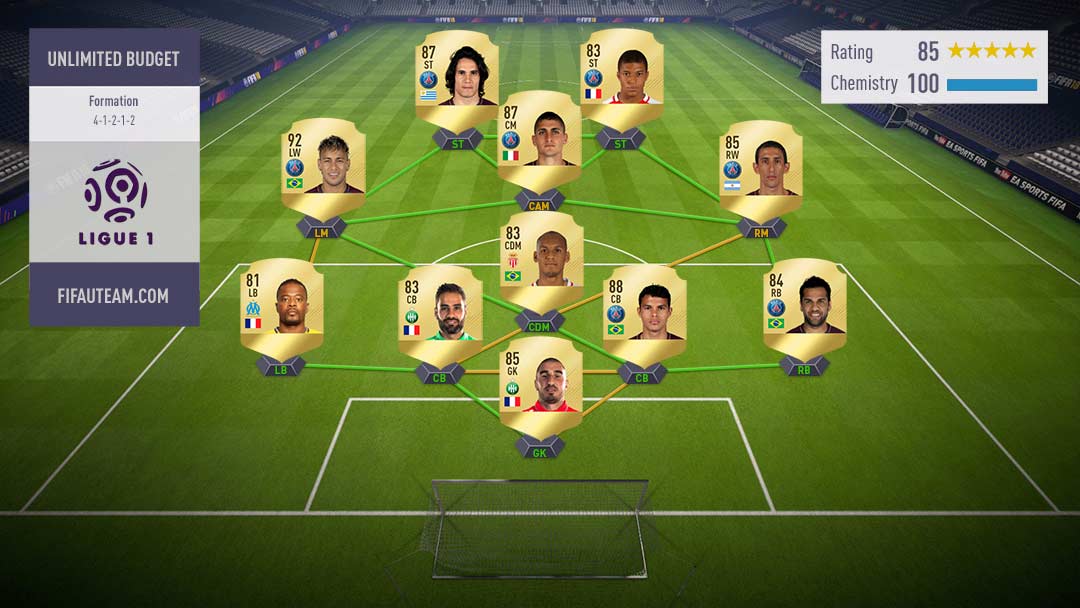 If your budget is low, there are leagues that can be quite useful to you. Here are the Portuguese, Russian and Turkish leagues. Having them as base, you’ll be able to build minimally competitive squads with just a portion of your coins. The biggest problem you might come to find is player’s choice as there are not many. Since there are less players in these leagues, some positions can’t be occupied by players of the same quality as the rest. There is a point where you might have to call on silver or even bronze players. This is particularly noticed when it comes to defenders. Unbalanced but yet interesting squads can be frequently seen.

Which one is, in your opinion, the best FIFA 18 league to use in your Ultimate Team squad? Share your opinion with us in the comments, please.